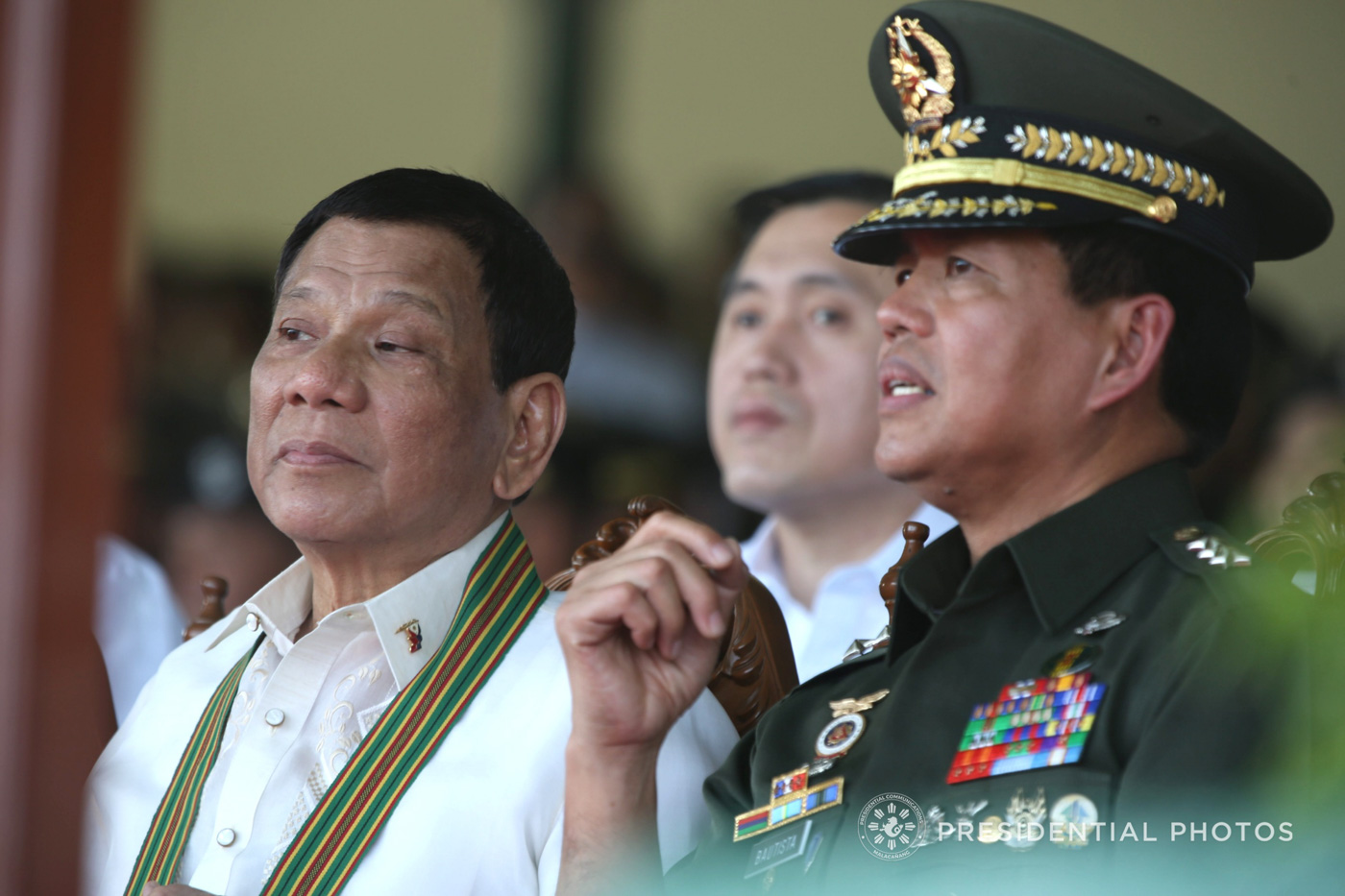 Duterte revealed this on Thursday, October 4, during his dinner with members of the Philippine Military Academy Alumni Association in Malacañang.

Bautista is set to retire from the military on October 15. Prior to heading the 90-000 strong Philippine Army, he was the overall ground commander in Marawi City.

But just last September 16, Duterte said he had offered Bautista the post of National Food Authority Administrator. Bautista was supposed to replace another former military man, Jason Aquino, who had allegedly asked to be relieved after facing a string of controversies amid rice shortage.

Executive Secretary Salvador Medialdea confirmed to Rappler that Duterte’s new offer to Bautista is for the post of DSWD chief.

Medialdea said Bautista did not decline the NFA post but that the President simply made another offer.

Duterte had initially considered Senator Loren Legarda to be his next social welfare secretary, after left-leaning Judy Taguiwalo was not confirmed by the Commission on Appointments.

In a Facebook post on Friday, October 5, Taguiwalo slammed Duterte’s decision to choose a military general to head the DSWD, saying this reflected the “growing militarization” of the Duterte administration.

“Based on previous information, he would be the 60th military person appointed by President Duterte in the civilian bureaucracy,” she said.

Taguiwalo said the DSWD “is a civilian post that is mandated to provide welfare assistance to the most vulnerable and disadvantaged in our society.”

“Social welfare principles include upholding the dignity of individuals and respecting their rights. Hence a strong emphasis on people’s participation in the crafting and execution of the agency’s programs is a given,” she added.

She said that with the choice of another military general to lead a civilian agency, “civilian supremacy over the military is being thrown out of the window!”