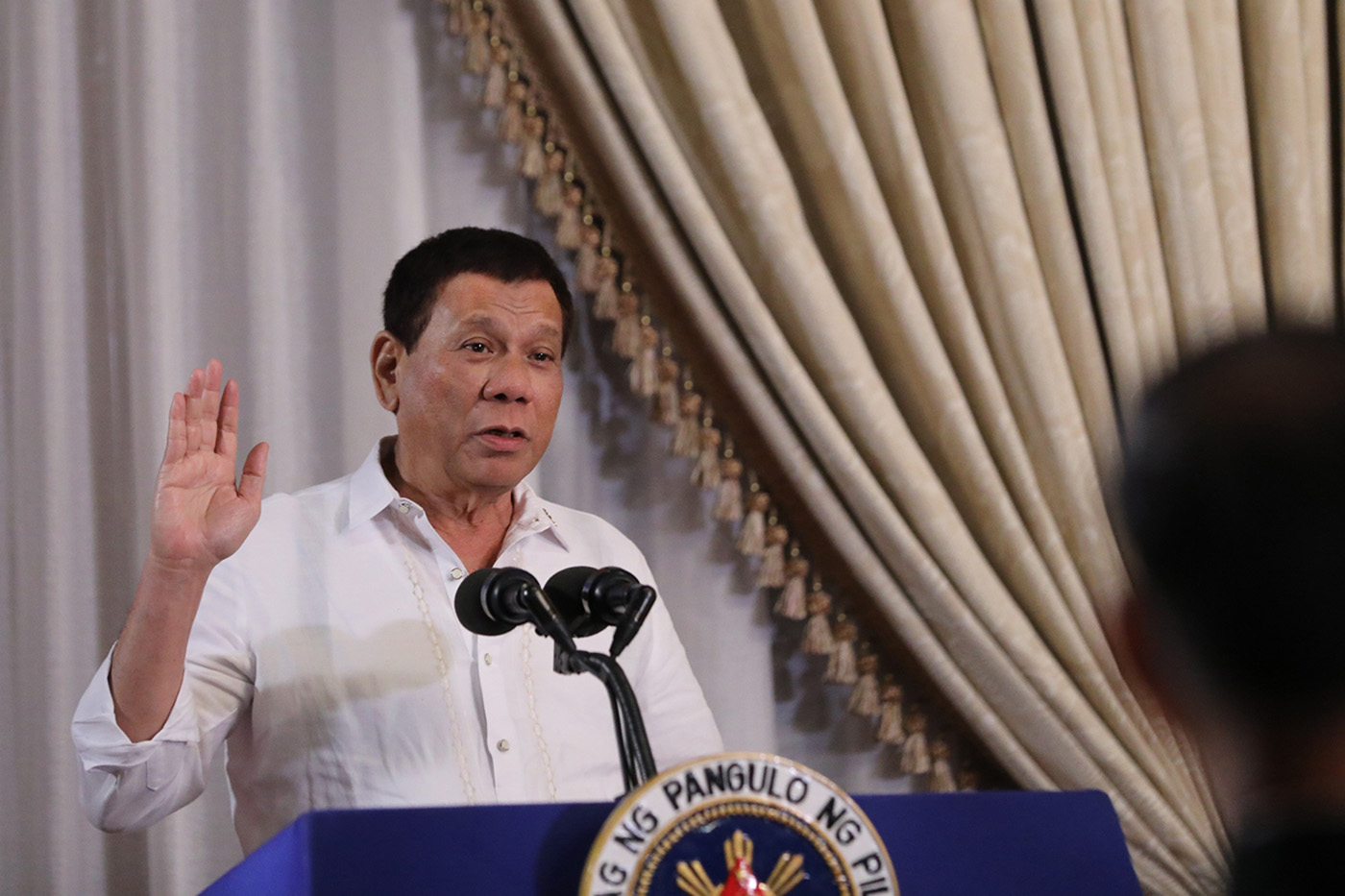 MANILA, Philippines – Six in 10 Filipinos believe that the state of President Rodrigo Duterte’s health is a public matter that the people should be informed about, a Social Weather Stations (SWS) survey released on Sunday, October 7, showed.

The Third Quarter 2018 Social Weather Survey was conducted from September 15 to 23, over a week ahead of Duterte’s own confirmation that doctors found a “growth” during a medical procedure which prompted him to undergo another round of hospital tests. (READ: Duterte confirms hospital visit: ‘I’ll tell you if it’s cancer’)

The SWS said the survey showed that 61% of Filipinos are of the opinion that  “President Duterte’s state of health is a public matter that is why the public should be informed of everything about this.”

It said 33% of Filipinos believed the President’s state of health “is a private matter that is why the public does not need to be informed of everything about this.”

According to the survey,  55% of Filipinos said they are worried that the President will have health problems, while 44% said they are not.

The pollster said the survey results showed that “majorities across the board say PRRD’s health is a public matter.”

“The proportion of those who say President Duterte’s state of health is a public matter was highest in the Visayas at 65%, followed by Mindanao at 63%, Balance Luzon at 59%, and Metro Manila at 58%. This is the dominant opinion across socio-demographics, ranging from 57% to 68%,” SWS said.

Belief that Duterte has health problems is stronger in Metro Manila, urban areas, upper classes, and among those with higher educational attainment, SWS said.

The following are the net belief – those who believe minus those who don’t – that Duterte has health problems in geographic areas polled by SWS, arranged from highest to lowest:

Among geographic areas, concern about the President’s health was especially high in his home region, Mindanao, where 61% of residents are worried that he will have health problems, followed by  Metro Manila at 59%, Balance Luzon at 53%, and the Visayas at 51%.

In a speech before doctors in Cebu on September 21, Duterte first confirmed he had a recent colonoscopy and endoscopy. Two weeks later,  before alumni of the Philippine Military Academy in Malacañang on October 4, he revealed he had a followup procedure to further check “samples” taken from him.

Aside from Barrett’s esophagus, the 73-year-old Duterte has admitted to a slew of other medical conditions, including Buerger’s disease and a spinal injury.

Lawmakers have called on the President to release his medical records and status, but to no avail. Duterte and Malacañang had said the people would be informed if the Chief Executive had a serious illness.

It said that survey items on people’s opinion about the state of Duterte’s health “were non-commissioned” and “were included on SWS’s own initiative and released as a public service. – Mia Gonzalez/Rappler.com