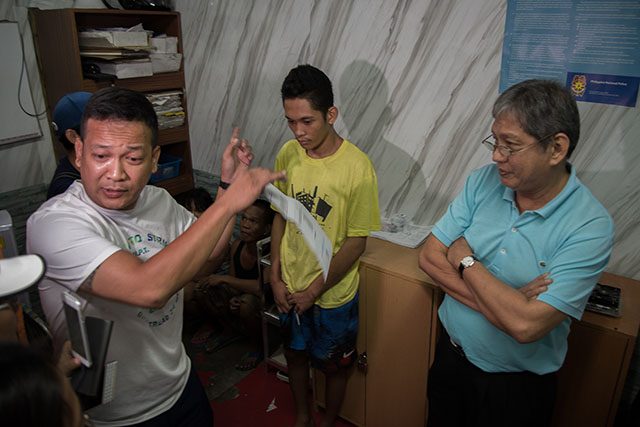 “If there are witnesses, kung merong mag-witness sa atin or magbibigay ng sanaysay na magpapatunay diyan (if there are people who will stand as witness or will give an affidavit to prove that), we’ll be very much willing to investigate that,” Albayalde said in a Camp Crame news briefing on Monday, October 8.

He was asked about Rappler’s running investigative report on killings in Tondo, which shows interviews with self-confessed assassins who said they were commanded to kill by former Manila Police District (MPD) Station 1 (Raxabago) Commander Superintendent Robert Domingo.

To recall, it was under Domingo’s leadership when the Commission on Human Rights found a secret jail cell  at the Raxabago police office. He is currently taking courses at the PNP Academy in Cavite to qualify for a promotion.

Need for complaint: According to Albayalde, before they could mount an investigation, they would need to be prompted by a complaint – in this case, accounts from confessed killers.

Asked if the PNP will recommend for the killers to be admitted as state witnesses, Albayalde said in a text message that the PNP will leave it up to the courts.

Will they be apprehended if they come forward? “Of course not,” he added.

Old script: Albayalde’s statement has been used before by cops to address drug war reports implicating their colleagues.

When Tondo witnesses told Rappler of a cop – Police Officer III Ronald Alvarez – executing kills in Manila and reporting the victims as drug suspects who fought back, then MPD Chief Directorial Staff Bartolome Bustamante said they would need affidavits of witnesses before they could investigate. – Rappler.com