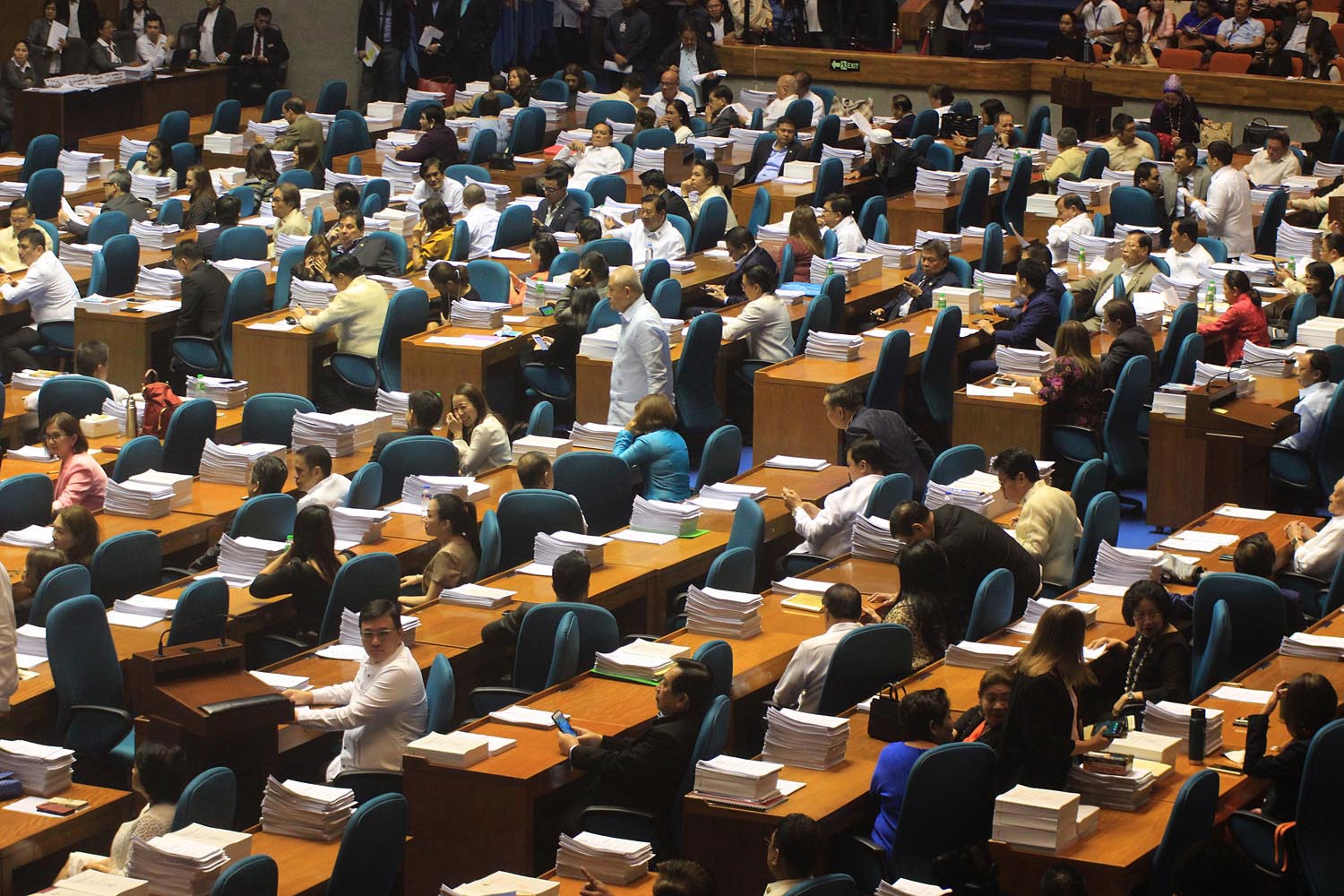 MANILA, Philippines – The draft federal constitution being proposed by Speaker Gloria Macapagal Arroyo would remove the term limits for members of Congress.

Resolution of Both Houses (RBH) No. 15, which is co-authored by 21 other legislators, removes the provisions imposing a two-term limit for senators and a 3-term limit for district and party-list representatives.

The term limit provisions for senators and House members are explicitly stated under Section 4 and 7, respectively, of the 1987 Constitution.

Under both the Con-Com draft and RBH 15, each term for lawmakers would be 4 years long.

He said the lifting of term limits would allow Arroyo, a 3rd-termer lawmaker, to run for office in the 2019 elections should the draft federal charter of the House be approved.

“Worse, this cha-cha (charter change) also lifts the term limits for congressmen and senators. So GMA in effect can still run for Congress; this is designed, thus, for her and many others to remain in power ad infinitum,” said Zarate.

“Just like before, we must do everything to derail this by pulling the plug now,” he added.

Unlike the Con-Com draft, RBH 15 does not have any provisions on the regulation on political dynasties.

The Con-Com draft states an elected official cannot be succeeded by a relative within the second degree of consanguinity or affinity. Persons related in this degree also cannot run in the same election cycle, unless one is running for a national office (president or vice president) and a local position.

How do lawmakers defend lifting term limits? On Monday, October 8, Arroyo said the lifting of term limits “is really a collegial decision.”

Muntinlupa Representative Rufino Biazon said one benefit of lifting term limits would be to ensure the legislative branch will be filled with experts in lawmaking.

He said the term limits being imposed by the 1987 Constitution leads to a situation where “we will always have a legislature [that is] lacking in experience.”

House Minority Leader Danilo Suarez supports the removal of term limits, arguing it would prevent political dynasties. But he said the number of candidates from the same family running for office should be limited.

(Dynasties happen because when an elected official has to run for another position, he or she would ask someone else to run for his or her old post. So two people with the same surnames will end up running. Now, if there is no term limit, it would just be the same person who will be elected again and again. No one else [from his family] will have the ambition to run.)