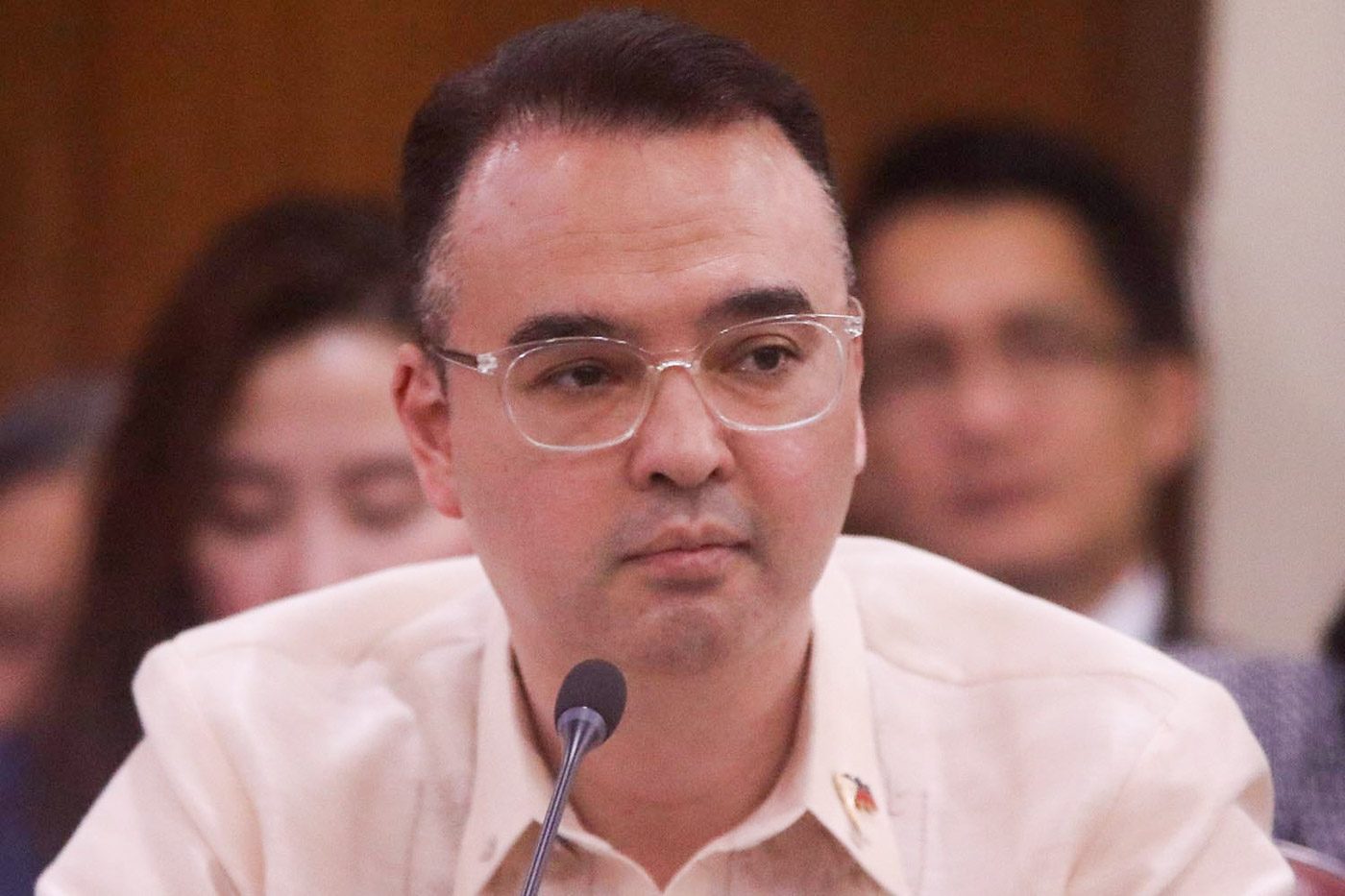 Facebook Twitter Copy URL
Copied
President Rodrigo Duterte announces that Foreign Secretary Alan Peter Cayetano has plans to seek a congressional post in 2019, prompting him to look for a replacement

Since Cayetano would have to resign by October 17, the last day of filing of certificates of candidacies for the May 2019 elections, Duterte said he had found a new foreign secretary, which he chose not to name just yet.

“I have a name. He agreed, but he did not authorize me to name him now,” said Duterte.

He said Cayetano will run for Taguig representative.

Who would be his new spokesperson if Roque resigns? The President said he had picked Chief Presidential Counsel Salvador Panelo to be his press secretary.

Asked what post he planned to give Panelo, Duterte said: “I’m going to reorganize. Press secretary.”

There’s a proposal in the Senate to revert the Presidential Communications Operations Office to the Office of the Press Secretary.

Duterte said given his plan for Panelo, he would need to look for a new chief Palace counsel.

Duterte also revealed that Roque planned to resign, not only because of his 2019 plans, but because he felt bad that he was kept out of the loop. (READ: Duterte asks Roque to reconsider Senate run)

“He said he would resign because he did not know I was in the hospital. He was not informed…. He felt he was placed in a bad light, like he was lying,” said the President.

But it later on became unclear if Roque would resign because Duterte said: “Hindi na siya tatakbo. Hindi ko na alam kung saan siya ilalagay (He isn’t running anymore so now I don’t know where to put him).”

With Panelo likely getting the post, what will happen to Andanar? Duterte said he would keep him on as a “consultant.”

“He will remain a consultant. So many things they have to reconfigure in PTV4, many changes there probably to make it more responsive,” said Duterte. – Rappler.com