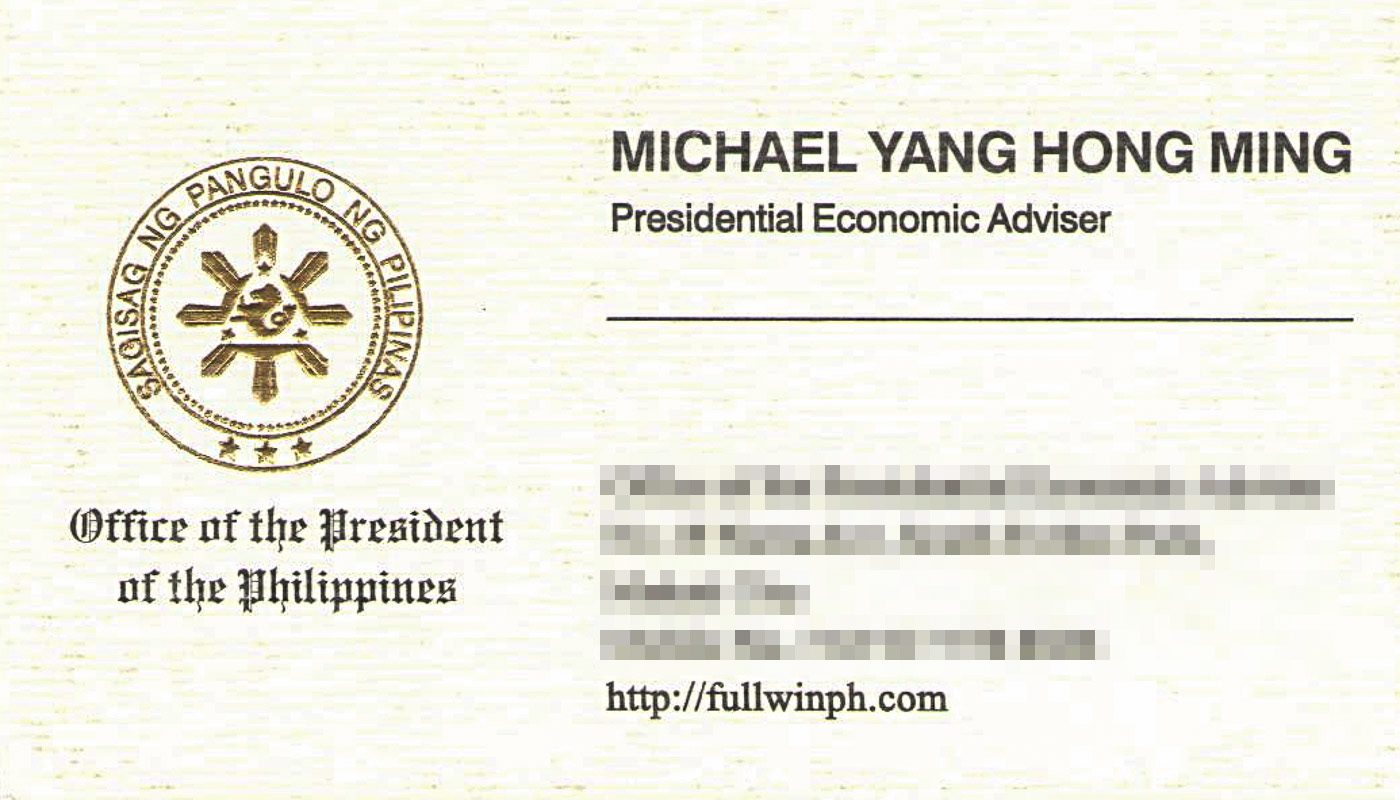 A photo of Yang’s calling card has the seal of the Office of the President of the Philippines prominently displayed on its left side. It identifies him as “Presidential Economic Adviser.”

Yang uses the name Michael Yang Hong Ming in the card. Another source confirmed that the card is similar to one they had received from Yang’s staff.

On the other side of the card, he is identified as Yang Hong Ming, chairman of the Full Win company. The company’s logo appears on the left, in the same part of the card where the OP seal is found on the other side.

There are rules regulating the use of the Malacañang seal.

Executive Order Number 310, issued in 2004, said the presidential seal should be “exclusively used to represent the President of the Philippines.”

There is even a specific provision that deals with the use of the seal in business cards.

It’s the Office of the Presidential Protocol that has the final say on how the seal can be used.

Any violation on the proper use of the seal “shall be severely dealt with administratively, civilly, and criminally,” reads the EO. 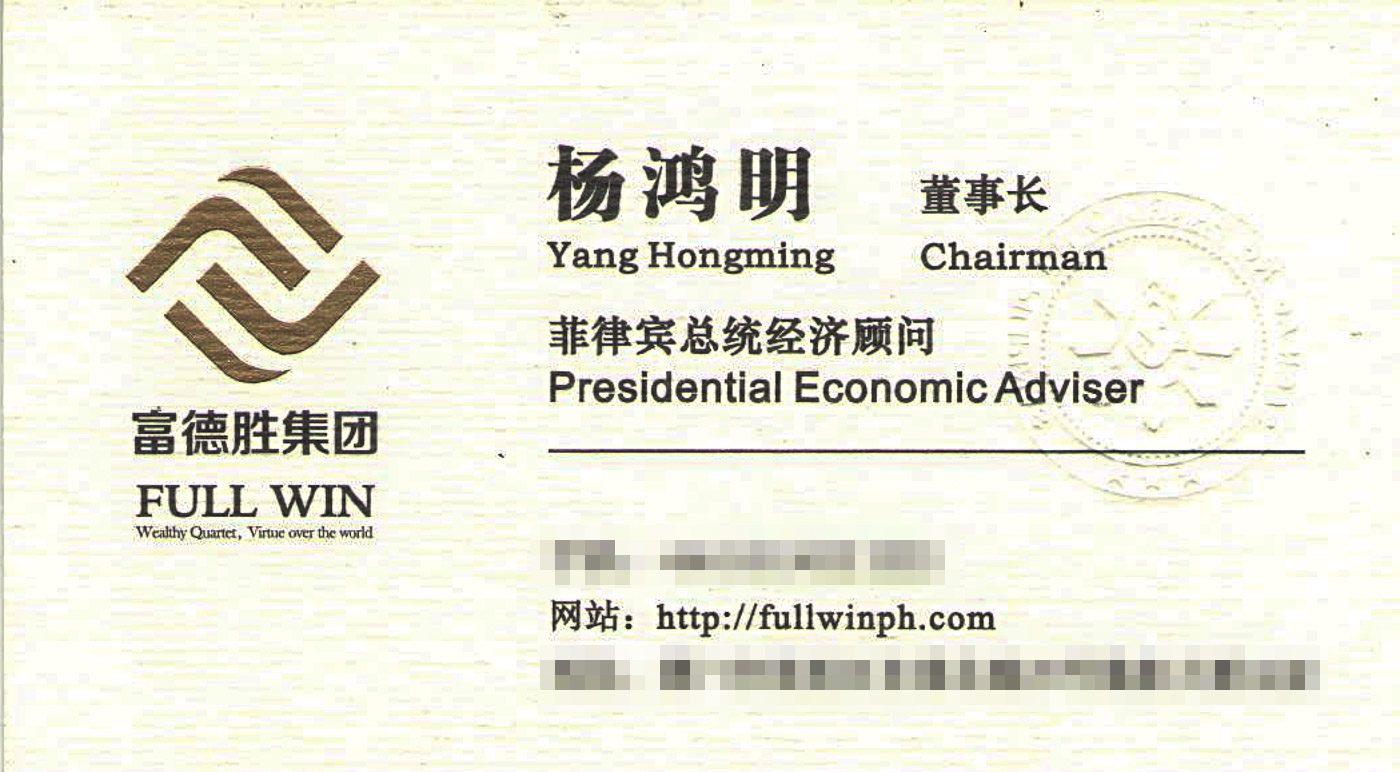 Yang uses his presidential adviser title mostly for the benefit of Chinese nationals, said a source. This is why Yang’s website, opeap.com, is mostly written in Chinese.

For instance, he was at the Philippine leader’s meeting with businessmen Kitson Kho and Jose Kho on January 10, 2017 in the Palace. (READ: Chinese businessmen flock to Duterte’s Malacañang)

Kitson Kho is the chairman of Hong Kong-based The Kho Group and executive director of UAA Kinming Development Corporation. Kho is behind a proposed massive reclamation project in Manila Bay where his company wants to build a 407-hectare smart city dubbed “New Manila International Community.”

Jose Kho, meanwhile, is chairman of the Friends of the Philippines Foundation which donated a P500-million drug rehabilitation center in Malaybalay, Bukidnon. Duterte attended the facility’s ribbon-cutting ceremony with Kho.

Yang ang Kho were among the Chinese nationals Duterte had lunch with in a Beijing shopping district during his first visit to China as president.

Yang’s office in Makati City looks like any other office of a high-ranking government official in the Philippines, except perhaps a bit more lavish. (All the photos here were obtained by Rappler from a source.)

It has Duterte’s official presidential portrait displayed behind his desk, and the portrait is autographed by Duterte. On another wall hangs a mosaic of photographs of Yang with Duterte and other government officials.

Over a high-ceilinged space hangs a glittering chandelier. If Duterte never formally appointed Yang, a Chinese citizen, as his adviser, why has Yang felt emboldened enough to call himself such and even put up physical office space for that purpose?

Aside from proclaiming his close ties to Duterte, Yang was also a guest at the baptism of former Bureau of Customs chief Nicanor Faeldon’s son. – Rappler.com