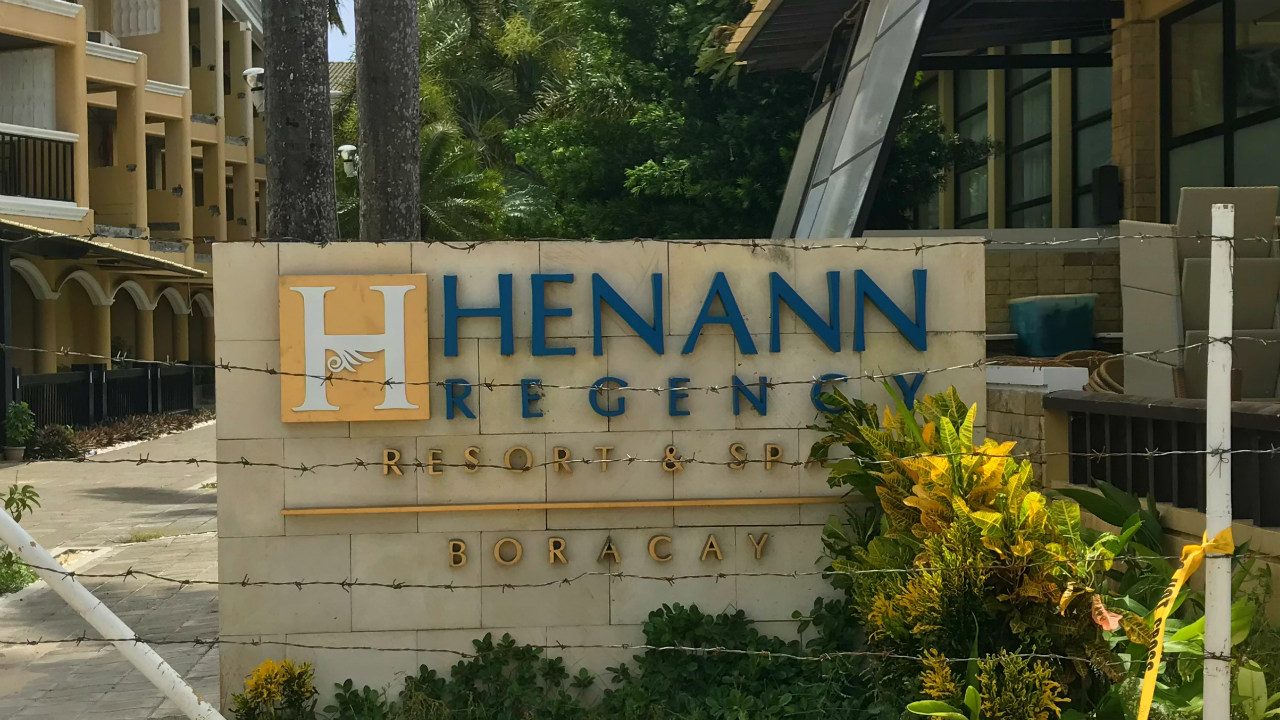 Environment Undersecretary Benny Antiporda said that Henann Group of Resorts will be facing appropriate charges after a review of documents. The alleged fake ECC was supposedly issued October 8.

“It was confirmed yesterday (October 15) and we are trying to look at all the documents. And the necessary charges will be filed against them,” Antiporda told Rappler in a text message.

Henann has 5 resorts in Boracay. All these were not part of the 68 approved accommodations by the government.

Tourism Secretary Bernadette Puyat said that Henann was not part of the list because they have yet to comply with government permits.

“[T]hey have not yet secured the necessary clearances, permits, and/or accreditation from the DENR (Department of Environment and Natural Resources), DILG (Department of the Interior and Local Government), and DOT (Department of Tourism). These requirements were set to protect the environment,” Puyat told Rappler.

In July, Environment Secretary Roy Cimatu ordered all ECCs to be suspended, so that the DENR would be able to assess compliance. The suspension was lifted for all compliant businesses on October 5.

In a message to Rappler, Henann denied allegations and said that they “did not authorize anybody to submit unofficial or faked documents” on behalf of the company.

“We deny the accusations issued against us. Falsification of documents is an abominable crime that goes against everything that we believe in. Keen as we may be to clear our name, we refuse to feed the media spectacle created by people seeking to harm our brand,” said Isabel Garcia-Lee, Henann assistant vice president for sales in Boracay.

An ECC is a part of the necessary requirements before businesses can ask the DOT to accredit them. Only after the DOT accredits an establishment can it accept bookings when the island reopens on October 26.

The Boracay Inter-Agency Task Force is implementing a “no compliance, no opening” policy to ensure that establishments follow rules and regulations. Officials also warned the public against reserving rooms in unaccredited accommodations.

Establishments and households not connected to sewerage treatment plants triggered the increase of water pollution to extreme levels, especially during the summer months when a large number of people flock to the world-famous island resort. (WATCH: How green can Boracay get?)  – Rappler.com