In a statement on Sunday, October 21, the PDEA said it came to this conclusion after its laboratory carried out an “impurity drug profiling” on the samples seized from raids. This is done to analyze possible links between confiscated drugs and “synthetic impurities” or production methods used to make illegal drugs.

The drugs seized from several raids in Metro Manila were analyzed alongside samples of the 355 kilograms of shabu found inside two magnetic lifters intercepted by the PDEA and Bureau of Customs (BOC) at the MICT last August 7.

The PDEA said findings from the test showed similarities “based on the chromatographic impurity profiles and cluster analysis.”

Evidence? Because of this, PDEA Director General Aaron Aquino said there is reason to believe that drugs supposedly inside 4 magnetic lifters found in Cavite – which slipped past authorities in a separate shipment – have already flooded the streets. This is because the 4 containers were similar to the two lifters intercepted at the MICT.

The 4 magnetic lifters found in Cavite last August 10 were empty when discovered. But Aquino repeatedly said that he believes they contained P6.8 billion worth of shabu, after drug-sniffing dogs confirmed these use to contain illegal drugs.

The PDEA chief also believes the two magnetic lifters they seized along with the BOC were supposed to be delivered to the same warehouse in Cavite.

He added that the findings from the “impurity drug profiling test” also explain the “oversupply” of shabu in Metro Manila. With the illegal drug “flooding streets,” Aquino said the price of shabu per gram has dropped from P6,800 last July to P1,400 at present. (READ: How P6.8-B ‘shabu’ slipped past PNP, PDEA, Customs) 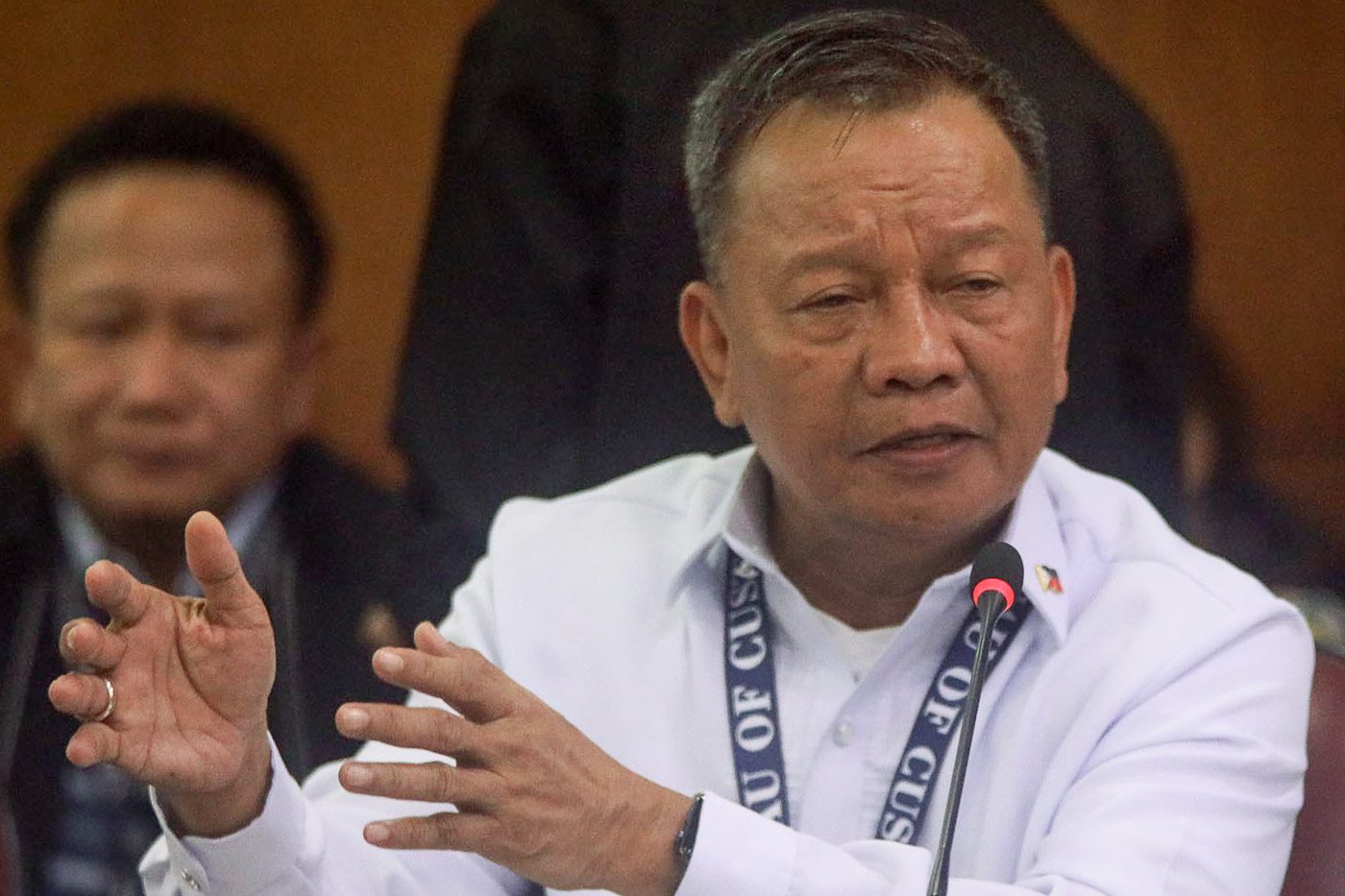 Opposite view: Customs Commissioner Isidro Lapeña does not agree with Aquino. He said these were “unfounded allegations” and that drugs from the streets matching the drugs seized from the MICT do not prove that the magnetic lifters in Cavite really did contain shabu.

Lapeña noted that the MICT drugs came from Malaysia, while the lifters in Cavite came from Vietnam. (READ: Lapeña cries foul as PDEA boosts theory P6.8-B shabu slipped past Customs)

“The test conducted by PDEA then does not substantiate the PDEA’s claim that their recent shabu seizures are from those empty lifters found in Cavite since their basis is the MICT shabu substance which came from a different source,” the BOC chief said on Saturday, October 20.

Lapeña then called for more “prudence” in giving information to the public, “especially concerning a matter this serious.”

Senator Panfilo Lacson weighed in on the conflicting remarks on Sunday, saying he would be more inclined to believe the PDEA based on “logical, practical thinking.”

(I would believe the PDEA more if only for one very basic and simple reason: If only magnetic lifters were shipped to the Philippines through the BOC and they did not contain shabu, why did the importers leave them in GMA, Cavite? Shouldn’t they have used or sold those to whoever is the end user? Why did they hurriedly leave the magnetic lifters at the warehouse?)