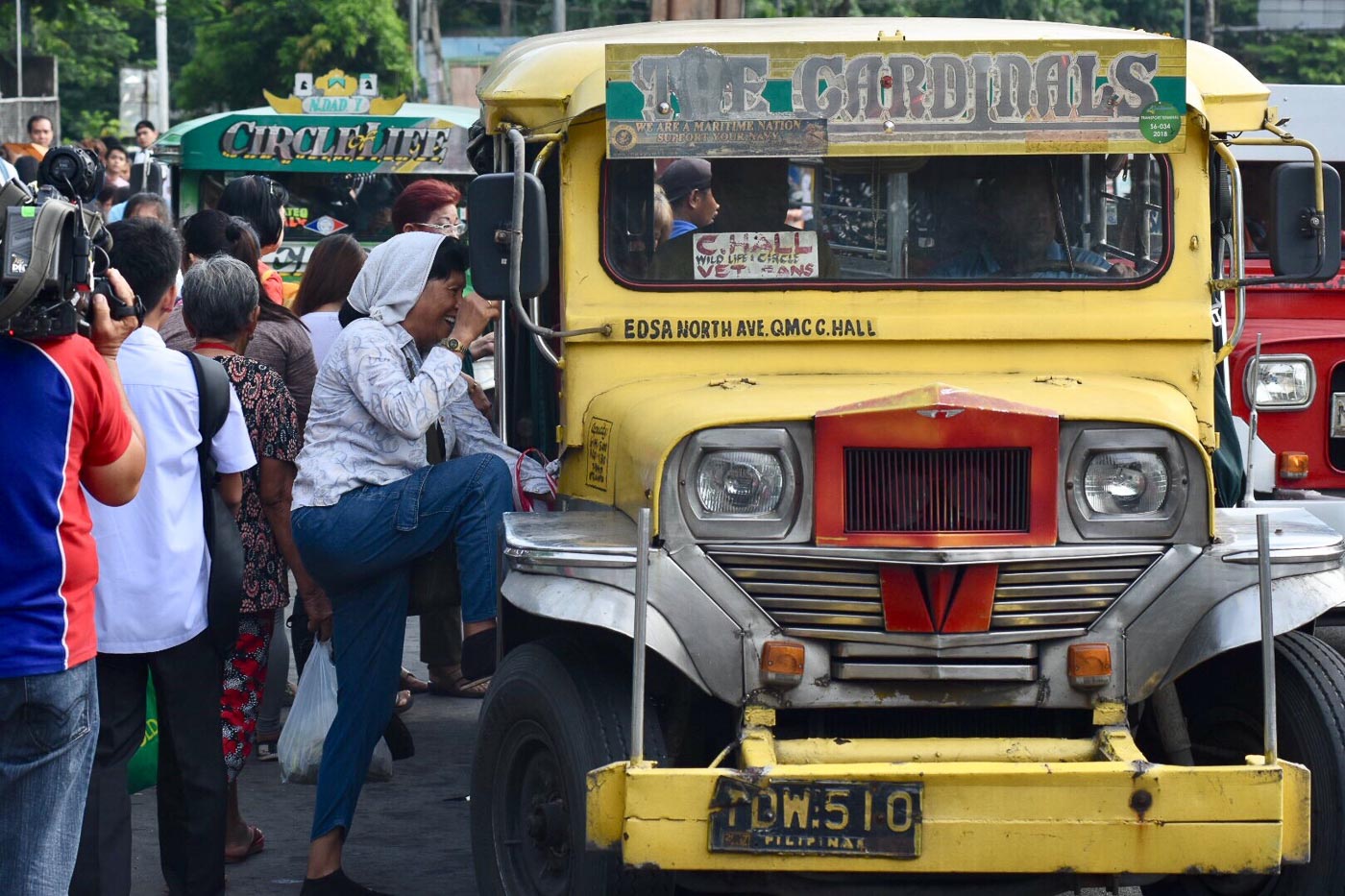 MANILA, Philippines – After approving the P10 jeepney minimum fare in Metro Manila, Calabarzon, and Southern Luzon, the Land Transportation Franchising and Regulatory Board (LTFRB) is set to decide on other fare hike petitions across the Philippines.

The regulatory boards in the regions have conducted consultations with public utility jeepney (PUJ) drivers and operators, and one thing is clear: They find the cost of higher fuel prices, coupled with rising prices of goods, already “too much” to bear.

While several groups in different parts of the country have already filed petitions before the LTFRB, some have expressed their intent to do so. The fare hike requests range from P2 to P4.

These, of course, are subject to the approval of the board in the coming months. When deciding for a fare hike, the LTFRB conducts several hearings and takes into account the suggestions of the economic and trade managers.

But in the case of Metro Manila, Central Luzon, and Southern Luzon, the LTFRB approved a P2-hike, higher than the suggested P1.50-adjustment as recommended by the National Economic and Development Authority (NEDA).

Will we see fare hikes across the country soon? Information gathered by Rappler yielded the following:

Among the regions, PUJ operators in Ilocos Region have filed the highest fare adjustment at P4. If approved, this would make their minimum fare at P12, from the current P8.

The LTFRB in Bicol has recently approved a provisional fare increase of P0.50 to the original P7.50, making the current minimum at P8.

The regulatory board in Bicol said that with the recent adjustment in Metro Manila, drivers are requesting another P2-increase.

The LTFRB approved a P2-hike in Western Visayas in July. LTFRB Board Member Aileen Lizada has dissented from this decision as well, citing the National Economic and Development Authority’s suggestion of only a P1.50-adjustment for the fares.

Meanwhile, PUJ operators in Eastern Visayas have not yet filed a petition for a fare hike.

Jeepney operators are asking for a P2.50 provisional fare increase from the P6.50 minimum fare. If granted, this would make jeepney fares start at P9 for the first 5 kilometers.

Meanwhile, minibus drivers are asking for an adjustment as well. Their petition at the LTFRB Central Visayas call for a P4 fare hike for the first 5 kilometers and P0.30 for the succeeding kilometers, from the current P6 minimum and P1.20 for the next kilometers.

While transport groups have not yet filed their petition for a fare hike, they have expressed interest to do so for Zamboanga Peninsula and General Santos City and South Cotabato in Soccskargen.

Transport groups in Northern Mindanao are also asking the LTFRB for adjust the PUJ minimum fares by P2.50 for the first 4 kilometers and P0.10 for the next kilometers. The existing minimum fare is at P7.50, while the fare for succeeding kilometers is at P1.40.

The groups asked that the hike be made especially in Cagayan de Oro City, Iligan City, and Lanao del Norte.

PUJ leaders have asked the LTFRB Caraga for a P2-hike in the base fare, and an additional P0.35 for the succeeding kilometers.

The current fare in Caraga is at P7.50 for the first 4 kilometers, while the additional kilometers are charged at P1.40.

If approved, this would make the minimum fare at P9.50, and an additional P1.75 for the next kilometers.

In September, inflation continued to rise at 6.7%, higher than August’s 6.4%. Among the regions with the highest recorded inflation rates in September were Bicol region (10.1%), Autonomous Region in Muslim Mindanao (9%), and the Ilocos Region (8.6%).

In terms of transport costs, the Philippine Statistics Authority recorded the Philippine average inflation at 8%. It is higher by 0.2 percentage points (ppt) from August’s 7.8%

Coming of a cheaper oil?

How much is the warranted increase for jeepney fares? For the recently approved P10-minimum fare, NEDA had suggested only P9.50, saying that inflation would taper off later this year anyway.

While global oil prices cannot be easily predicted, the Philippine National Oil Company-Exploration Corporation (PNOC-EC) Board have approved to buy oil from traders in Singapore to deal with rising fuel prices.

This is expected to bring in a trial 50,000 metric tons of 59 million liters of diesel, at P5 to P6 cheaper than the market price. The latest price increase pushes diesel to hover around P47.95 to P50.75 per liter.

Economic managers have also announced the suspension of the second round of higher excise tax on oil under the tax reform law. Supposedly, the government would be imposing a P2-levy on gasoline and diesel in 2019.

Under the Tax Reform for Acceleration and Inclusion (TRAIN) law, tax increases may also be suspended if Dubai crude oil prices average at $80 per barrel for 3 straight months. Prices have breached the $80-mark late September.

Lizada have also warned for the domino effect of PUJ fare increases, leading to call for higher wages. Budget Secretary Benjamin Diokno earlier said that basing such calls on a “transitory event” would only worsen the economic situation of the Philippines. – Rappler.com