Calida to seek reversal of Makati court ruling before CA 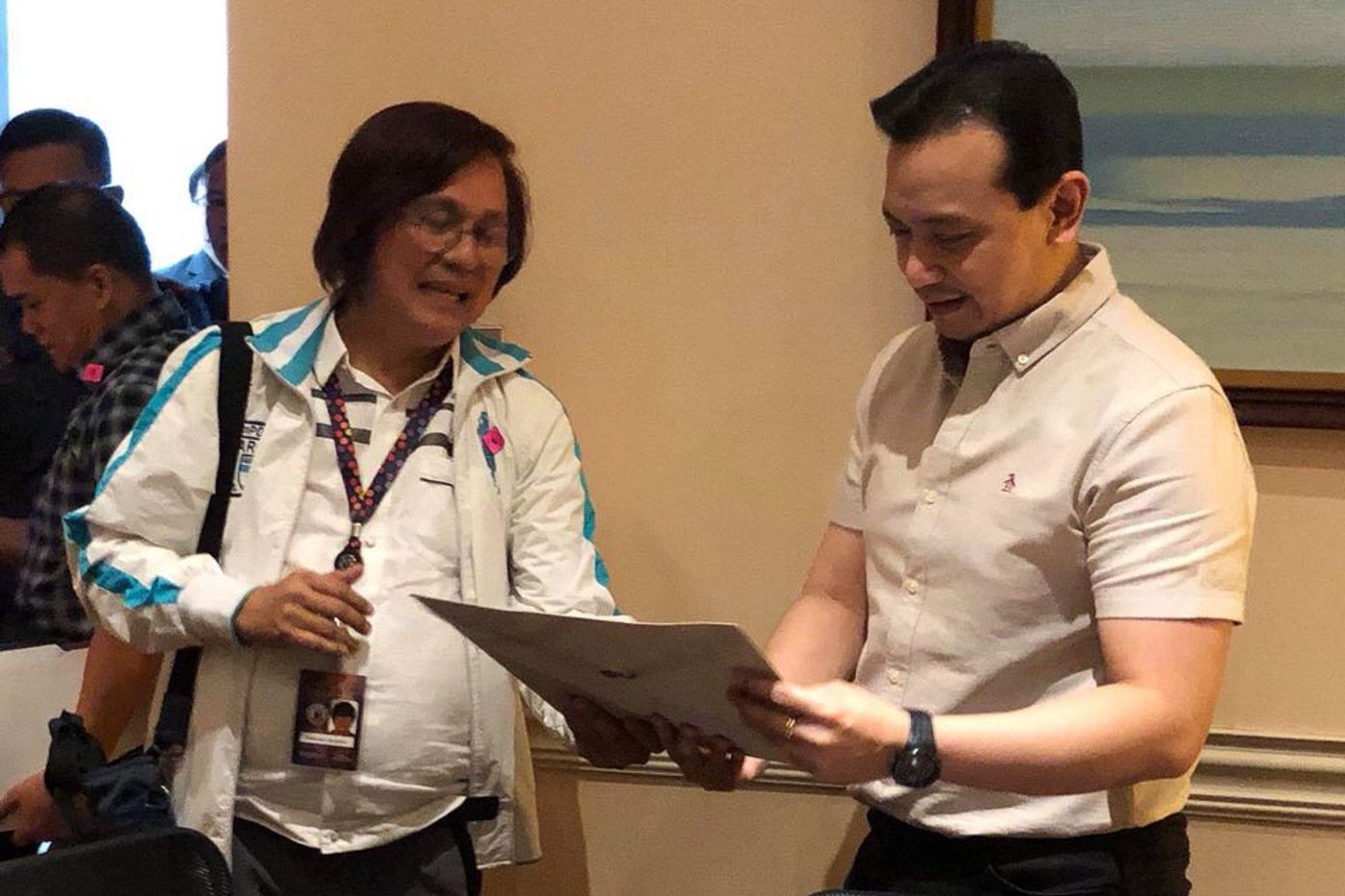 “He will not file a motion for reconsideration, but go immediately to the Court of Appeals and appeal the ruling of the court with respect to the non-issuance of warrant of arrest,” said Presidential Spokesperson and Chief Presidential Legal Counsel Salvador Panelo on Tuesday, October 23.

The appeal will be filed “soon” as Calida is already preparing the petition, he added.

However, contrary to Panelo, Justice Secretary Menardo Guevarra said that filing a motion for reconsideration with Makati City RTC Branch 148 is still an option the government could take.

“An MR (motion for reconsideration) is not precluded,” said the justice secretary in a message to Rappler.

He said he has not yet spoken to Panelo about the administration’s legal strategies when it comes to Soriano’s decision. Filing a motion for reconsideration first is the proper method so as to respect the hierarchy of courts.

“The court made that conclusion on the basis of secondary evidence which should not have been given due course,” said Panelo.

Malacañang insists that only Trillanes’ amnesty application is sufficient evidence.

For the Palace, only the document would prove Trillanes admitted guilt and complied with all other amnesty requirements. (READ: Malacañang insists it can still void Trillanes’ amnesty with Makati court ruling)

“Excuse me, I’m sorry, how would you know if he really applied if you don’t see the document itself and see that it was filled up to the letter?” he added.

But Soriano, in his ruling, cited jurisprudence stating that in cases where the only issue is the existence of a document and its due execution, “secondary evidence may be admitted even without accounting for the original.”

The voiding of Trillanes’ amnesty in Proclamation No. 572 is based on the supposed non-existence of his application form as it asserts that Trillanes “did not file an Official Application Form.”

Asked for President Rodrigo Duterte’s initial reaction to Soriano’s decision, Panelo said the President believes the most important part of the ruling is how it concluded that it was within his powers to issue Proclamation No. 572.

Soriano indeed upheld the legal power of Duterte to issue Proclamation No. 572, but he struck down the proclamation’s factual basis on the alleged non-filing of the application form. (READ: Senators praise judge’s ‘courage’ in junking Trillanes arrest) – with a report from Lian Buan/Rappler.com