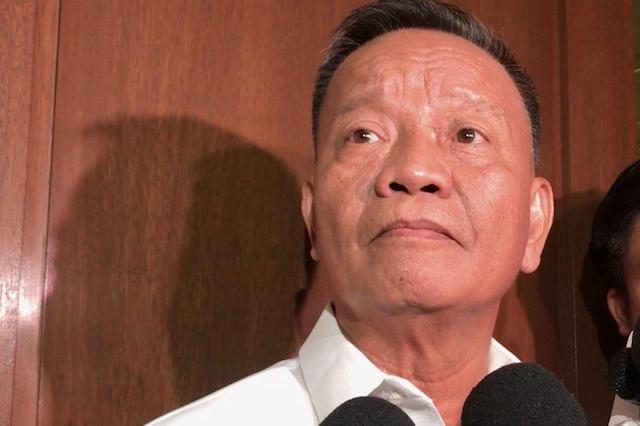 MANILA, Philippines (UPDATED) – After weeks of denial and reservations, Customs chief Isidro Lapeña finally changed his tune and submitted to what the Philippine Drug Enforcement Agency (PDEA) has been insisting: that the magnetic lifters found in Cavite contained illegal drugs

“With this development, I will tend to believe, indeed, there was a content that has been peddled by this group, this drug syndicate,” Lapeña told lawmakers probing into the case of the missing one ton of shabu worth P6.8 billion on Wednesday, October 24.

He was asked by Representative Romeo Acop for his holistic evaluation of the case, after Department of Public Works and Highways Director Toribio Ilao said that the magnetic lifters found in Cavite are not fit for use.

They may be intended as containers of contraband, he said, especially since investigators found asbestos inside, which would theoretically prevent the melting of shabu (methamphetamine) as the shipment traveled across seas.

With this statement, Lapeña admitted in a chance interview that there might be lapses committed by his X-ray personnel, which might have allowed the shipment to be cleared without alarm.

“Talagang may nakalusot nga. But of course, ito ay, it was a very sophisticated way of shipment ng mga drug syndicates (There really are [drugs] that slipped past us, But of course, this was a very sophisticated way of shipment of the drug syndicates). And these are the things that we want to discover, and we want to be able to remedy in the future,” Lapeña said. – Rappler.com