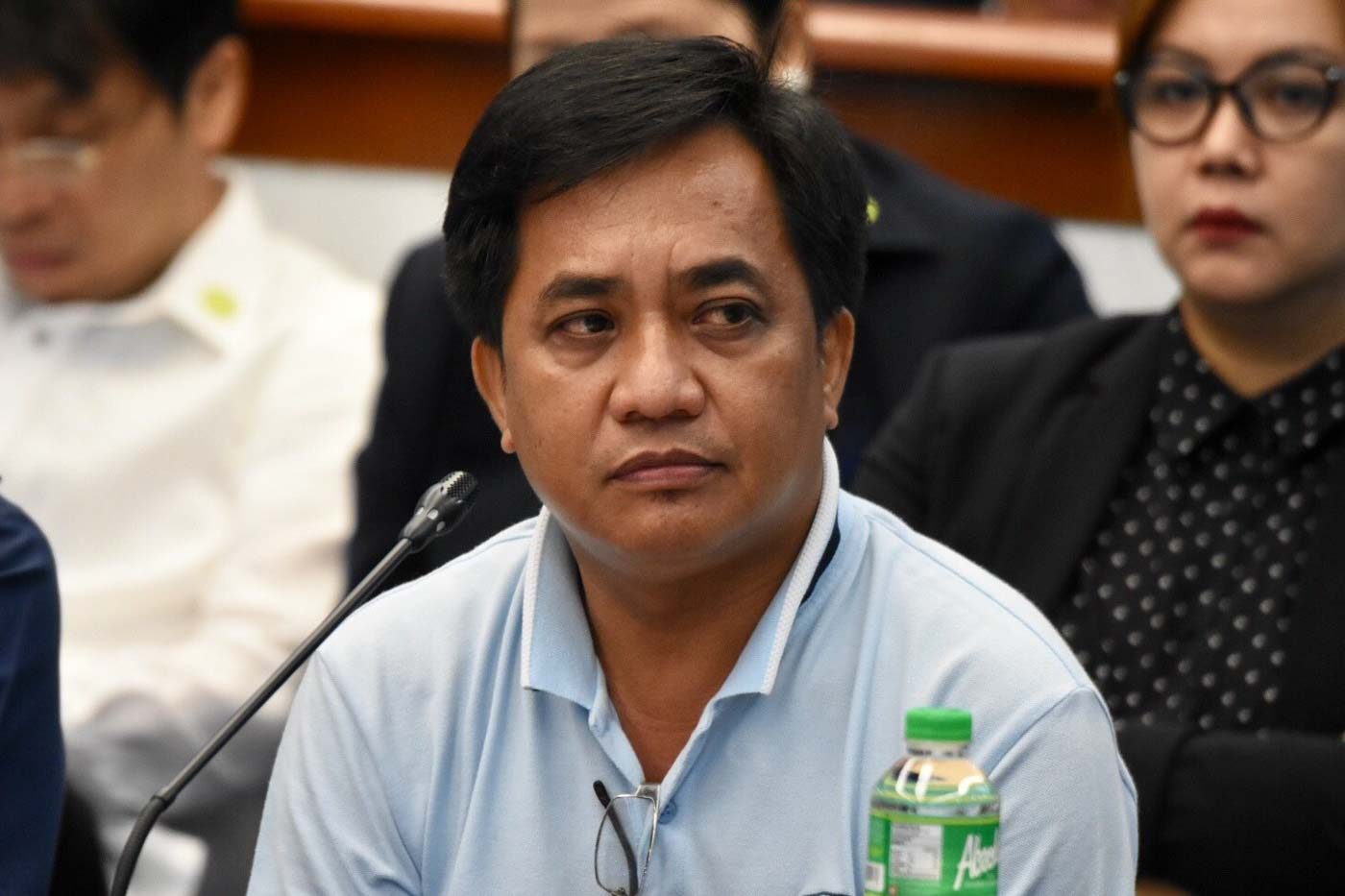 “Si Guban ipa-aresto ko (I’ll have Guban arrested). Sabi ko (I said), right after the session you arrest him,” said Duterte on Wednedsay, October 24, on the day the House held a hearing on the alleged smuggling of P6.8 billion worth of shabu into the country.

“Sabi ni Albayalde, ‘on what grounds?’ Bring him to the NBI. Tawagan mo nga kung naaresto na. Naaresto na? (Can you call to ask if he has been arrested? Has he been arrested?)” said Duterte.

Guban has been detained in the Senate since September 11 for lying in a Senate hearing about the P6.8 billion worth of smuggled shabu.

The President claimed Guban was involved in the smuggling of shabu by faking identification cards and facilitating its entry.

“Siya ang nagpapasok, siya ang nagfake ng ID ng… (He was the one who let it in, he faked the IDs of the…),” he said.

In an earlier hearing, Guban admitted receiving P10,000 to find the consignee-for-hire that would receive the magnetic lifters allegedly packed with one ton of shabu.

Duterte had also released to media a confidential intelligence report  that listed alleged suspicious activities of Guban and two other law enforcers. – Rappler.com