Duterte to Lapeña and Aquino: Stop blaming each other 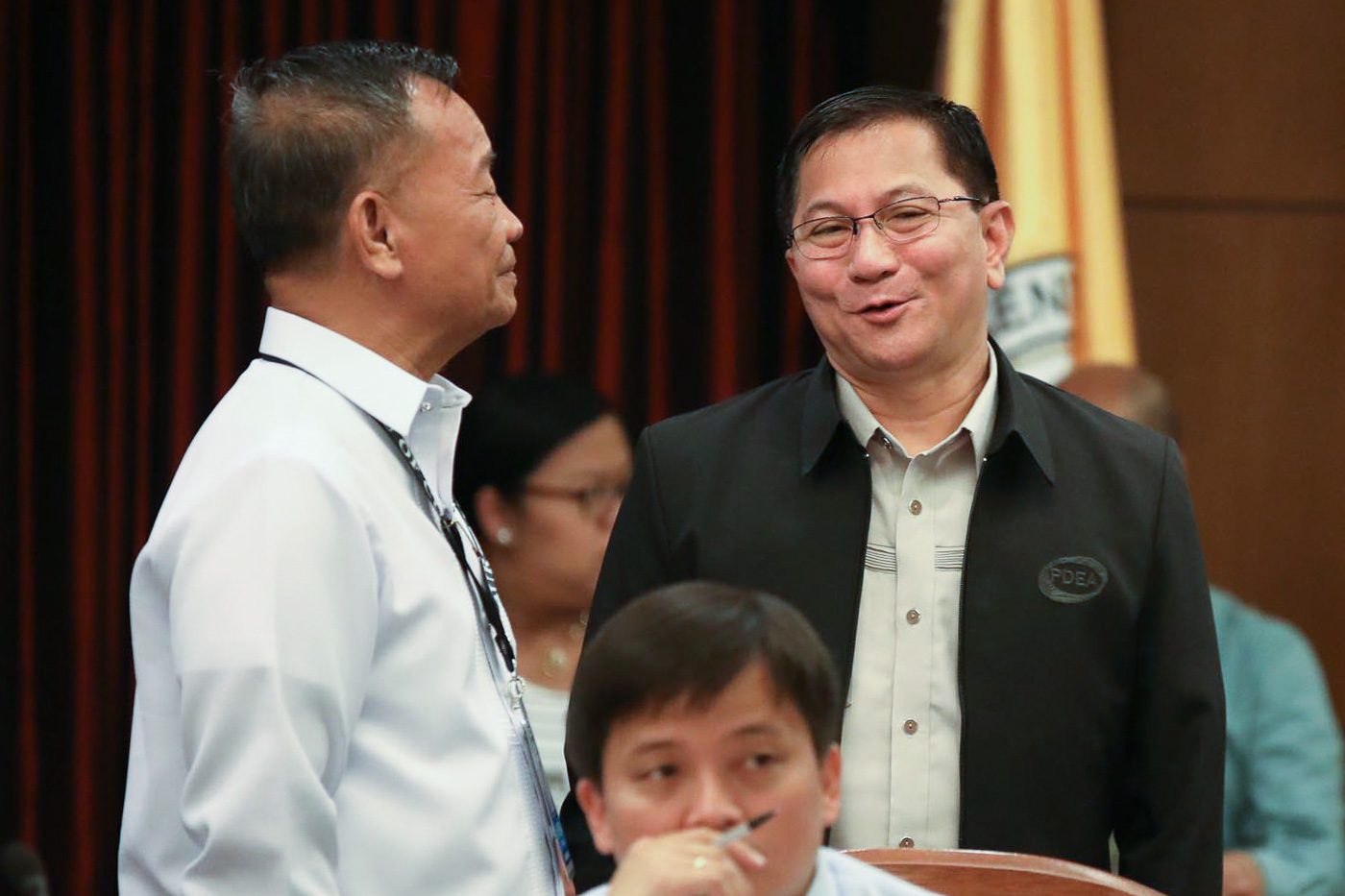 “Instead of killing the idiots, sila ang nagtuturuan (they are the ones pointing fingers at each other). Why don’t you stop blaming and just go back –?” said Duterte on Wednesday, October 24 in front of the new National Artists and Gawad sa Manlilikha ng Bayan awardees.

While he praised Lapeña and Aquino, Duterte admitted illegal drugs may have gotten past his appointees.

“Lapeña is good, he has been with me, he has served Davao more than 15 years. Pati ‘yan si Aaron, kaya nalusutan sila (Also Aaron, but it got past them),” said the President.

Duterte’s remark also indicates he may be reconsidering his earlier position that PDEA’s insistence that 4 magnetic lifters found in a Cavite warehouse contained shabu was “pure speculation.”

For weeks, Lapeña and Aquino have locked horns on the issue of smuggled shabu allegedly hidden inside the magnetic lifters. Aquino had insisted that the magnetic lifters contained shabu while Lapeña cited his bureau’s x-ray results that showed the containers did not hold drugs.

The BOC chief has been saying that if they had received timely information from PDEA and other agencies, customs may have prevented the suspicious shipment from slipping through.

He had also taken exception at Aquino’s statement that drugs seized in recent Metro Manila raids matched the shabu hidden inside the magnetic lifters seized at the Manila International Container Terminal and that this boosts PDEA’s assertion that there were drugs in the magnetic lifters found empty in a Cavite warehouse.

Lapeña felt Aquino’s remarks were “noticeably and interestingly directed only against me.”

But earlier on Wednesday, the customs chief changed his tune, saying he now thinks illegal drugs were indeed hidden inside the magnetic lifters found in Cavite. – Rappler.com