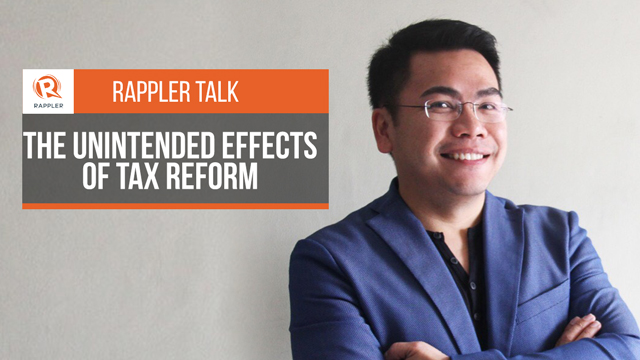 MANILA, Philippines – The Tax Reform for Acceleration and Inclusion (TRAIN) law was projected to kick off President Rodrigo Duterte’s commitment to holistic and genuine tax reform.

The government seems to be on track in collecting some P63 billion in 2018 to partially fund the ambitious Build, Build, Build program.

However, tweaking taxes had unintended consequences.

With inflation soaring to a 9-year high, economic growth slowing down, the peso hitting a near 13-year low, and a bleeding stock market, Filipinos are no longer keen on learning what the other tax reform packages have to offer.

How can the government push through with its tax reform agenda amid economic woes? What role will the 2019 elections have in taxes?

Tune in and join the discussion live on Thursday, October 25, at 2 pm. – Rappler.com