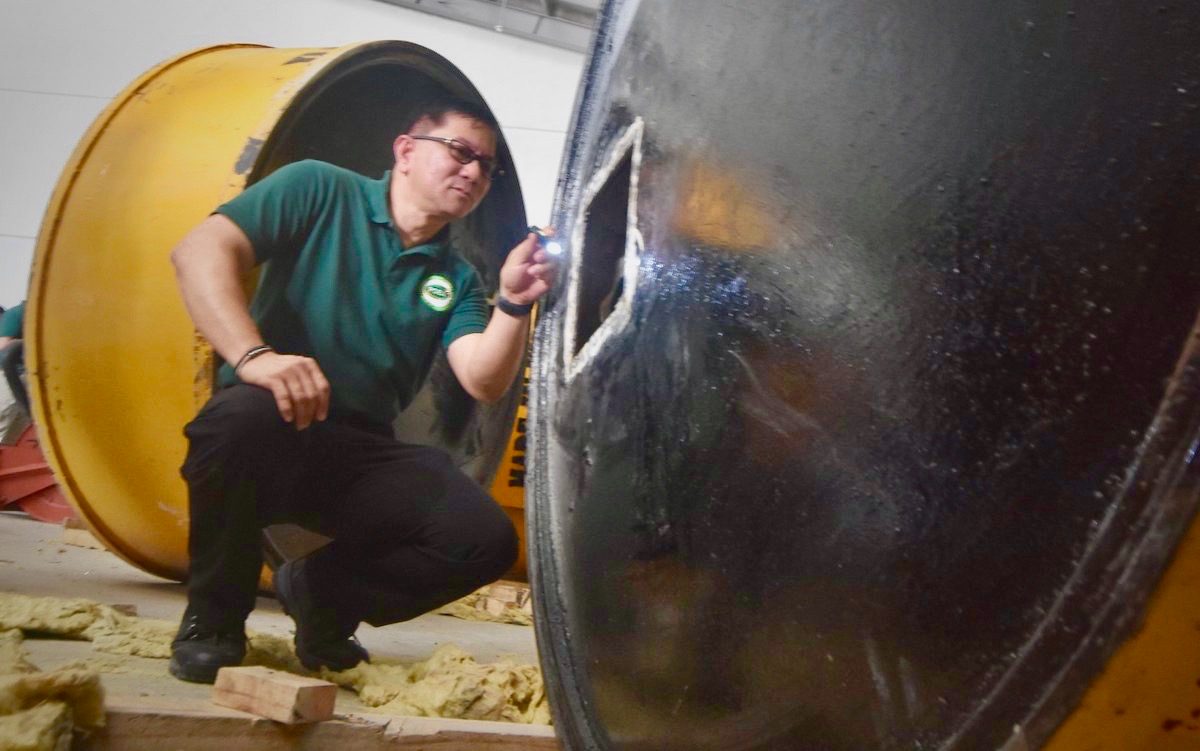 MANILA, Philippines (UPDATED) – The Philippine Drug Enforcement Agency (PDEA) on Thursday, October 25, revised its figures for the missing shabu (methamphetamine) from 4 magnetic lifters found in Cavite in August, saying the illegal drugs are now estimated to weigh 1.618 tons worth P11 billion and not one ton worth P6.8 billion, as earlier reported.

According to Aquino, PDEA made a recomputation after weighing the empty lifters found in General Mariano Alvarez town in Cavite and comparing it to the initial weight declared in importation documents.

(What came out from our reweighing…it showed a difference of 1,618 kilos. If you multiply that by P6.8 million per kilo, it would turn out to be P11 billion worth of illegal drugs.)

What they weighed: According to Aquino, PDEA agents reinserted everything they found inside the lifters, placed them inside a shipment container, placed that container onto a truck and weighed them all with the help of the Department of Public Works and Highways in Calamba, Laguna.

Aquino said the container and the truck used had the same weight as what was recorded in the lifters’ bill of lading, or the importation receipt for the consignee of imported goods.

(So our assumption is that is the missing illegal drugs in GMA, Cavite…. They should have weighed equally, because we placed all the accessories of the magnetic lifters. We included the power supply, the cables. All, even the asbestos fillers, even the wooden pallets.)

PDEA’s initial estimate: The PDEA earlier believed that the missing shabu weighed a ton. This was only based on the shabu found in two of the same type of magnetic lifters at the Manila International Container Port (MICP).

The PDEA had estimated that the MICP magnetic lifters contained 250 kilograms (kg) of shabu each. Applying this to the lifters in Cavite, PDEA estimated the latter held a ton of shabu.

But PDEA had revised the weight estimate on the two lifters too after weighing the seized shabu, which weighed only 355 kg.

Why not just multiply 355 kg to two to reflect having 4 magnetic lifters? Aquino said that the drugs did not completely fill up the two other lifters.

“Umaalog-alog pa nga (The lifters were not packed),” Aquino said.

The PDEA believed that with the new weight estimate, the 4 lifters in Cavite were likely to have been fully loaded with shabu. – Rappler.com