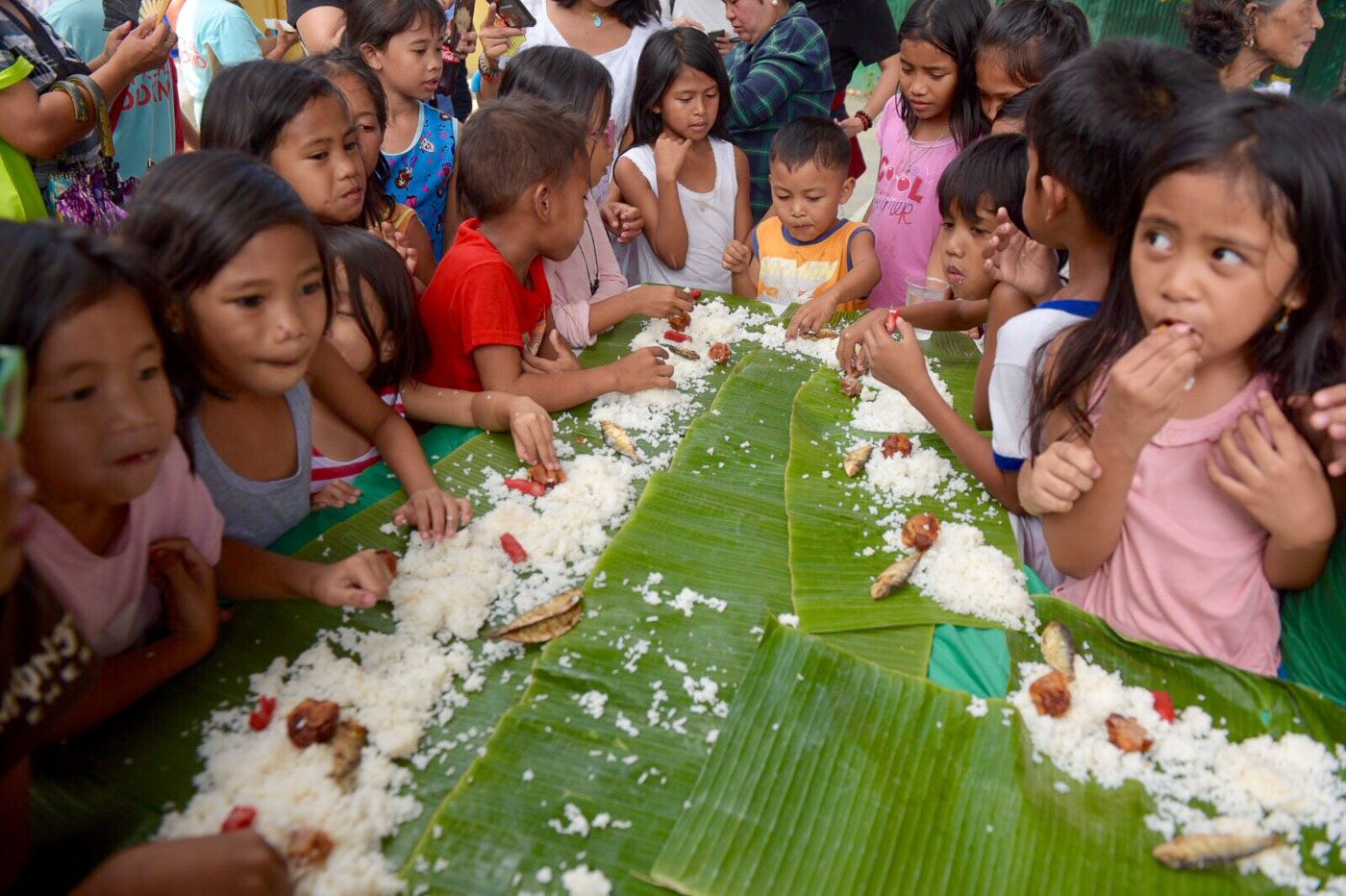 Facebook Twitter Copy URL
Copied
Many Filipinos are no longer able to afford food that would properly nourish themselves and their families, says FIAN Philippines president and National Food Coalition convener Aurea Teves

Along with representatives of farmers, fishermen, and urban poor communities, FoodFirst Information & Action Network (FIAN) Philippines president and National Food Coalition convener Aurea Teves said Filipinos’ daily wages are no longer enough to afford food that would properly nourish themselves and their families.

They said many lacked the stable livelihood that would allow them access to a sufficient amount of food and demanded the government treat the access to food as a right.

(The government looks at food as a necessity but more than that, it is a person’s right. The government has the obligation to feed its population.)

While the country’s inflation rate rose to an average of 6.2% in the 3rd quarter of 2018, the poorest 30% of households felt inflation at an even higher rate of 8% in August 2018, according to the Philippine Statistics Authority.

Data from a Social Weather Stations (SWS) survey conducted in June 2018 also estimated 2.2 million families or 9.4% of the population experienced involuntary hunger at least once in the 2nd quarter of the year. (READ: Zero hunger challenge: Is it attainable?)

(What a taxi driver or jeepney driver makes is no longer enough to cover daily needs of their families. Life is harder now and I don’t understand why the government cannot see this or if they are just turning a blind eye.)

The passage of the Zero Hunger Bill, Teves said, would be one response “to the prevailing condition at this point in time” as it would address hunger and food insecurity. The Zero Hunger Bill was first proposed in 2014 but has yet to be passed into law.

How would the Zero Hunger Bill help? For Teves, passing the bill would first and foremost regard access to proper food and nutrition as a basic human right.

This means it would be considered essential to upholding the dignity of individuals. It would also push for more accountability in government when it comes to determining who would be responsible in ensuring Filipinos are properly fed.

Should the bill be passed, a food commission under the Office of the President would also be created to harmonize existing laws that involve nutrition, food, and food production. The commission will also be responsible for coming up with a national food program that would work towards making the Philippines self-sufficient in terms of providing food security. This would be done by integrating different programs and services of government agencies for a more unified approach.

According to Teves, the creation of a dedicated agency to tackle food insecurity is crucial as current government efforts remain uncoordinated.

(The national food program needs to be integrated… all agencies of the government need to coordinate to come up with one framework and direction towards achiveing food self sufficiency. It cannot be them operating on their own.)

In addition to this, the bill also requires government to improve over time the access by rural communities to productive resources, food production areas, nutrition awareness, and budget for research and creation of programs, among others.

According to a 2017 report by the International Food Policy Research Institute, the Philippines had a global hunger index of 20% – a level considered “serious” in severity. The county ranked 68 out of 119 countries.

Findings from UNICEF’s Situation Analysis of Children in the Philippines also showed that for children under 5 years old, 1 in 3 were stunted while 1 in 5 were underweight. The “very high” levels of child malnutrition were similar to those seen in many African countries.