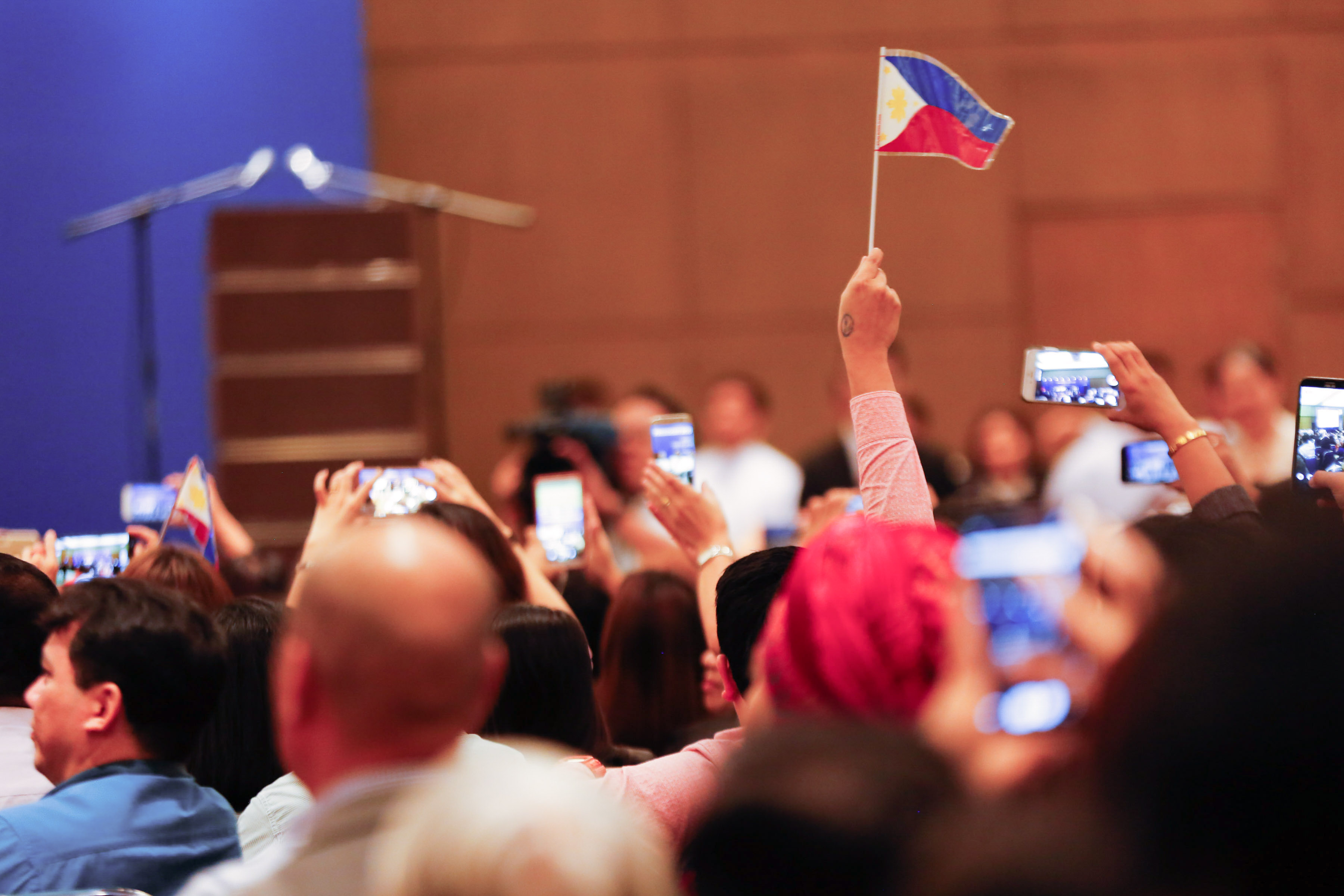 MANILA, Philippines – Most Filipinos believe that the Philippines is in the right direction, according to the results of a Social Weather Stations (SWS) survey held in September but released a month later on Thursday, October 25.

The Third Quarter 2018 Social Weather Survey held from September 15 to 23, showed that 75% of Filipinos believe the country is in the right direction, 22% believe it’s in the wrong direction, while the remaining 3% did not give an answer.

The number of Filipinos who believe the country is in the right direction rose by 5 points in September compared to June, when it was at 70%.

Among geographic areas, belief that the country is in the right direction remained highest in Mindanao (89%), followed by Balance Luzon (73%), Visayas (69%), and Metro Manila (65%).

The SWS said belief that the country is in the right direction fell among those in the well-off class ABC by 4 points to 76% in September, from 80% in June.

Such belief, however, increased among those in classes D and E, and among non-college graduates.

The nationwide survey was based on face-to-face interviews of 1,500 adults nationwide: 600 in Balance Luzon, and 300 each in Metro Manila, Visayas, and Mindanao.

(In general, thinking about the way things are going in the country, in your opinion, is our country going in the RIGHT or WRONG direction? [Right direction, Wrong direction])

The survey has sampling error margins of ±3% for national percentages, ±4% for Balance Luzon, and ±6% each for Metro Manila, Visayas, and Mindanao.

“The area estimates were weighted by Philippine Statistics Authority medium-population projections for 2018 to obtain the national estimates,” the SWS said.

It added that the survey item on people’s opinion about the current direction of the country was non-commissioned and “was included on SWS’s own initiative and released as a public service.”

During the survey period and between the June and September polls, among the dominant issues were the continued rise of inflation to its highest in nearly a decade, President Rodrigo Duterte’s Proclamation No 572 voiding the amnesty granted to opposition Senator Antonio Trillanes IV and orderering his arrest, as well as issues related to the presidential order.

During the period, another major issue was the alleged missing shabu shipment initially estimated at P6.8 billion but recently revised to P11 billion in value. The President also went on a historic visit to Israel  in early September. – Rappler.com