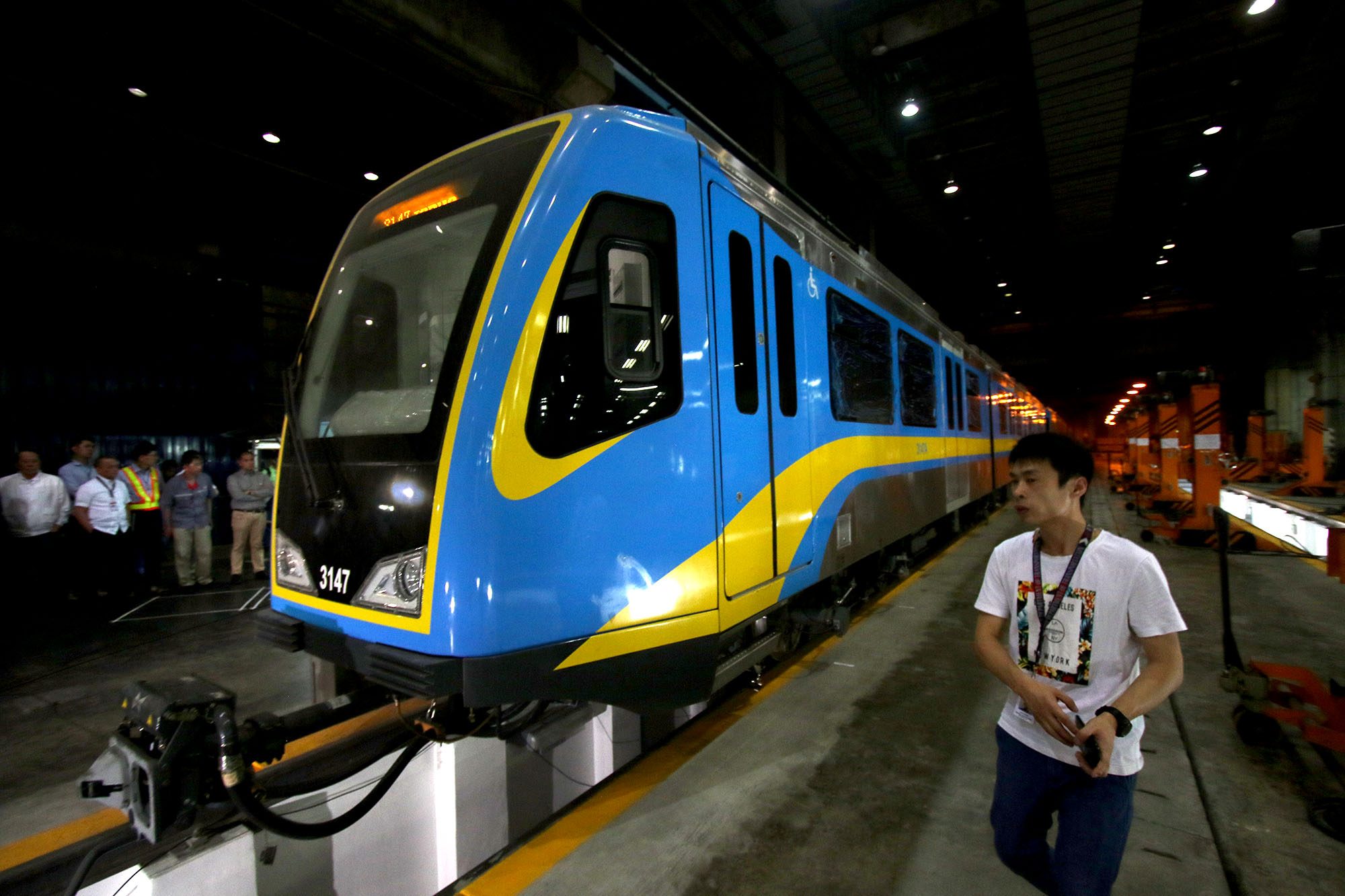 Facebook Twitter Copy URL
Copied
A new train with 3 train cars has been added to the MRT3 system, which is known for its frequent breakdowns

The Department of Transportation (DOTr) on Saturday added a train with 3 train cars to the MRT3 system. Transportation Secretary Arthur Tugade himself led the agency’s team as the train set completed its first route for the public from North Avenue to Taft Avenue.

The Dalian trains are expected to reduce the frequent breakdowns of the MRT3 system, which registered almost daily breakdowns from January to February 2018.

Just one for now: The first train is expected to be followed by another one “very soon,” according to DOTr Undersecretary John Batan.

The other trains are still under repairs to meet DOTr’s criteria, after the trains were deemed incompatible for the MRT line when they arrived in 2016. Manufacturer CRRC Dalian Company Limited has since then agreed to pay for the trains’ revamp.

When will other trains come? There are 45 other coaches that have yet to be deployed. Asked for an estimate on when the public could use them, Batan said it would be difficult to say.

The DOTr has insisted on a stringent screening process of the trains which consist of:

“The instruction of Secretary Tugade is that we do not rush into this so we do not compromise the safety [of passengers],” Batan said in a mix of English and Filipino. – Rappler.com