Marawi residents to rebuild their homes by 2020 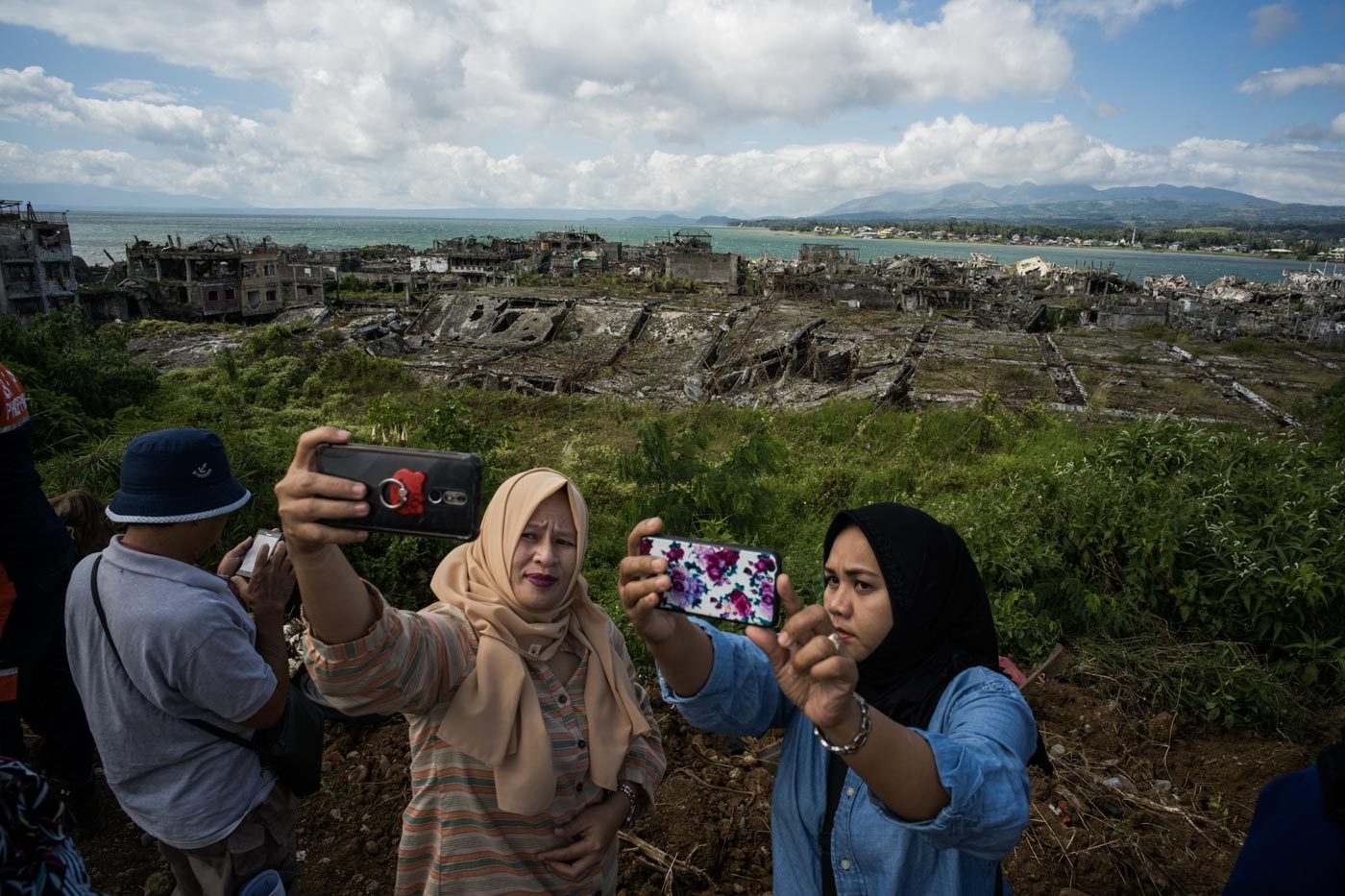 MANILA, Philippines – Task Force Bangon Marawi (TFBM) chairperson and Housing Secretary Eduardo del Rosario said Marawi residents who lived in areas which saw the heaviest damage during the siege will be able to return to the city to rebuild their homes before 2020.

Del Rosario gave the projection on Tuesday, October 30, as the government finally held a groundbreaking ceremony in the war-torn city, signalling the start of reconstruction after several delays in schedule.

He said the exact schedule of when residents may go home “depends on the progress of debris clearing and road network reconstruction,” but that it should be no later than 2020.

Del Rosario added that majority of residents should expect these activities to take about one year and a half, though residents will be allowed to return if these are completed sooner.

Rehabilitation of the city, which was seized by terrorists one year ago, will be done in phases as the TFBM divided areas for reconstruction into 3 “sectors.”

Currently, Philippine firm FINMAT International Resources, Incorporated (FIRI) was tapped by the government to do the first phase of debris clearing in “sector 1.” If the company successfully completes the debris clearing, Del Rosario said they may also be tapped for clearing operations in sector 2 and 3.

Closer to home: Meanwhile, the TFBM said they wanted to close all evacuation centers still housing residents displaced from Marawi “no later than the first quarter of 2019.”

Del Rosario said about 812 families who remain in evacuation sites will be moved to temporary shelters nearer to Marawi City. These families will be prioritized when assigning the 1,500 housing units currently being constructed by the government.

Like reconstruction efforts, the transfer of residents saw delays as the TFBM said they wanted to transfer all residents and close evacuation centers by the end of the 2018.

According to the United Nations High Commissioner for Refugees (UNHCR), 353,921 families were displaced at the height of the Marawi siege. These include families from Marawi City and nearby towns.

About P10 billion so far has been set aside from the National Disaster Risk Reduction Fund for the reconstruction of Marawi. Of the amount, about P4.6 billion has been earmarked for projects and programs for affected residents. (IN PHOTOS: With groundbreaking, Marawi begins journey to recovery)

Some P3.5 billion has been allocated for rehabilitation activities in 2019. – Rappler.com