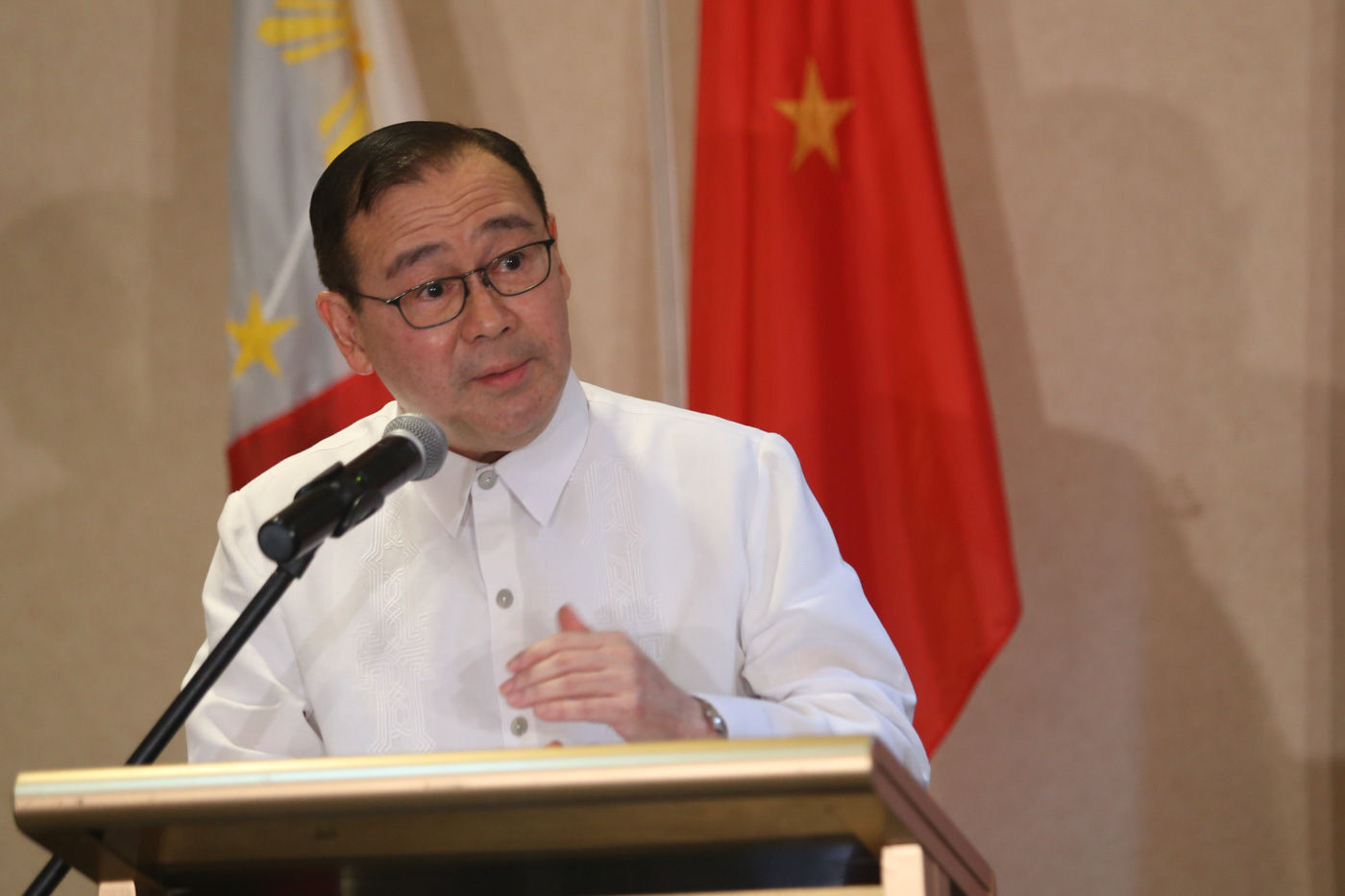 MANILA, Philippines – Pursuing an independent foreign policy does not simply mean switching masters but getting off one’s knees to stand up for the country, said Philippine Foreign Secretary Teodoro “Teddyboy” Locsin Jr on Wednesday, October 31.

“It is not independent foreign policy if you simply switch the master that you are kneeling before,” Locsin said.

“Independent foreign policy means getting off your knees, on your feet to stand up for our country. That is what I call independence,” he added.

Locsin made these remarks as he met Department of Foreign Affairs (DFA) personnel for the first time on Wednesday, October 31.

It was on October 17 when Locsin took his oath before President Rodrigo Duterte. After this, he immediately proceeded to high-profile events – first to the 12th Asia-Europe Meeting Summit in Brussels from October 18 to 19, then to the Davao City trip of Chinese Foreign Minister Wang Yi from October 28 to 29.

Locsin was previously Philippine permanent representative to the United Nations in New York.

He arrived in Manila from New York on Saturday, October 27, and immediately met with his undersecretaries and assistant secretaries at the DFA.

Wednesday was his first time to meet DFA personnel, whom he called “the most professional in the government.” He promised them that working conditions should be the same for everyone at the DFA.

“If the air-con does not work in any part of this building, I will shut down the air-con everywhere, especially in the 11th floor,” Locsin said, referring to the DFA’s Office of the Secretary.

“Either we are all cool or we are all hot. And this I’m pretty serious, it may sound like a joke,” Locsin promised. – Rappler.com