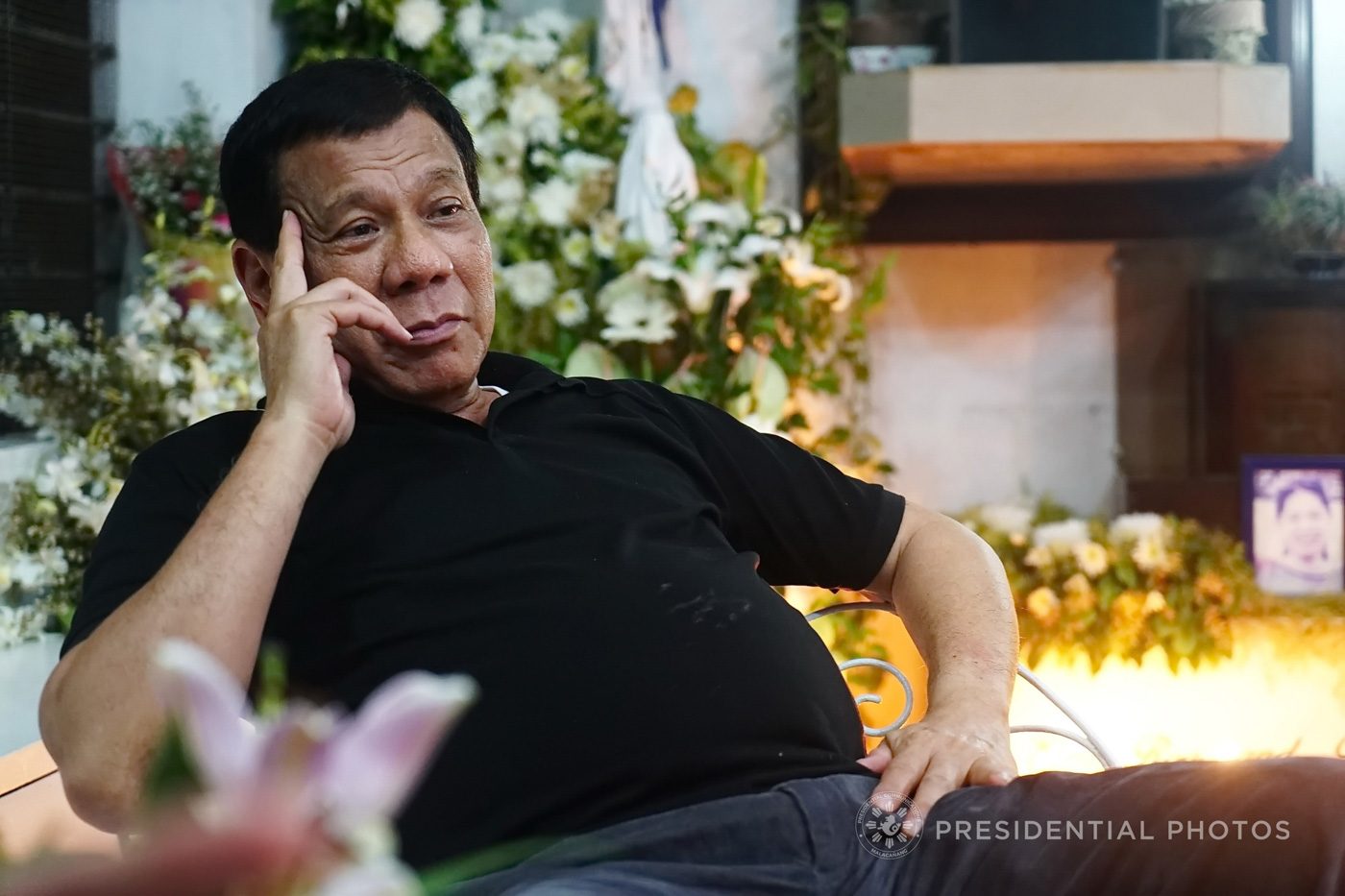 MANILA, Philippines – After calling on Filipinos to “emulate” the saints, President Rodrigo Duterte questioned the Catholic’s commemoration of All Saints’ Day and called saints “gago (fools)” and “lasenggo” (drunkards).

He said this on the evening of  All Saints’ Day on Thursday, November 1, while in Cauayan, Isabela.

(The Catholics are crazy. Why is there All Souls’ Day then All Saints’ Day. We don’t even know those saints, who those fools are, those drunkards.)

He then joked that Filipinos should just commemorate and honor one “patron” saint for the sake of convenience.

(Just opt for his this, I’ll give you one patron [saint] so you don’t need to go out. Get hold of a picture of mine. Put it in the altar: Santo Rodrigo.)

Just hours before, Malacañang released Duterte’s official All Saints’ Day message where he asked Filipinos to emulate the “virtuous example” of saints and the dearly departed.

“Together, let us emulate our saints, pray for the eternal repose of souls and deepen our engagement with our communities as we work for real and lasting change,” read his message.

After visiting Northern Luzon, Duterte flew back to Davao City where he offered a prayer before the grave of his parents Soledad Roa Duterte and Vicente Duterte. – Rappler.com