Sister Patricia Fox: I will return 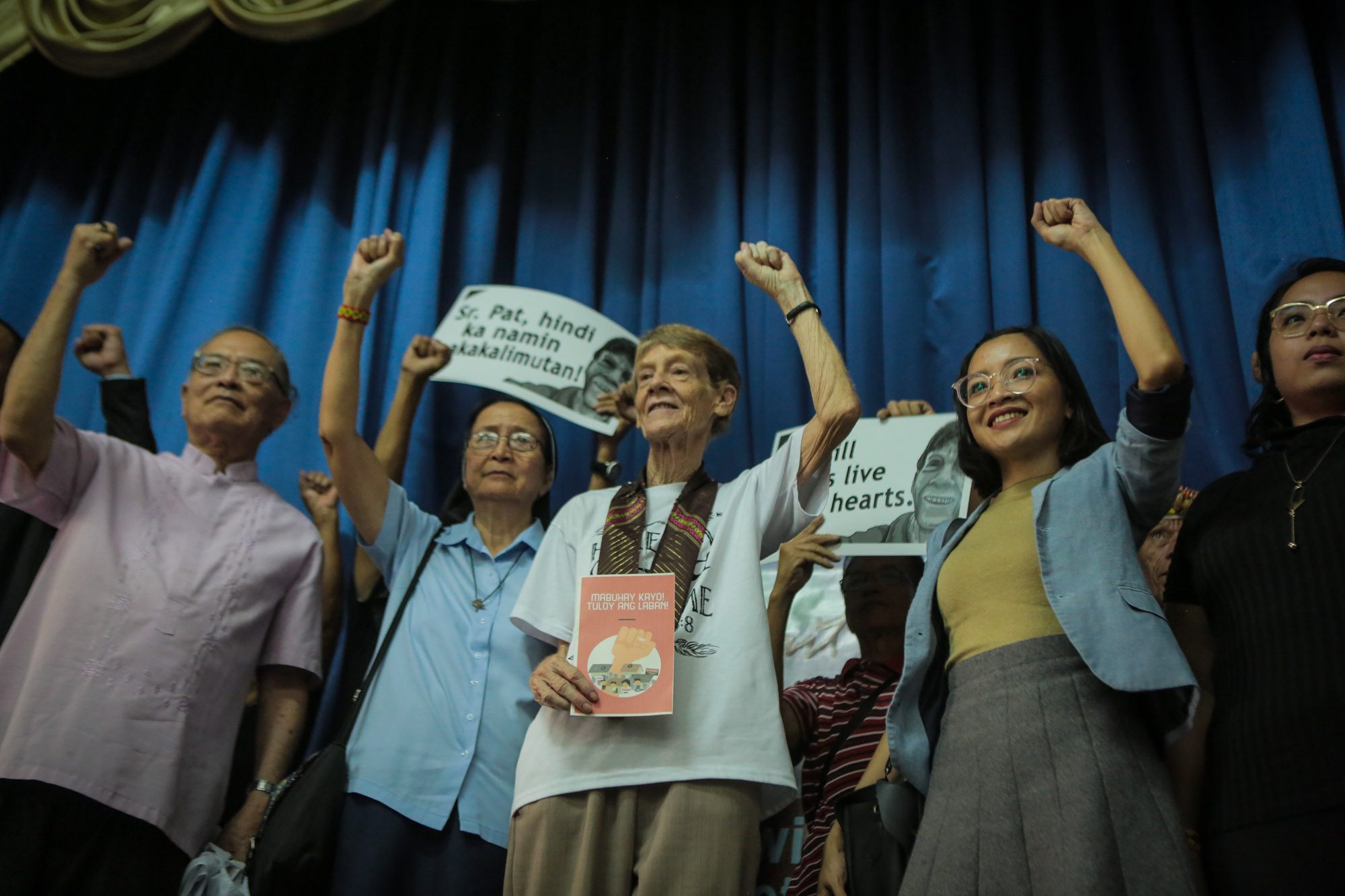 MANILA, Philippines – After almost 3 decades of missionary work in the country she called home, Australian Sister Patricia Fox  on Saturday, November 3, bid farewell to the Philippines but just as quickly said she would “return one day.”

Fox did not look defeated, hours before she was to board a flight out of the country. She said she was confident she would return someday,

“Tuloy ang deportation case. Mananalo tayo doon. May panahon, babalik talaga [ako] one day (The deportation case continues. We will win. There will come a time, I will certainly return one day),” Fox said.

The Bureau of Immigration ordered the deportation of Fox after spotting her attending rallies critical of the government. She appealed the order before the Department of Justice, but as the case remained pending, her missionary visa was rejected for renewal and had been downgraded to a tourist visa.

Her tourist visa expired on Saturday, forcing her to leave the Philippines where she had been working for indigent farmers, laborers, and peasants for 27 years. (READ: Crackdown on missionaries fuels dictatorship fears)

Fox said she would continue her fight against the oppression of marginalized Filipinos even outside the Philippines.

“Hindi pwedeng tumigil hanggang may katarungan at may kapayapaan…. Kahit saan ako, sasama pa rin ako…Magiging matatag ako sa pakikibaka (We cannot stop until there is justice and peace…Wherever I am, I will join…I will be steadfast in fighting),” Fox said.

Fox shared during a press conference that followed the mass that she had been reflecting if it would have been better for her to have remained silent. She said she would have preferred to speak out despite the threat of the government retaliating.

Before Fox left, she left an encouraging piece of advice to those she had worked with in the Philippine Catholic church and volunteer groups.

“Madaming nangyayari, pero alam namin na kung nakiisa kayo, matatag ang paninindigan, walang imposible, at mababago ang sistema (There are so many things happening, but we know that if you are united, that if your conviction is strong, there is nothing impossible, and the system will be changed),” Fox said. – Rappler.com