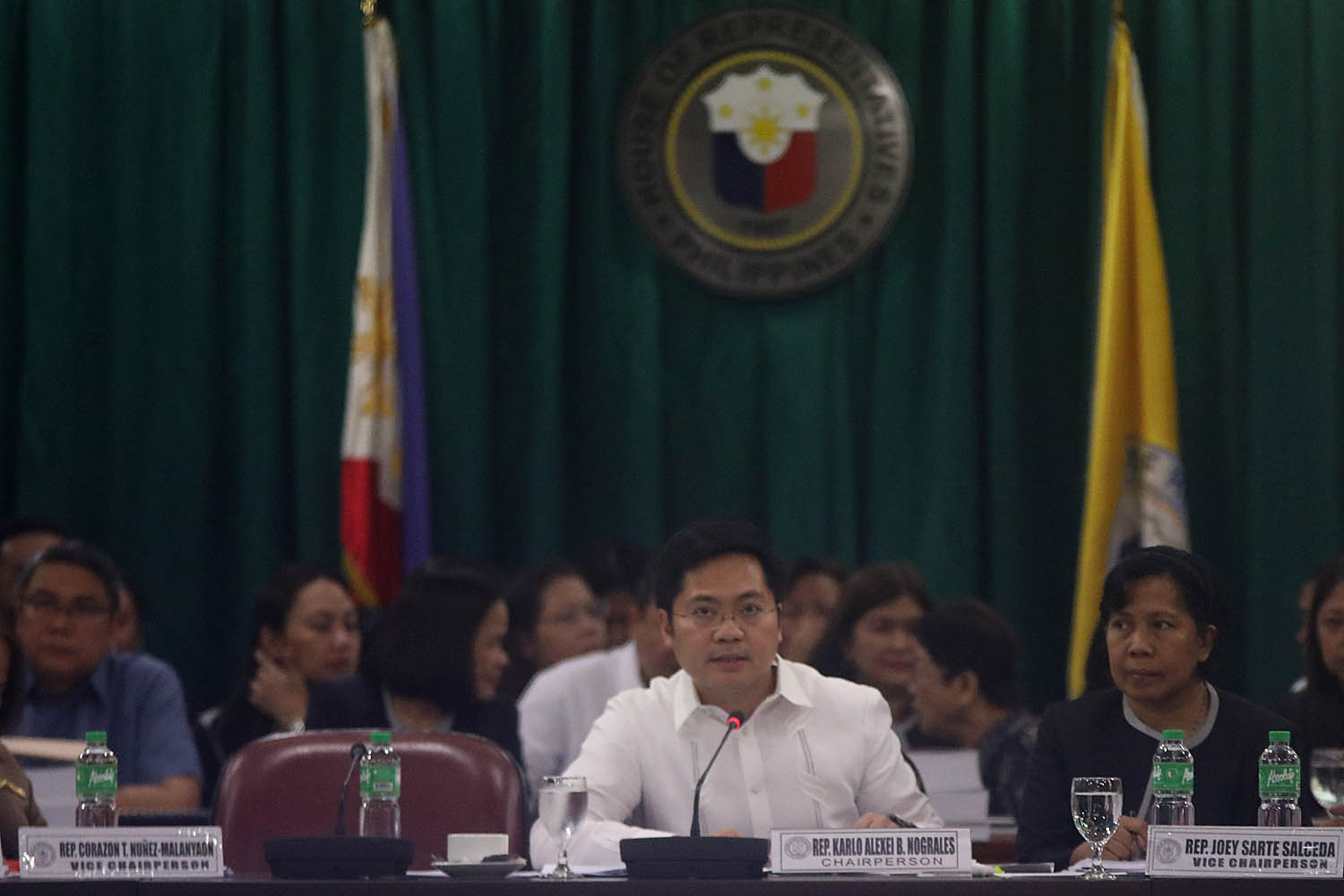 Nograles made the statement ahead of his oath-taking for the post in Malacañang on Monday, November 5. (READ: From House to Palace: Karlo Nograles is next Cabinet Secretary)

“As appropriations chair, one has to be familiar with the financial resources of the government’s different agencies, as well as have a general idea of their main thrusts and major programs. This is knowledge and experience I believe I can put to good use in my new position,” said Nograles.

“And with the guidance and input of the senior officials in the Cabinet, like Executive Secretary Salvador Medialdea and Finance Secretary Sonny Dominguez, I hope to hit the ground running and do whatever I can to help the President,” he added.

Nograles, however, will have fewer powers than former cabinet secretary Leoncio Evasco Jr, who is running for Bohol governor next year. A Duterte executive order stripped the office of supervision over 8 agencies.

Duterte’s appointment of Nograles is interesting, as the latter’s father, former House speaker Prospero Nograles, had engaged in bitter rivalry with Duterte in Davao City. When Duterte won the presidency in 2016, however, the two mended ties, with the Nograles clan supporting his presidential bid.

The younger Nograles has since been a dependable Duterte ally in the House, readily defending the President from critics.

Duterte also likes to call the younger Nograles his “nephew.” He and Nograles are related by blood as Nograles’ mother, Rhodora Bendigo, is Duterte’s 3rd cousin.

Nograles, a 3rd-termer congressman, then thanked Duterte for trusting him.

“I thank President Duterte for welcoming me to his Cabinet. As a fellow Mindanaoan and kapwa probinsiyano (someone from the province), I hope to contribute to government efforts to bring development to the regions through different programs that place an emphasis on providing more economic opportunities outside Metro Manila,” said Nograles.

“My congratulations to the new Cabinet Secretary, Karlo Nograles. I am sure he will do very well in his new position, and that he will be a valuable member of the President’s team. I wish him all the best!” said Arroyo.

“The legislative branch has always been a talent farm of the executive. Congressman Karlo joins the long list of lawmakers tapped for Palace service. He is very much overqualified for the position,” said Andaya.

“As head of the appropriations committee, he brings with him a wealth of experience in matching public resources with people’s needs,” the majority leader added.

Prior to his appointment to the Duterte Cabinet, Nograles wanted to run for senator in 2019. But he dropped his Senate bid after the House leadership discovered that more than P50 billion in “misplaced” funds were inserted into the 2019 budget.

The House leadership then convened the committee of the whole that took jurisdiction over the proposed 2019 budget from Nograles’ panel and moved to realign P51.792 billion in Department of Public Works and Highways funds originally allocated for infrastructure projects in several regions to other projects of the department and other state agencies instead.

Nograles also did not participate during the plenary deliberations on the 2019 budget. The vice chairpersons of the appropriations panel defended the budget at the plenary instead. – Rappler.com