Nov 6, 2018 11:52 AM PHT
Lian Buan
Facebook Twitter Copy URL
Copied
Judge Lorna Navarro Domingo says while she 'finds no sufficient ground to inhibit herself from conducting trial,' she did so 'to show good faith to all parties' 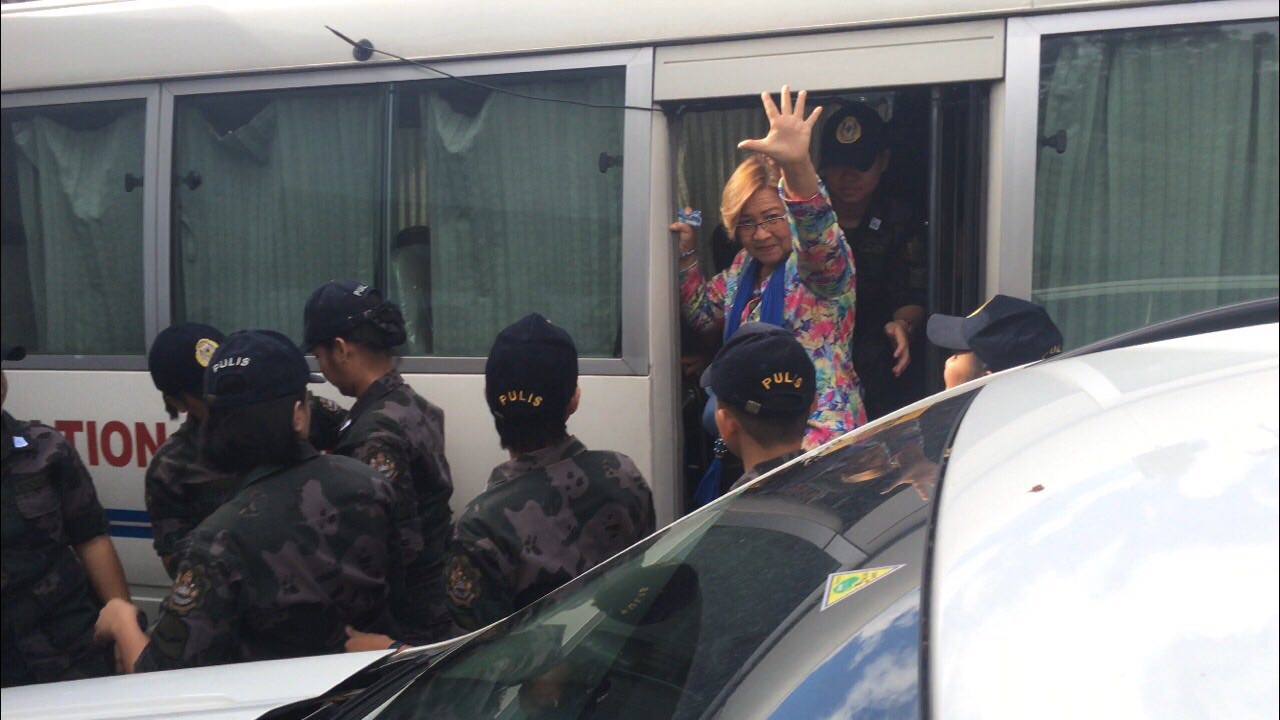 Domingo – the 4th judge in one year and 9 months to inhibit from hearing De Lima’s case – acted on the request for inhibition of the opposition senator, who claimed that the Muntinlupa judge had exhibited “manifest bias, partiality, and hostility” toward her.

De Lima cited Domingo’s decision to allow convicts to be valid witnesses in the case, and her restriction of media access to the hearings.

“The Court finds no sufficient ground to inhibit herself from conducting trial, however, in order to show good faith to all parties concerned and being within the discretionary power of this Court, the undersigned Presiding Judge recused herself from trying this case,” Domingo said in an order dated November 5, released to the parties on Tuesday, November 6.

De Lima, who faces 3 counts of conspiracy to commit illegal drug trade, complained that she was not given time to submit an additional pleading when she appealed the September order of Domingo to allow convicts to stand as witnesses in her case.

Domingo said De Lima did not submit her pleading in time. The senator’s lawyer, Ted Rigoroso, had explained that they were not served the prosecution’s pleading in time because of the delays in snail mail.

“There is no mistake to correct. So the Court merely reiterated the order dated September 24, 2018,” Domingo said, referring to the decision on the convicts as witnesses.

De Lima also complained why the media could not cover the hearings, saying it deprived her and the public the right to an open trial.

Citing sub judice, Domingo said “media men were not allowed inside the court room to cover the proceedings since it would distract the parties as well as lawyers inside.”

Last month, the Supreme Court allowed media coverage of De Lima’s trial but it has yet to release its official guidelines. It is unclear whether Domingo’s inhibition would affect this.

With Domingo becoming the 4th judge to inhibit from De Lima’s drug case, only Judge Amelia Fabros Corpuz of Branch 205 remains on the case.

De Lima’s cases have moved at a slow pace due to pleadings from De Lima’s side and the Department of Justice (DOJ) decision to amend its information in the middle of hearings.

The senator, a fierce critic of President Rodrigo Duterte and his bloody drug war, had been detained at the Philippine National Police Custodial Center since her arrest in February 2017.– Rappler.com