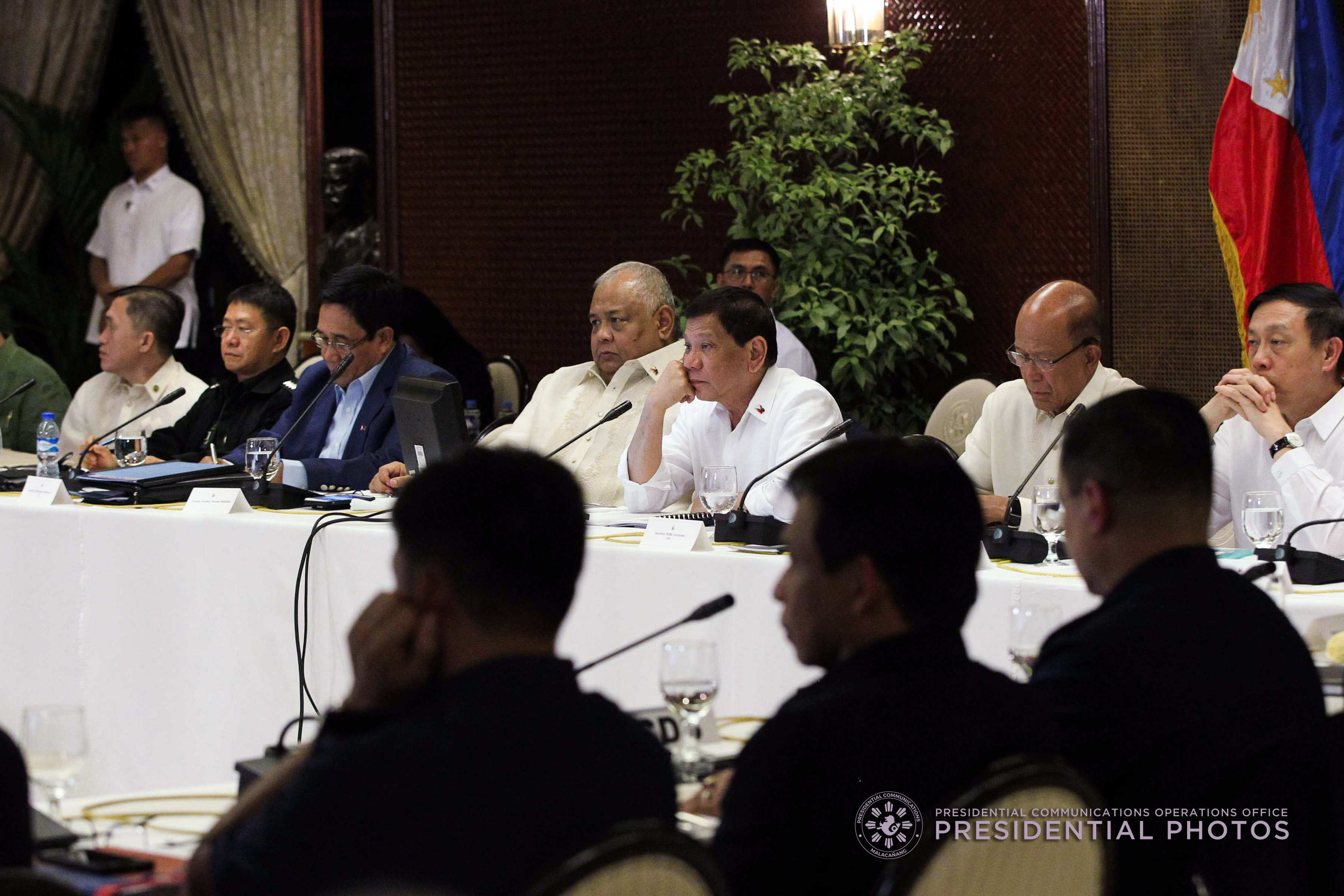 MANILA, Philippines –  Luzon local government officials will be included in a meeting that will tackle extending martial law in Mindanao, Department of the Interior and Local Government (DILG) Secretary Eduardo Año said on Tuesday, November 6.

According to Año, they will convene a meeting with the regional peace and order councils (RPOCs) of Mindanao “at the end of November” to get a “consensus” on extending martial law. President Rodrigo Duterte and, curiously, Luzon RPOCs will also join in the meeting.

RPOCs consist of the following:

What is the meeting for? RPOCs are mandated to regularly meet to address security issues, but this meeting is special, as according to the DILG chief, Duterte will get the opinion of local officials face-to-face on whether military rule should be extended in Mindanao beyond December 31.

(We will convene all RPOCs of Luzon and Mindanao in one venue in Davao. It would be attended also by the President. So this now will give the consensus what their recommendation is.)

Why include Luzon? Asked to clarify why Luzon was included, Año said they wanted to include the Luzon RPOCs because they have failed to convene the councils recently.

(It was only supposed to be with Mindanao RPOCs. Separate. But because the President is interested to attend, so we decided that it would be an opportunity for Luzon RPOCs, which we haven’t convened to join.)

Asked if this means that the administration is considering expansion of martial law to Luzon, Año told Rappler in a text message, “No. ML (martial law) is only for Mindanao.” – Rappler.com