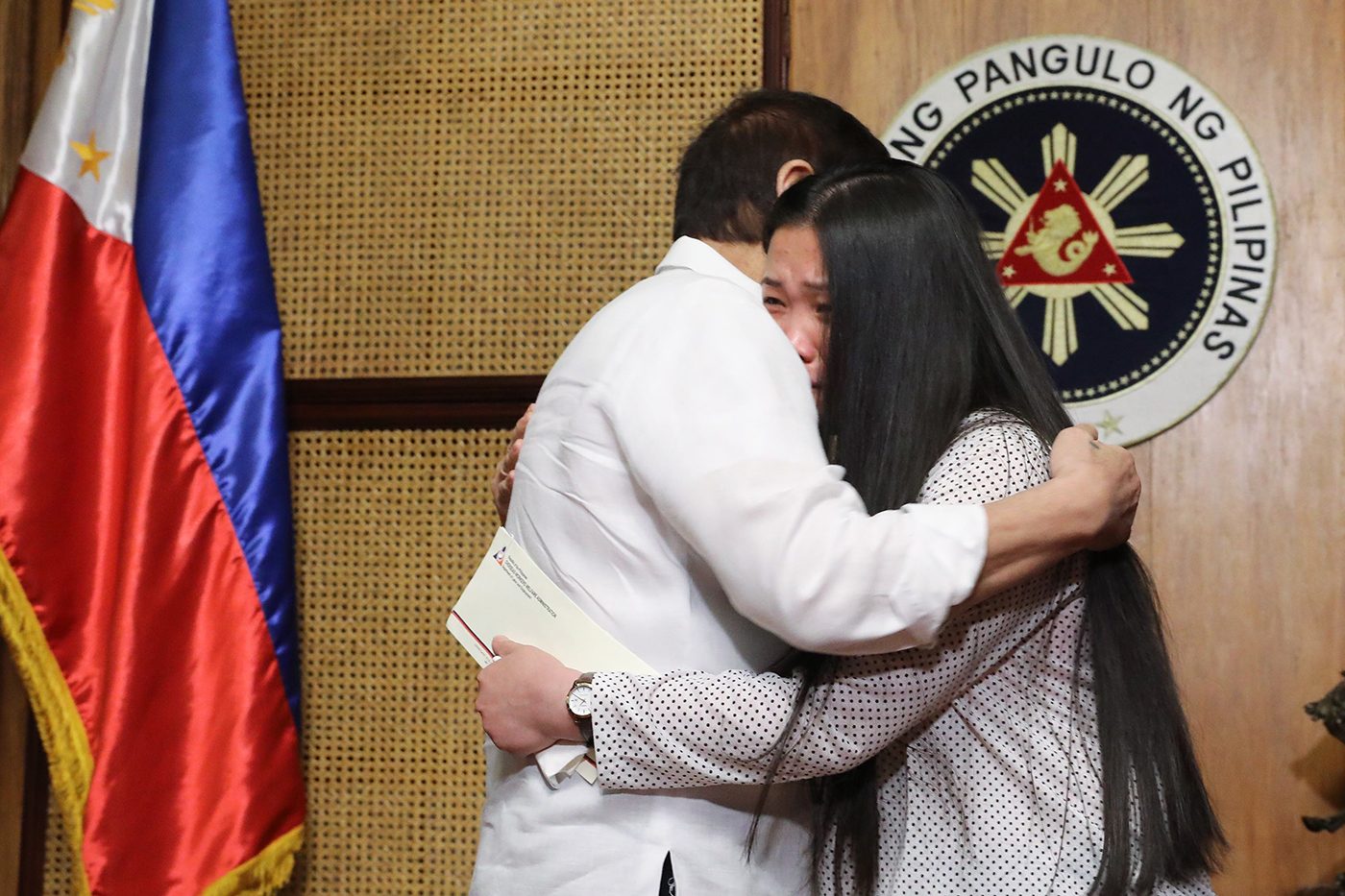 MANILA, Philippines (UPDATED) – Jennifer Dalquez, the migrant Filipino worker saved from death row in the Middle East, could not help but cry on President Rodrigo Duterte’s shoulder during their meeting on Tuesday, November 6.

Dalquez and some members of her family met with the President in Malacañang, 4 days after she arrived in Manila from Abu Dhabi in the United Arab Emirates (UAE), where she was kept behind bars for nearly 4 years.

In a tweet, Cacdac said Duterte was a “shoulder to cry on” for the 29-year-old Dalquez. He also described the Palace meeting as “tearful” and “joyous.”

He told Rappler that Dalquez, during the meeting, “was thankful for the President’s help in bringing her home.”

Duterte also provided cash assistance and issued orders for the government to facilitate livelihood opportunities for her, said Cacdac. 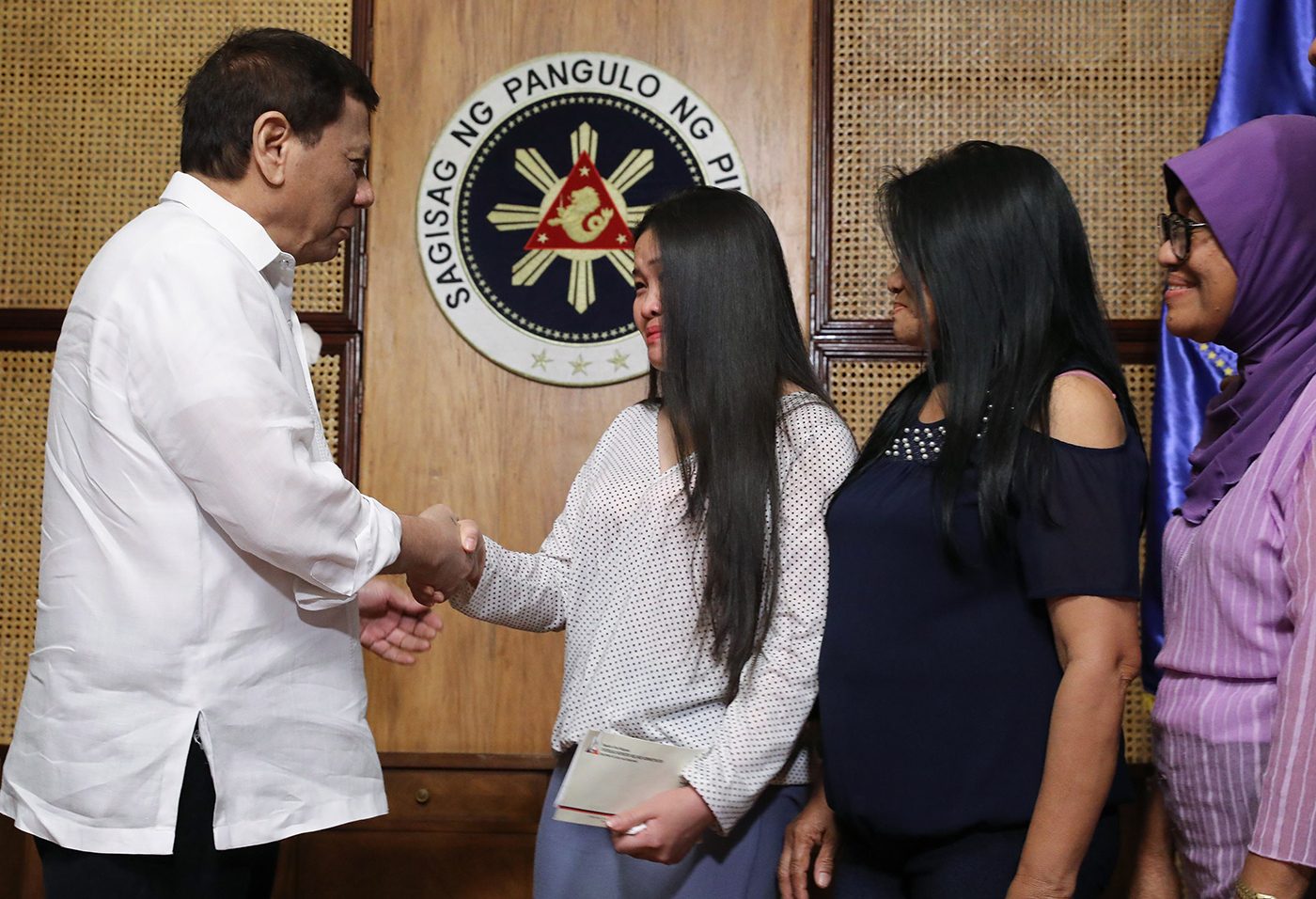 Dalquez was sentenced to death for murdering her abusive employer in 2014. She said she acted in self defense as her employer attempted to rape her at knifepoint.

The DFA, through the Philippine embassy in the UAE, provided her legal assistance and worked for her acquittal. (TIMELINE: Jennifer Dalquez’s journey to death row and acquittal)

While she was acquitted of murder charges in 2017, she had to serve a jail term for theft that ended on October 25, the DFA said.