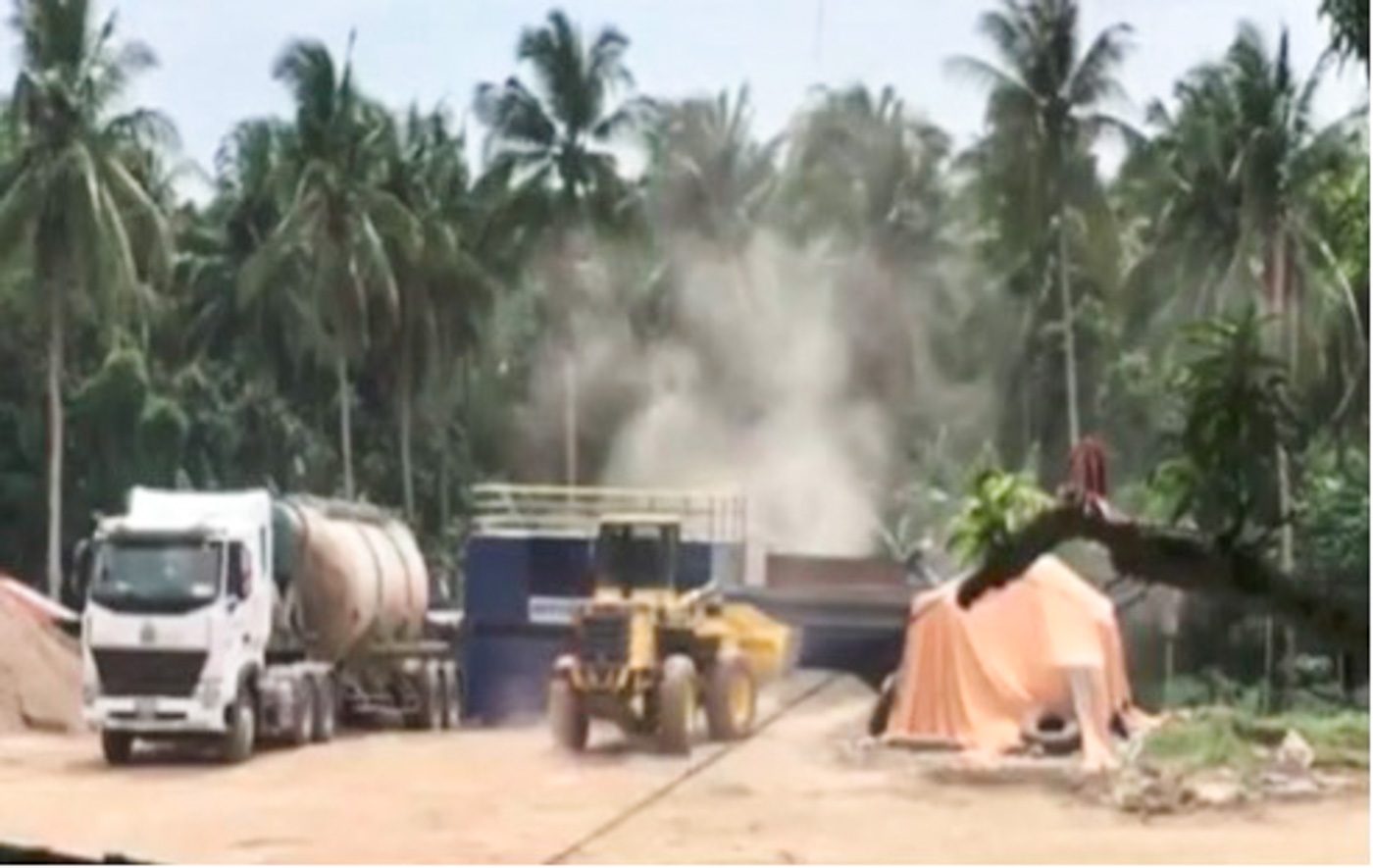 BATANGAS, Philippines – Residents of Barangay Calamias in Lipa City are calling on higher authorities to look into the continued operations of a batching or concrete plant despite an earlier closure order issued by the city government of Lipa.

In a document obtained by Rappler, members of the Sangguniang Barangay of Calamias issued an ordinance last September, urging the city government to shut down the plant upon the request of residents.

Among the concerns raised were: “Pending investigation and/or filing of administrative / criminal charge/s against you for violation/s above-cited, subject establishment is hereby ordered CLOSED effective upon receipt hereof. Consequently, you are hereby directed to cease and desist from further operating the business to which the subject establishment is engaged,” the mayor’s order read.

In an inspection report prepared by the City Permits and Licensing Office (CPLO) dated August 29, it was discovered that RY Saligvera was found to have been operating despite the closure order. The closure order signage posted was taken off the establishment’s entrance gate, along with the chain and padlock earlier placed by city authorities.

“According to the plant manager, Engr John Calingasan, he was informed by the plant’s personnel that last August 28, a group of 4 men who identified themselves as employees from Lipa City Government arrived to the business area and informed them that such closure order was lifted and that they are going to remove the signage together with its chain and padlock.  He also informed us that the reported government employees who detached the closure signage have not explained to the personnel of the batching plan the reasons behind the lifting of the said closure order,” the report said.

In reply, the CPLO inspectors informed the plant manager that the said closure order had not been lifted and only they had the authority to lift it.

In another letter dated September 13, 2018, CPLO Officer Divina Simangan informed barangay chairman Peralta that they had enforced two closure orders on the subject establishment and it was the first time they had encountered such disregard for the Cease and Desist order issued by the mayor.

Simangan added that the latest instruction by Mayor Sabili was for the City Legal Office to prepare the necessary documents for the filing of appropriate charges against the owner of the subject establishment. But according to Calingasan, barangay captain Peralta granted them a temporary permit.

(Our permit is being processed at city hall while we’re waiting for the reclassification of our land from agricultural to industrial, but we have a document from the barangay chairmen that shows we are allowed to operate. And city hall knows that too, since we were able to address all the complaints of the residents.)

The “temporary permit” Calingasan was referring to is an unnumbered barangay resolution dated October 3, authorizing barangay chairman Peralta to enter into a compromise agreement in favor of RY Saligvera Builders.

The compromise agreement signed by Peralta states that both parties have agreed to settle the case amicably and the complaint pending before the office of the city mayor would be withdrawn. In exchange, RY Saligvera Builders undertakes to to the following:

Andre Cumagun, a barangay resident whose family has lived in the area for several generations, is appalled by this development.

(The barangay doesn’t have the right to issue a temporary permit. It is the city that regulates, not the barangay. We’ve gone to almost all the authorities to complain, but the plant’s operations continue. This is the problem here, there are no clear rules and regulations when it comes to batching plants. They can’t expect us to leave, we were here first.)

Residents are calling on their mayor to make good on his promise to file appropriate charges against owners of the plant. – Rappler.com