DAVAO CITY, Philippines – On Thursday, November 8, Indigenous Peoples Mandatory Representative (IPMR) Datu Radin Igwas got on a horse to travel from his home in Barangay Perez, Kidapawan City, to the Sangguniang Panglungsod session, some 6.4 kilometers away.

No, Igwas was not trying to make a statement about being an IP leader, nor was he doing it for fun. He said he was forced to ride on a horse because two weeks ago, Kidapawan City Mayor Joseph Evangelista issued a memorandum removing his service vehicle.

Upon receiving the memo, Igwas said he was not seriously troubled because “I can still attend the session by other means.”

“We datus are used to using horses to move around,” he said.Upon receiving the memo, Igwas said he was not seriously troubled because “I can still attend the session by other means.”

But when the second memo from the Mayor came, also on October 28, he started to worry. He was also losing his office space.

Igwas said that Evangelista explained in the second memo that Igwas’ office would be renovated for the use of the deputy mayor for the IP.

In a statement, Igwas said he heard he would lose his service vehicle and his office space because he was supposedly supporting Evangelista’s rival in the May elections. Evangelista is running for reelection and is being challenged by Vice Mayor Bernardo Piñol Jr. 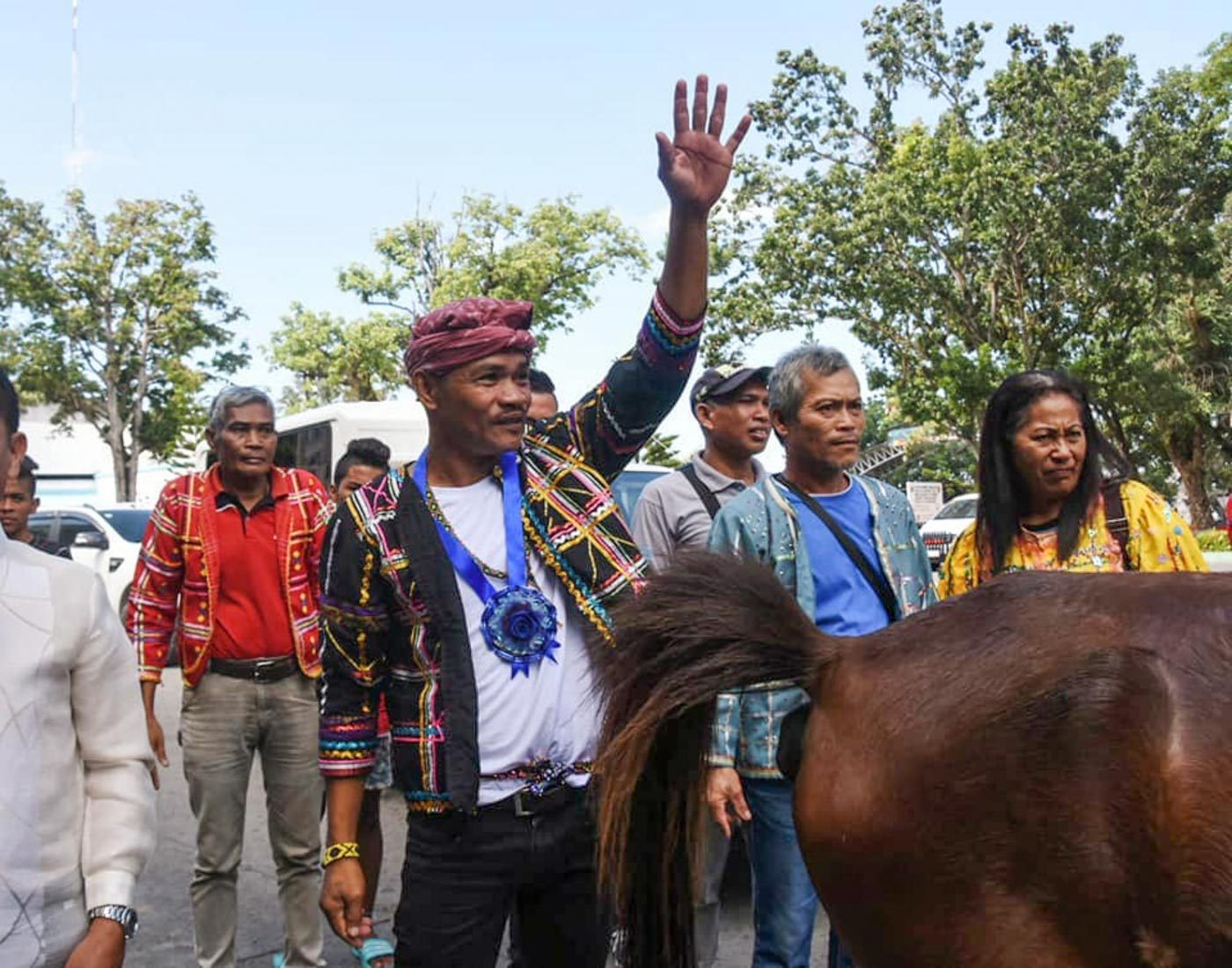 Igwas denied he was playing politics. “I cannot support any candidate because that is not allowed under the law, I am the IPMR and I am supposed to be apolitical,” he added.

Igwas also said  that some Manobo tribal leaders had sought the help of Piñol on his behalf and the vice mayor agreed to stay the enforcement of Evangelista’s order while preparations were being done for a his office space.

Meanwhile, Evangelista admitted that he had indeed recalled the service vehicle issued to Igwas and asked him to vacate the office he was occupying.

He told Rappler there was no politics involved in his two memoranda.

He said Igwas had written him a letter in February, asking him to fund the renovation of his office. “He was the one who asked for it,” Evangelista over the phone.

The mayor said Igwas’ office would be turned into a training center for women IPs and that sewing machines would be put there.

“They need a space for the training,” Evangelista added.

Evangelista also said that once renovated, the space would be called the Kidapawan City Tribal Hall and Training Center.

As to Igwas’ service vehicle, Evangelista said it was recalled because he wanted to send it for repairs “as it was a very old vehicle and I want to make sure it is still serviceable.”

“It was given several years back, during the time of then mayor Luis Malaluan, and it is quite dilapidated already,” he added.

Evangelista said once the mechanic finds out that it could no longer be serviced, he would order it condemned and he would purchase a new vehicle for the use of the IPs.

“I really wished that Igwas waited for my return from Japan so I could clarify things up,” he added.

Igwas said these were not the reasons given him.

“The vehicle was recalled for the use of the city engineering and the office for the use of the deputy mayor for IP. I guess I was stripped of these because there are things I would not do, jobs that I cannot simply do because it is not within my mandate,” he said.

Igwas would not say what these “jobs” are. – Rappler.com