Nov 10, 2018 2:11 PM PHT
Lian Buan
Facebook Twitter Copy URL
Copied
'This case against Rappler is a clear assault on press freedom in the Philippines and part of the Duterte government’s attempt to evade scrutiny and accountability,' says Human Rights Watch 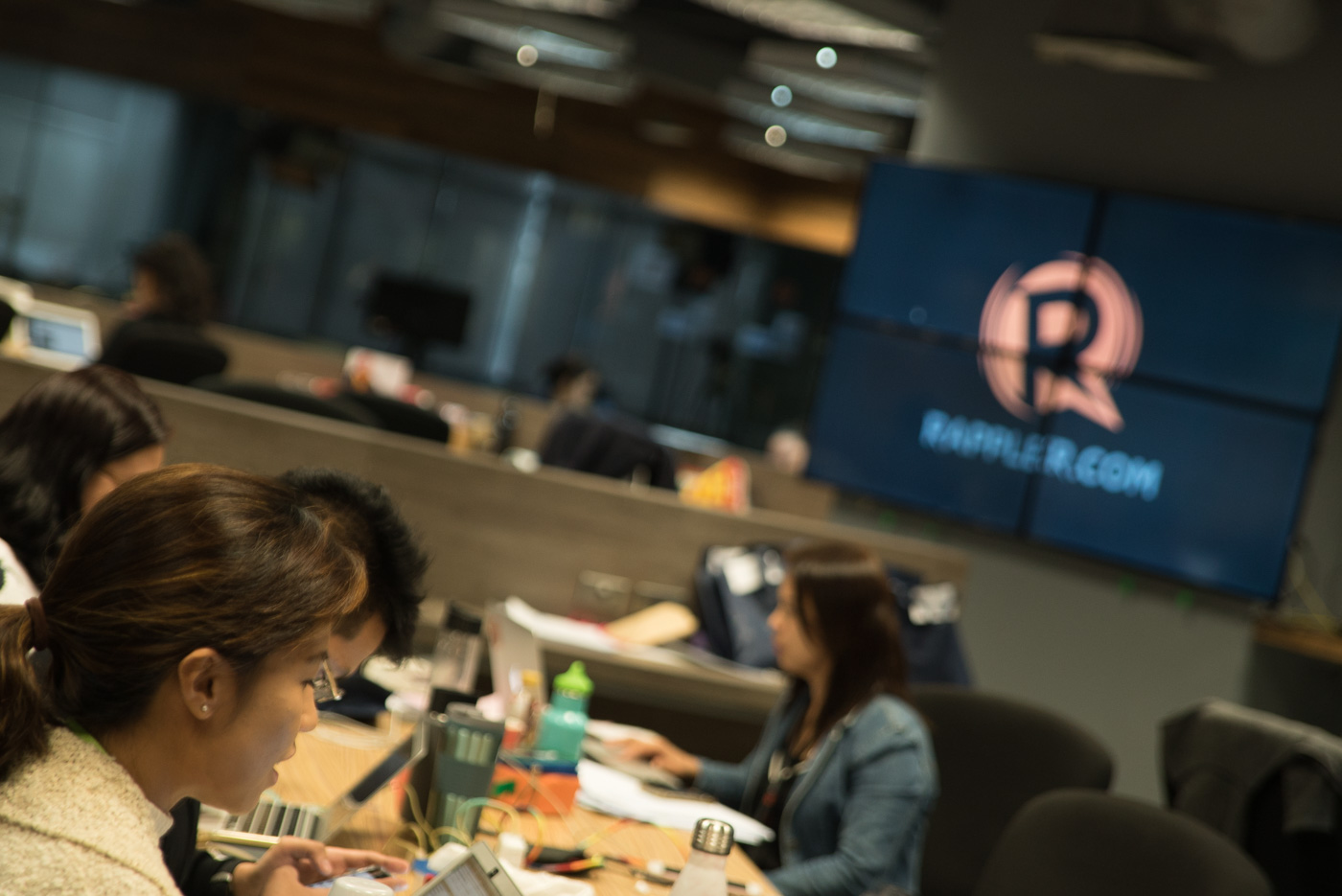 In a statement on Saturday, HRW Asia Director Brad Adams called the indictment a “clear desperate attempt by the administration of President Rodrigo Duterte to shut down one of the critical voices in Philippine journalism.”

The Department of Justice (DOJ) announced on Friday, November 9, that its prosecutors found probable cause to charge Rappler of tax evasion and failure to file tax returns over its Philippine Depositary Receipts or (PDRs). A PDR is a mechanism by which a Philippine company can have foreign investments.

Philippine media companies are required by the Constitution to be 100% owned. The Court of Appeals (CA) earlier ruled that the supposed defects have been “permanently removed” because of the move of foreign investor Omidyar to donate the PDRs to Rappler’s managers, who are all Filipinos.

“Prior to the indictment, Rappler was subjected to a barrage of harassment and intimidation by the administration, starting with Duterte himself. This includes threats on social media and blocking the news website’s reporter from covering the presidential palace,” said Adams.

He was referring to Duterte’s order to bar Rappler reporter Pia Ranada from entering the entire Malacañang complex. Ranada and Rappler reporters and correpondents have also been barred from covering all presidential events in and out of the country.

“Rappler has been in the cross-hairs of the administration from Day One because of its unrelenting and exceptional coverage of corruption and malfeasance in government, particularly the drug war,” said Adams. (READ: The Impunity Series)

Justice Secretary Menardo Guevarra said that the charges will be filed before the court as early as next week, which includes charges against Rappler CEO Maria Ressa.

“Assistant State Prosecutor Zenamar Machacon-Caparros upheld the complaint filed by the Bureau of Internal Revenue (BIR) against Rappler Holdings Corporation (RHC) and Ressa for wilful attempt to evade or defeat tax and willful failure to supply correct and accurate information,” said the DOJ.

The DOJ interpreted the PDR as taxable income, alleging that Rappler “gained” P162.5 million from its PDR. Securities expert and Rappler counsel Francis Lim disputed that interpretation, saying that “it presumes – wrongly – that Rappler is a dealer in securities that profited from a sale.”

The DOJ statement did not mention Rappler’s total tax liabilities. The justice department has not yet released a copy of the full resolution.

“The resolution will have a chilling effect on those who have raised and will raise capital through the issuance of PDRs and is a blow to the development of our already laggard capital markets. We will pursue all legal remedies and we are optimistic that we will prevail in the end,” Lim added.

Adams said: “This case against Rappler is a clear assault on press freedom in the Philippines and part of the Duterte government’s attempt to evade scrutiny and accountability.”

Rappler has maintained that the indictment “is a clear form of continuing intimidation and harassment” against the company and “an attempt to silence reporting that does not please the administration.” (Read Rappler’s full statement here.) – Rappler.com