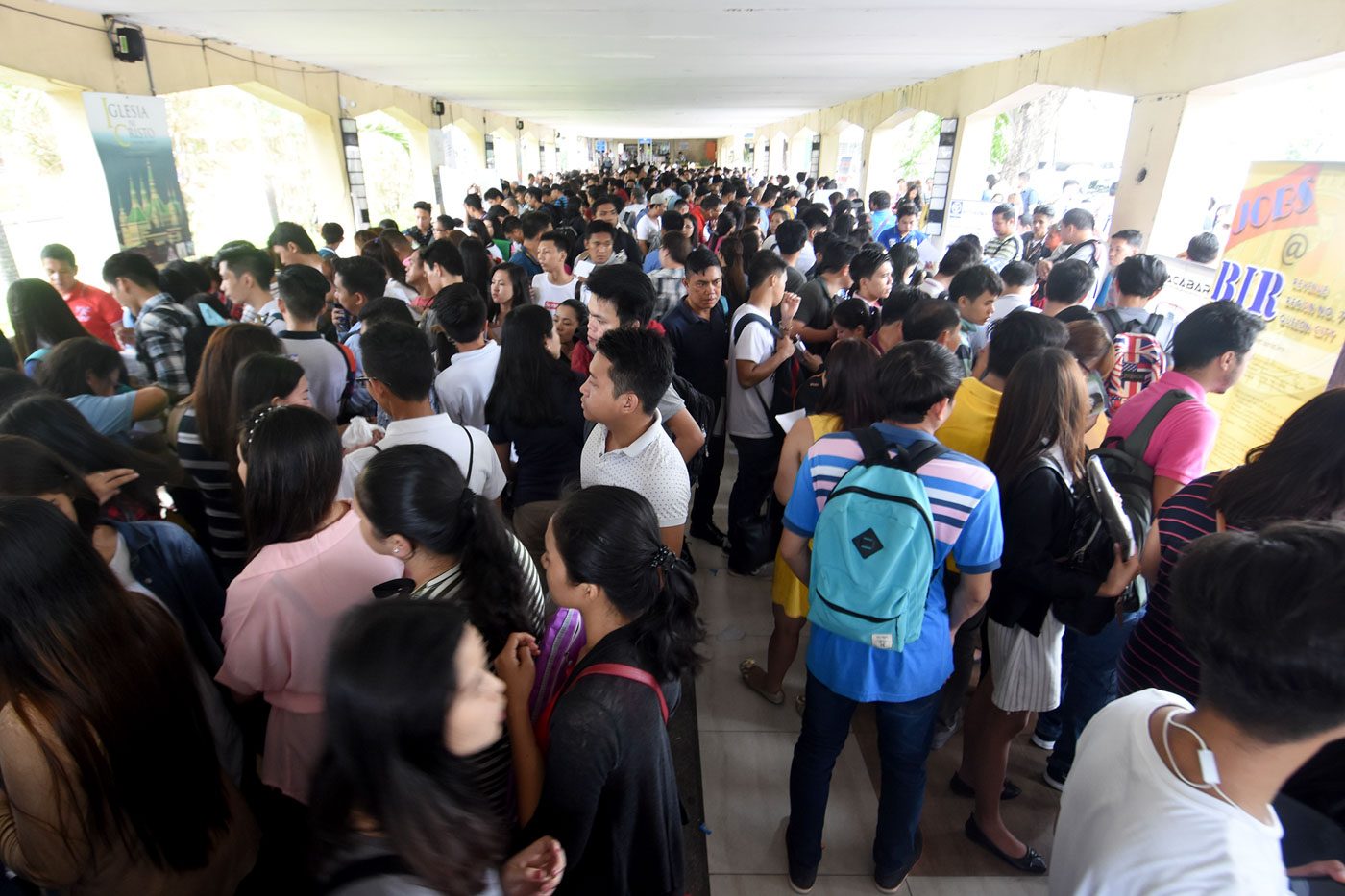 MANILA, Philippines (UPDATED) – Over a million more Filipino adults became jobless in September, according to the results of a Social Weather Stations (SWS) survey released  on Saturday, November 10.

The SWS said adult joblessness includes those who voluntarily left their old jobs, those who lost their jobs, and first-time jobseekers.

Net optimism on job availability was at a “high” +24 in September, 8 points lower and a downgrade from the “very high” +32 in June.

Among geographic areas, adult joblessness was highest in Metro Manila at 26.4% in September, up by 6.9 points from 19.4% in June.

“The quarterly Social Weather Surveys on joblessness are not commissioned, but are done on SWS’s own initiative and released as a public service,” SWS said.

At the time the survey was held, and between the June and September surveys, among the major news were rising inflation and higher prices of basic commodities.

Panelo noted that President Rodrigo Duterte recently signed Republic Act No. 11032 or the Ease of Doing Business Act, and that having Isidro Lapeña as director-general of the Technical Education and Skills Development Authority can boost employment in the country.

“Indeed, there will be no let-up in our efforts to bring down the unemployment rate and increase labor participation among our youth and women,” Panelo said. – Rappler.com