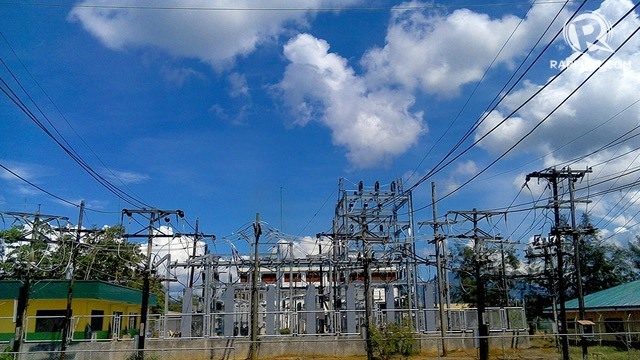 Facebook Twitter Copy URL
Copied
'I'll give you about towards the end of the year. You have to upgrade your source of energy kasi 'pag hindi, hanap ako ng may pera talaga. 'Yung China nangangati kamay niyan,' President Rodrigo Duterte says in a speech in Puerto Princesa City

MANILA, Philippines – President Rodrigo Duterte said on Saturday night, November 10, that he would be compeled to expropriate the franchise of independent power producers (IPPs) in Palawan and sell them to “big players” to end the rotational power outages in the province.

Speaking at the Subaraw Festival in Puerto Princesa City, Palawan, Duterte urged the IPPs to provide enough electrical energy to the province so he would not be compeled to take away their franchise and give them to “big players” that could do the job.

“I’ll give you about towards the end of the year. You have to upgrade your source of energy kasi ‘pag hindi gawin ko, hanap ako ng may pera talaga (if not, I will look for someone who has the money). ‘Yung China eh nangangati kamay niyan eh (China is itching) just to get a hold of development here,” Duterte said.

Palawan has been experiencing rotational power outages due to the inability of the 3 IPPs to stabilize the supply of power in the province, especially when the demand peaks.

Currently, the peak energy demand in the Palawan mainland grid – which includes Puerto Princesa, southern Palawan towns, and Roxas town in the north – is at 45.8 megawatts (MW). The contracted power supply from the 3 IPPs is 53.7 MW.

Duterte said on Saturday that expropriating the power firms’ franchises would end the power supply woes in the province. He said means the government would buy out the cooperatives and have them operated by a new player.

“I will expropriate your franchise. Bilihin ko ‘yan (I will buy it) in a valuation that is fair, just compensation,” he said.

“I will allow other players to enter and I will allow them to buy you out and I will exercise the right of the state to eminent domain,” he added later.

Duterte said he will invite Palawan Governor Jose Alvarez and Puerto Princesa Mayor Lucilo Bayron to a meeting in Malacañang to discuss the matter.

The President also said that he will allow the bigger energy players to come in. Upgrading Palawan’s electrical source is “critical,” he said, especially that it is a tourism destination.

“You better come up with something or I will do something. [You only have power for] 6 to 8 hours and you say El Nido for tourism…. Either do it or I will do it for you. I will wait your decision. I will expropriate. That’s the only thing. I cannot confiscate,” Duterte said.

In August 2017, Senator Sherwin Gatchalian asked the National Electrification Administration (NEA) to investigate the extended power outages that have plagued Palawan since the start of that year. But Gatchalian was not satisfied with the results of the probe, as NEA merely ordered continuous right-of-way clearing and vegetation management.

Later that month, NEA issued a show-cause order against Paleco for its failure to provide reliable service. – Rappler.com