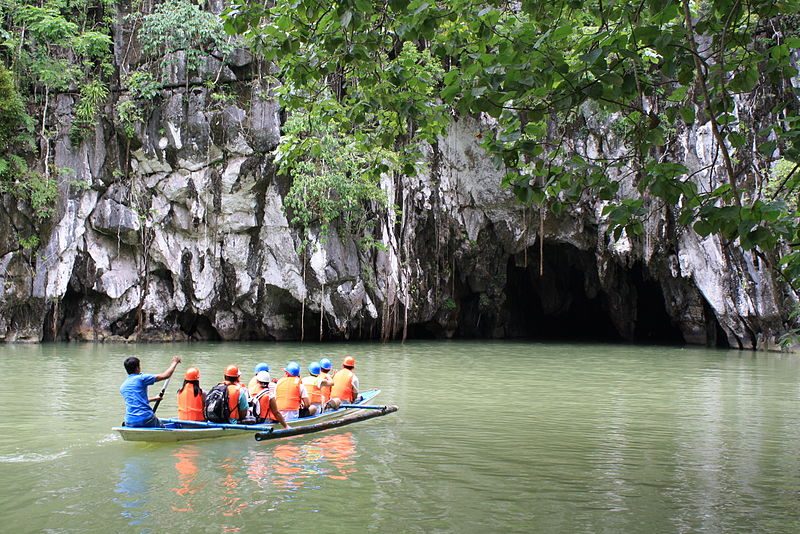 MANILA, Philippines – To avoid another Boracay, or the temporary closure of a tourist destination because of environmental problems, President Rodrigo Duterte urged hotels and other establishments in Palawan to just “follow the rules.”

Speaking at the Subaraw Festival in Puerto Princesa, Palawan, late Saturday, November 10, Duterte said he was “putting on notice” to all hotels and resorts operating near the beach.

“I’m giving notice to hotels na nag-operate sa dagat (operating near the sea). If you want to build a hotel, have a water treatment [system],” Duterte said.

The President also said tourism destinations in the provinces should avoid “overloading” or having people beyond the carrying capacity, and pointed to Boracay as the “classic case.” In April, Duterte ordered Boracay closed for 6 months due to its environmental problems.

(The underground river, you have to control the number of people coming in. Do not allow the hotels to build within the easement. Build farther from there. The beach should remain for the people to enjoy.)

Palawan is one of the country’s top tourist draws, with  Puerto Princesa City isited by over a million tourists in 2017. The other popular destinations in the province are El Nido, and Coron. (IN PHOTOS: Which of these 5 Palawan destinations will you visit next?)

Like in Boracay, the Department of Environment and Natural Resources had cracked down on erring establishments in Palawan’s flagship tourism destination El Nido and Coron. (READ: Which tourist spots will be rehabilitated after Boracay?) – Rappler.com