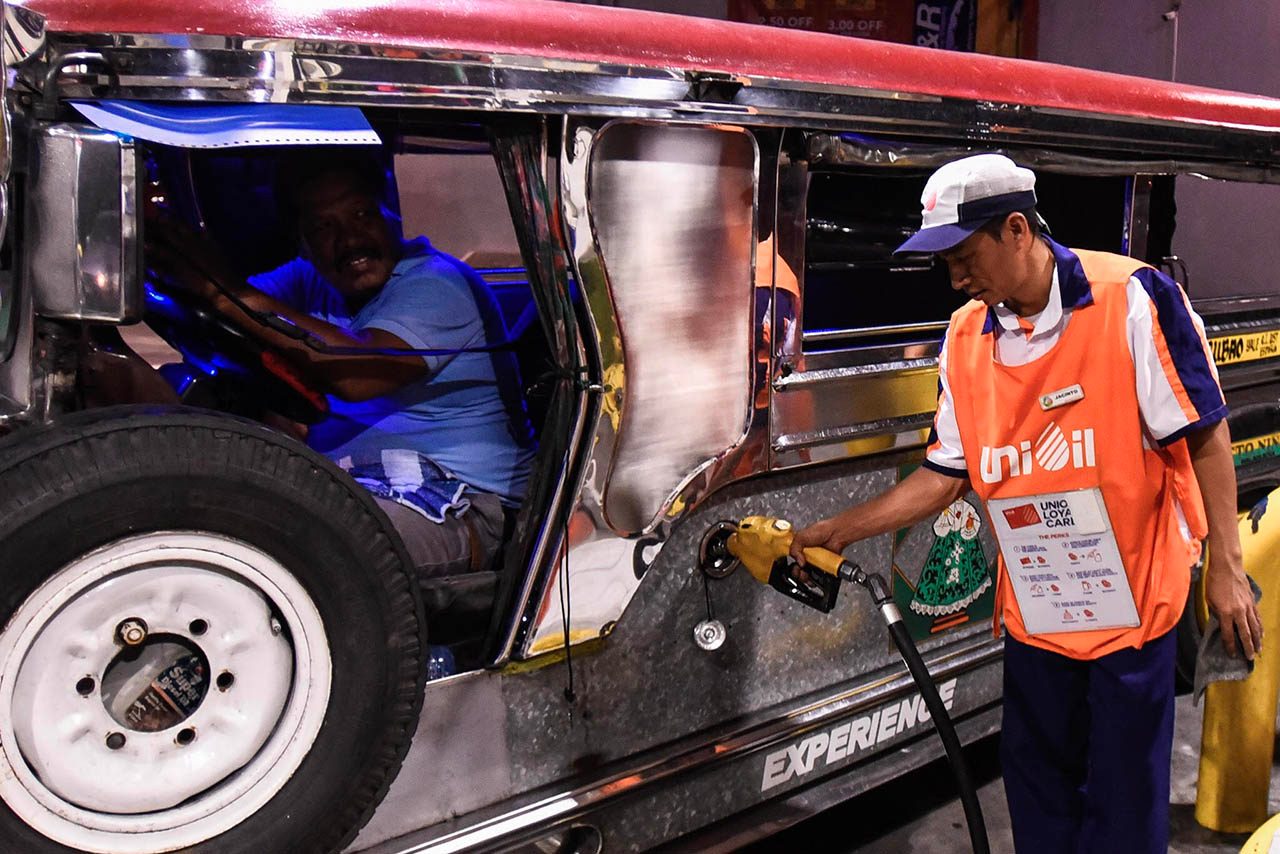 MANILA, Philippines – A commuter group has filed a petition seeking a rollback in jeepney and bus minimum fares, amid the drop in petroleum prices.

In a petition dated Monday, November 12, the United Filipino Consumers and Commuters (UFCC) asked the Land Transportation Franchising and Regulatory Board (LTFRB) to reopen discussions on the recent jeepney and bus fare hikes.

(Petroleum prices have been going down for 5 consecutive weeks. Experts themselves said that the decline in global market prices will continue until 2019.)

The group also noted the Department of Transportation’s order to the LTFRB to review the fare hike decision.

On Monday, oil companies announced another round of cuts in fuel pump prices beginning Tuesday – P1.80 to P1.85 per liter for kerosene, and P2 to P2.50 per liter of gasoline.

In a statement on Tuesday, November 13, the LTFRB said it will schedule a hearing on the petition.

“The merits of the case will be addressed, especially the basis for the petition and consultations,” the regulatory board said.

In mid-October, the LTFRB approved a P2-increase in jeepney minimum fares in Metro Manila, Central Luzon, and Southern Luzon. This was based on a September 2017 petition of operators who cited higher fuel prices.

The regulatory board also approved a provisional P1-increase in Metro Manila buses, partially granting the February 2018 petition of bus operators.

With a review ongoing, LTFRB said that a rollback in minimum fares is possible. – Rappler.com