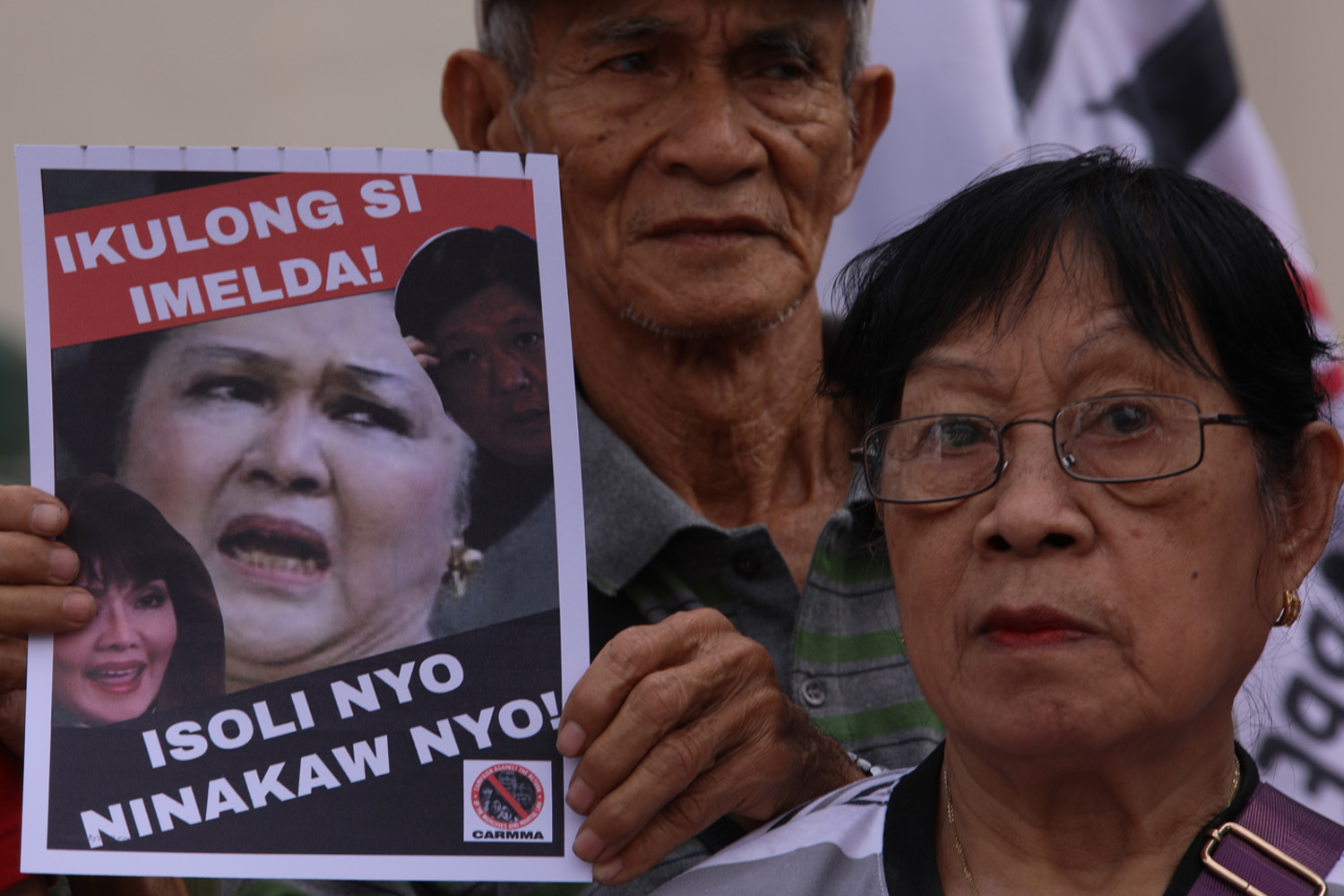 MANILA, Philippines – It is possible for former first lady Imelda Marcos to be allowed to pay a post-conviction bail, but that’s still up for decision by the anti-graft court Sandiganbayan 5th Division which is set to hear her post-conviction remedies on Friday, November 16, at 8:30 am.

What was forfeited by the Sandiganbayan was the bail that she paid while she was on trial.

“On motion of the prosecution and considering that the absence of the accused and her counsel appears to be unjustified, the bonds posted by the accused in the cases where she was convicted are ordered forfeited,” said the 5th Division in its order on November 9, the day the justices handed their verdict finding Marcos guilty of 7 counts of graft.

This is pursuant to Section 20, Rule 114, which forfeits bail when the person does not make a required appearance in court. Marcos did not attend her promulgation on Friday, November 9, which she was required to, thus the forfeiture of bail.

Sandiganbayan Presiding Justice Amparo Cabotaje-Tang confirmed that indeed, it was the trial bail that was forfeited, not the post-conviction bail.

It is Section 5, Rule 114, that allows for a post-conviction bail for convicts like Marcos who was found guilty of generally bailable offenses like graft. But this is not an automatic legal right, but subject to the discretion of the Court.

It is one of the issues that will be tackled on Friday. Marcos’ new laywer, former government corporate counsel Manuel “Lolong” Lazaro has already filed a Motion for Leave for Post-Conviction Remedies. (READ: Imee, Bongbong Marcos were beneficiaries of illegal Swiss foundations)

“I just learned that the Court has deferred release of the warrant of arrest because the lawyer of Mrs Marcos filed a motion yesterday asking leave of court to avail of remedies and deferment of issuance of warrant. The motion is set for hearing on Friday, November 16,” said Tang.

The Sandiganbayan has already ordered Marcos’ arrest, but has yet to issue the actual warrant.

Law professor and former Supreme Court spokesman Ted Te said that the release of the actual warrant should have immediately followed the arrest order, adding that “it is hard to explain why there is a delay in the warrant issuance and, consequently, service.” (READ: No more criminal case vs Imelda at Sandiganbayan; 1 civil case near decision)

For Te, Marcos should have already been arrested and sent to jail while the Sandiganbayan decides whether or not to grant her post-conviction bail.

“Her motion needs to be granted first before any other remedy may be availed of. Until it is granted, bail is denied and the warrant stands,” Te said.

Marcos was found guilty of illegally creating and maintaining private organizations in Switzerland, where they earned at least US$200 million from interest and investments for the “private benefit” of the former first family. – Rappler.com