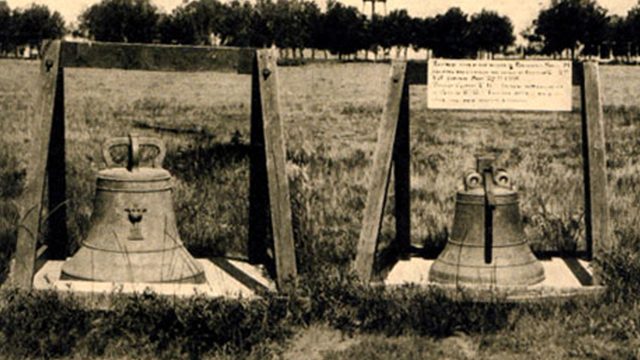 MANILA, Philippines (UPDATED) – The United States confirmed on Wednesday morning, November 14, that it is starting the process to return the historic Balangiga Bells to the Philippines.

US Defense Secretary James Mattis will lead a ceremony on Wednesday to mark the beginning of this process.

“The US Department of Defense has announced that Secretary Mattis will participate in a ceremony at F.E. Warren Air Force Base in Wyoming on Nov. 14, marking the beginning of the process to return the Balangiga Bells,” the US embassy in Manila announced.

The Balangiga Bells used to be found in Balangiga Church in Eastern Samar.

They were used in 1901 to signal a historic siege, now called the Balangiga Massacre, where locals outsmarted and killed 48 out of 74 US troops in 1901. This was considered the US military’s so-called worst single defeat in the Philippines. (READ: FAST FACTS: Balangiga Massacre)

Americans later took the Balangiga Bells as spoils of war.

Previous efforts by Filipino leaders to do the same did not succeed. In 1994, then Philippine president Fidel V Ramos requested Bill Clinton, then US president, to return the Balangiga Bells, but the US did not heed Ramos’ plea. – Rappler.com