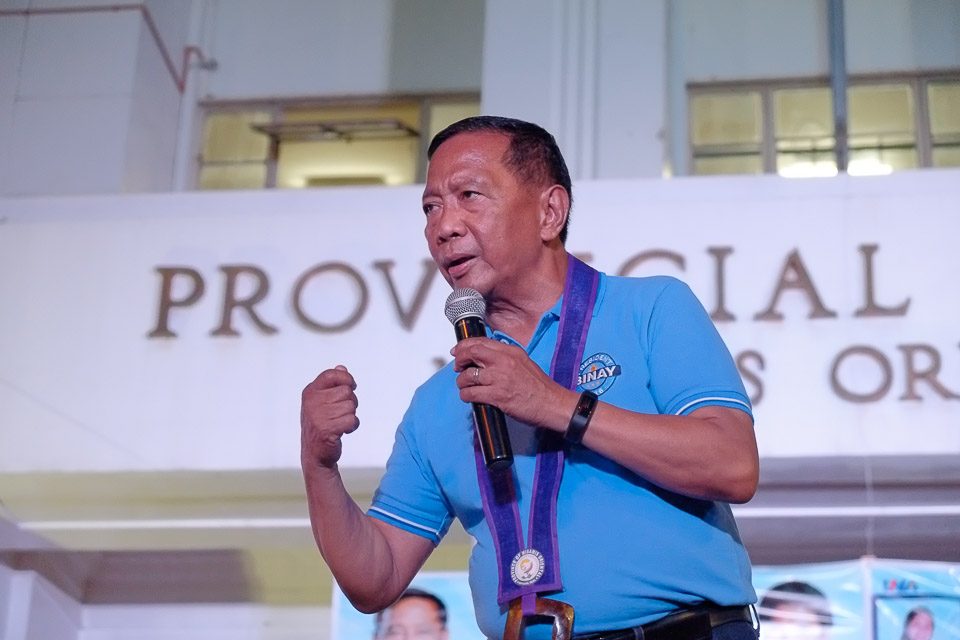 Facebook Twitter Copy URL
Copied
Former vice president Jejomar Binay says there should not have been an attempt to revoke the amnesty of Senator Antonio Trillanes IV, one of his most vicious critics

Trillanes was a key figure in the 20-month Senate investigation into multiple allegations of corruption and unexplained wealth against Binay who was Makati mayor for 21 years.

Some believe this Senate probe helped shatter Binay’s dream to become president in 2016.

Fast forward to 2018, Binay said at a media forum that he was not surprised when several of his supporters considered President Rodrigo Duterte’s attempt to revoke Trillanes’ amnesty as vindication for the former vice president.

Binay, however, backed Trillanes in his amnesty ordeal in a statement he made during the Kapihan sa Manila Bay forum on Wednesday, November 14.

(On the issue of Trillanes, there were people who approached me and told me, ‘You are now vindicated’…. But I told them that, as a lawyer, I subscribe to the law of the case…. What happened to Trillanes’ case was just too much.)

“Final and executory [ang kanyang amnesty], in the sense na ‘yung mga pangyayari thereafter eh talagang hindi na siya may kaso eh. Nakapagkandidato siya,” added Binay, who was featured in the forum in view of his bid to return to politics as a candidate for Makati congressman in 2019.

(His amnesty was already final and executory, in the sense that there were circumstances thereafter that proved he should not have an active case anymore. He was able to run for office.)

Duterte’s Proclamation No. 572 tried to revoke the amnesty granted to Trillanes in 2011, over his role in the 2003 Oakwood mutiny and the 2007 Manila Peninsula siege against the administration of then-president and now Speaker Gloria Macapagal Arroyo.

Trillanes sought the nullification of Duterte’s order before the Supreme Court, which threw the case back to the Makati Regional Trial Court Branches 148 and 150, which previously handled Trillanes’ cases.

Branch 150 Judge Elmo Alameda reopened the rebellion charges against Trillanes and ordered his arrest in the wake of Duterte’s proclamation. Trillanes posted bail worth P200,000.

The embattled senator then scored a victory at Branch 148, after Judge Andres Soriano junked the Duterte government’s plea to have Trillanes rearrested over previously dismissed coup d’etat charges. – Rappler.com