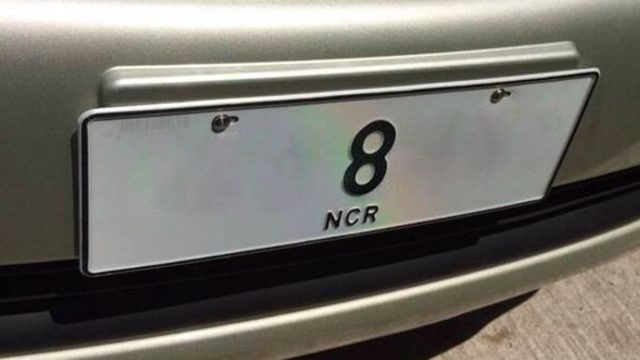 MANILA, Philippines – Speaker Gloria Macapagal Arroyo wants former lawmakers to return protocol license plates with the number 8 issued to them when they were still in office.

Ousted speaker Pantaleon Alvarez made a similar recall order in 2016.

This means only lawmakers under the current 17th Congress should possess No. 8 license plates.

“We would like to reiterate the memorandum issued by the secretary-general for all members of the House regarding the recall of protocol plate number 8, and I would like to read on record and reiterate to the members: We have received reports that certain vehicles with protocol plate number 8 have been spotted in indecent places or figured in crime-related activities,” said Andaya.

“In view of this development, the honorable Speaker has given instructions for the immediate recall of all protocol plates issued during the 16th Congress and earlier. Kindly return these car plates to the office of the secretary-general for proper acknowledgement,” he added.

Arroyo ordered the recall of the plates after the driver of an FJ Cruisier bearing the number 8 plate was caught on camera punching another driver of a red sedan in the middle of a road somewhere in  Angeles City.

Angeles City police said the man in the viral road rage video was a businessman and singer who lives in Quezon City, not a congressman.

Pampanga 1st District Representative Carmelo Lazatin II was linked to the incident after the driver of the FJ Cruiser supposedly claimed he was the lawmakers’ son.

Lazatin, however, said neither he nor his son was the driver of the FJ Cruiser. He also said he did not own the vehicle. – Rappler.com