Duterte at ASEAN Summit: ‘What’s wrong with my nap?’ 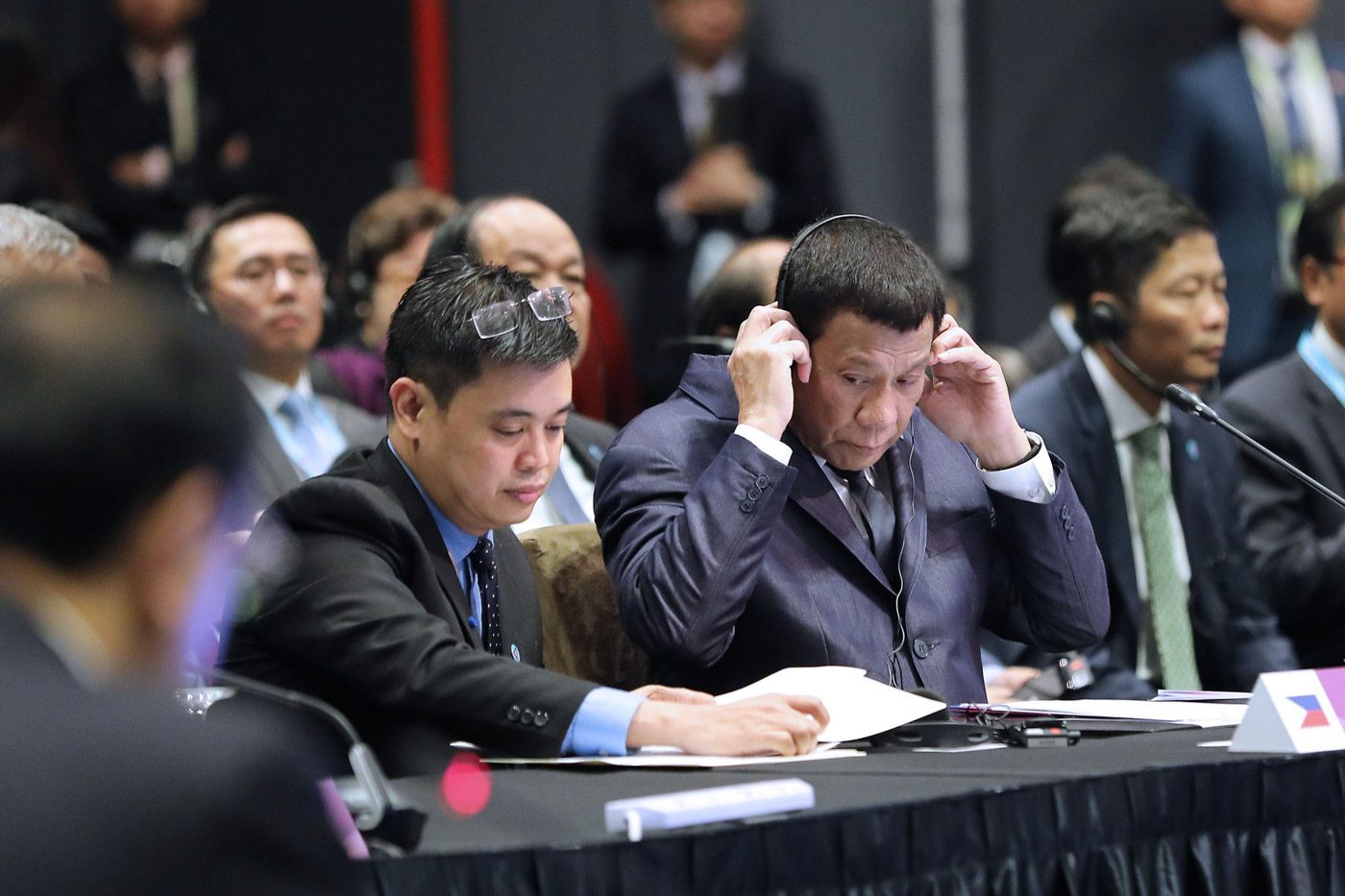 MANILA, Philippines (UPDATED) – Philippine President Rodrigo Duterte was up early on Thursday, November 15, after missing 5 major international gatherings the day before at the 33rd Association of Southeast Asian Nations (ASEAN) Summit and Related Summits in Singapore.

Duterte was able to attend the ASEAN-India Informal Breakfast Summit, the first event on Thursday which began around 8:30 am.

In a brief interview with reporters, Duterte said the “power naps” he took on Wednesday, November 14 – which led to his absence at the 5 ASEAN events – were not fully satisfying but would at least get him through his Thursday activities.

“Still not good enough, but enough to sustain the endurance for the last days. Why, what’s wrong with my nap?” he said.

The 73-year-old Philippine leader is the country’s oldest president upon assumption who has complained of a slew of ailments. But Malacañang on Wednesday said his naps had nothing to do with his health.

Duterte has 6 events on Thursday, including his bilateral meeting with Japanese Prime Minister Shinzo Abe.

Asked what issues he would raise with Abe, Duterte said, “About COC (Code of Conduct in the South China Sea) and, of course, trade and commerce and the [Korean] Peninsula impasse there.”

Thursday is his last full day in Singapore for the ASEAN Summit. He departs Thursday night for Port Moresby in Papua New Guinea where he will attend the Asia-Pacific Economic Cooperation (APEC) Economic Leaders’ Meeting.

Meanwhile, opposition Senator Antonio Trillanes IV said Duterte opting to take naps instead of attending important meetings was a “big problem” for the country, however Malacañang or the Chief Executive explained it.

“It could only be one of two things: he is either seriously ill that he could no longer perform his functions as President; or he is simply too lazy and irresponsible. Either way, that’s a big problem for our country,” Trillanes said. – Rappler.com