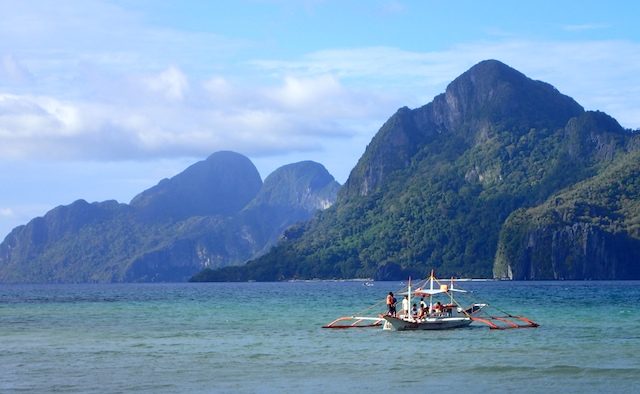 Facebook Twitter Copy URL
Copied
Erring business establishments will be temporarily closed until they fully comply with the requirements, including the self-demolition order on structures encroaching on the easement zone

El Nido town administrator RJ de la Calzada said the municipal government is assessing the progress of the self-demolition made by establishments that encroached on the easement zone along Corong-corong beach.

De la Calzada said the two-week ultimatum given to the erring establishment owners to comply with the easement policy lapsed this week.

“If they didn’t comply to the self-demolition order, we will issue a closure order next week,” he told Rappler.

De la Calzada clarified that the closure will be temporary, and will be lifted only after the business comply with easement and other policies.

The 50 establishments, he added, are in addition to the 22 establishments that had been ordered closed since the El Nido cleanup began earlier this year.

“The immediate action is that more DENR persons will be deployed in El Nido to assist the implementation of laws and rehab,” Assistant Protected Area Superintendent Carolyn Esmenda told Rappler.

Meanwhile, Esmenda said the protected area office will implement the carrying capacity policy in the Small and Big Lagoons, after  the second dry run from November 23 to 24.

Under the policy, only 40 tourists and 20 kayaks will be allowed inside the Small Lagoon for 30 minutes at a time, and twice that  number in the Big Lagoon for up to 90 minutes.

“The immediate instruction is to implement the carrying capacity policy for these areas, while waiting for the results of the comprehensive carrying cap study to be conducted by the DENR and DOT (Department of Tourism) covering other islands,” she added.

Earlier this week, the DENR Mimaropa announced that the fecal coliform level in Bacuit Bay within Barangays Masagana, Maligaya and Corong-corong has reached and been kept at normal level.

This means they met the safe level of 100 most probable number per 100 milliliters under the 2016 DENR’s water quality guidelines for Class SB waters or those suitable for public swimming.

The water testing result in Barangay Buena Suerte, while still high, had significantly decreased from 3,500 in February to 1,600 in September this year.