Rappler Talk: Eduardo Año on bringing Duterte to the grassroots 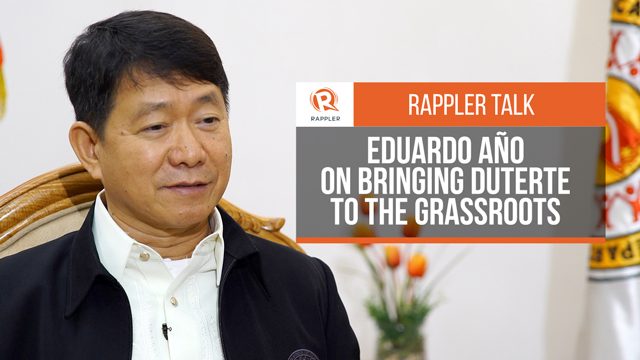 MANILA, Philippines – After a year of being the officer-in-charge, Eduardo Año finally becomes secretary of the Department of the Interior and Local Government (DILG).

And as he already knows too well, every promotion means more work and responsibilities. As the DILG secretary, all eyes are on him, now more than ever, as he implements the landmark promises of President Rodrigo Duterte down to the local level.

Observers describe Año as the new “little president,” given his power to write memorandum circulars and direct local officials, his supervisory powers to order the powerful Philippine National Police, and his clout to influence the choice of the real President himself.

From the war on drugs, to federalism, and to the extension of martial law in Mindanao, Rappler speaks to the usually silent Año to set the record straight on his position on these issues and to get a glimpse of what he plans to do next.