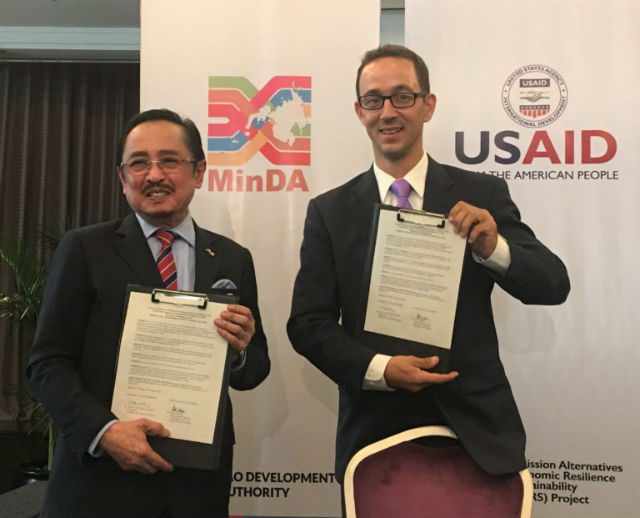 MANILA, Philippines – The United States government committed to provide an additional P595 million worth of assistance to economic, infrastructure, governance, and peace programs in Mindanao.

In a statement Thursday, November 15, the US said this brings to over P7 billion, total contributions to development aid in the Mindanao region. The 11-year-old agreement between the Philippines and the US is facilitated through a partnership between the United States Agency for International Development (USAID) and the Mindanao Development Authority (MinDA).

Acting USAID mission director Patrick Wesner and MinDA Chair Datu Abul Khayr Dangcal Alonto signed a memorandum of agreement (MOA) on the extension of funds to the Mindanao Peace and Development Assistance Agreement. They said it was also to be used for assisting residents affected by the Marawi siege in 2017.

“The US government reaffirms our commitment to walking alongside you and offering support as we relentlessly pursue our shared vision of prosperity and peace in Mindanao,” Wessner said. (READ: U.S. pledges P182 million more for displaced Marawi residents)

Marawi City Mayor Majul Gandamra recenrtly said what residents need most now are livelihood programs that would help them support themselves and their families.

According to the United Nations High Commissioner for Refugees (UNHCR), 353,921 families from the city and nearby towns were displaced at the height of the Marawi siege.

Meanwhile, over 64,000 families have returned to Marawi City as of August 2018, according to the Department of Social Welfare and Development.

Assessments of water, food, energy, and land resources in Mindanao were also discussed during the signing of the MOA. – Rappler.com