Arroyo wants House to focus on checking implementation of laws 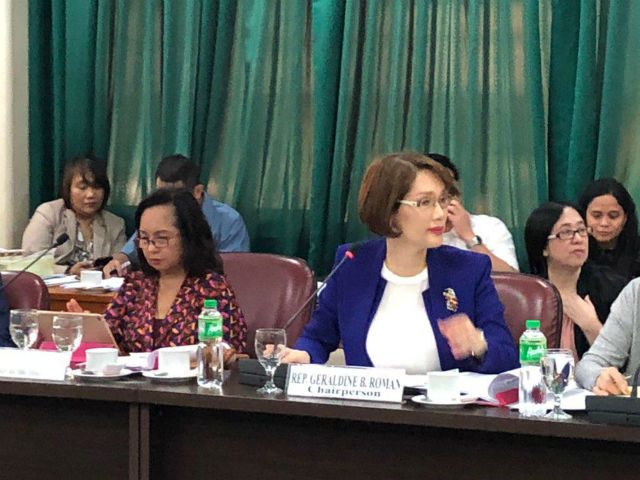 Facebook Twitter Copy URL
Copied
Speaker Gloria Macapagal Arroyo says this is what lawmakers should do in the remaining months of the 17th Congress, to help the executive branch 'strive for maximum results in the shortest possible time'

MANILA, Philippines – Speaker Gloria Macapagal Arroyo wants the House of Representatives to focus on assessing how laws are being implemented by the executive branch, now that the 17th Congress is approaching its last months.

The Speaker said this during the first meeting of the newly formed House committee on disaster management on Monday, November 19.

“Moving forward, implementation will now be the key to maximizing the benefits of our legislation. In this area, and this is the message I want to give to our disaster management committee, the additional oversight function of the legislature will be useful not only in regulating as has been expressed in the opening remarks of our chair but even more so in encouraging our implementers from the executive branch so that they can remain focused and strive for maximum results in the shortest possible time,” said Arroyo.

The Speaker told the panel chaired by Bataan 1st District Representative Geraldine Roman that it can exercise its oversight function by assessing the state of the government’s rehabilitation efforts so far in war-torn Marawi City. (WATCH: Marawi in 360: Inside the war zone)

The disaster management panel was tackling a bill seeking to provide compensation for loss or destruction of properties for victims of the Marawi siege.

But Arroyo said it may not be realistic to expect new bills to be passed in the remaining months of the 17th Congress.

“Because the reality is, at this late stage, it is very difficult to expect new legislation to happen. So at this point in time in our congressional calendar, it’s time for us to start focusing on our oversight functions. And maybe the No. 1 oversight function that we need to undertake in this committee is the oversight of Marawi rehabilitation,” said Arroyo.

Arroyo previously revived the House committee on oversight after the controversial House coup that made her the new Speaker in July, leading to the ouster of Davao del Norte 1st District Representative Pantaleon Alvarez.

Minority Leader Danilo Suarez, Arroyo’s ally, was elected as chairperson of the committee on oversight.

During the committee meeting, House and Urban Development Coordinating Council (HUDCC) Secretary-General Falconi Millar said the biggest obstacle they encountered in constructing permanent housing for displaced residents was the conflicting claims to lands.

Many residents do not have official titles for the land they occupy, while those who do have titles might find them overlapping with other claims. Government maps are not always reliable either. (READ: Messy land ownership in Marawi complicates rehabilitation)

Millar said the “most mature” permanent housing project so far is the one funded through the San Miguel Foundation, which targets to build 2,000 units in Barangay Mapintano and Barangay Kilala.

He estimated land acquisition for that particular housing project would be finished by the end of November, but construction would take another 6 months.

Arroyo then told Millar to closely coordinate with the disaster management committee and ensure the construction will not be further delayed.

“I would suggest that you lead the committee to go to the ground and sit through the start and see the construction,” said the Speaker.

The groundbreaking ceremony marking the start of Marawi rehabilitation was finally held on October 30, more than a year since President Rodrigo Duterte declared the city liberated from terrorists on October 17, 2017.

Failed talks with private firms and the government’s insistence on an ill-fitting joint venture agreement for Marawi’s reconstruction delayed the start of rehabilitation efforts. – Rappler.com