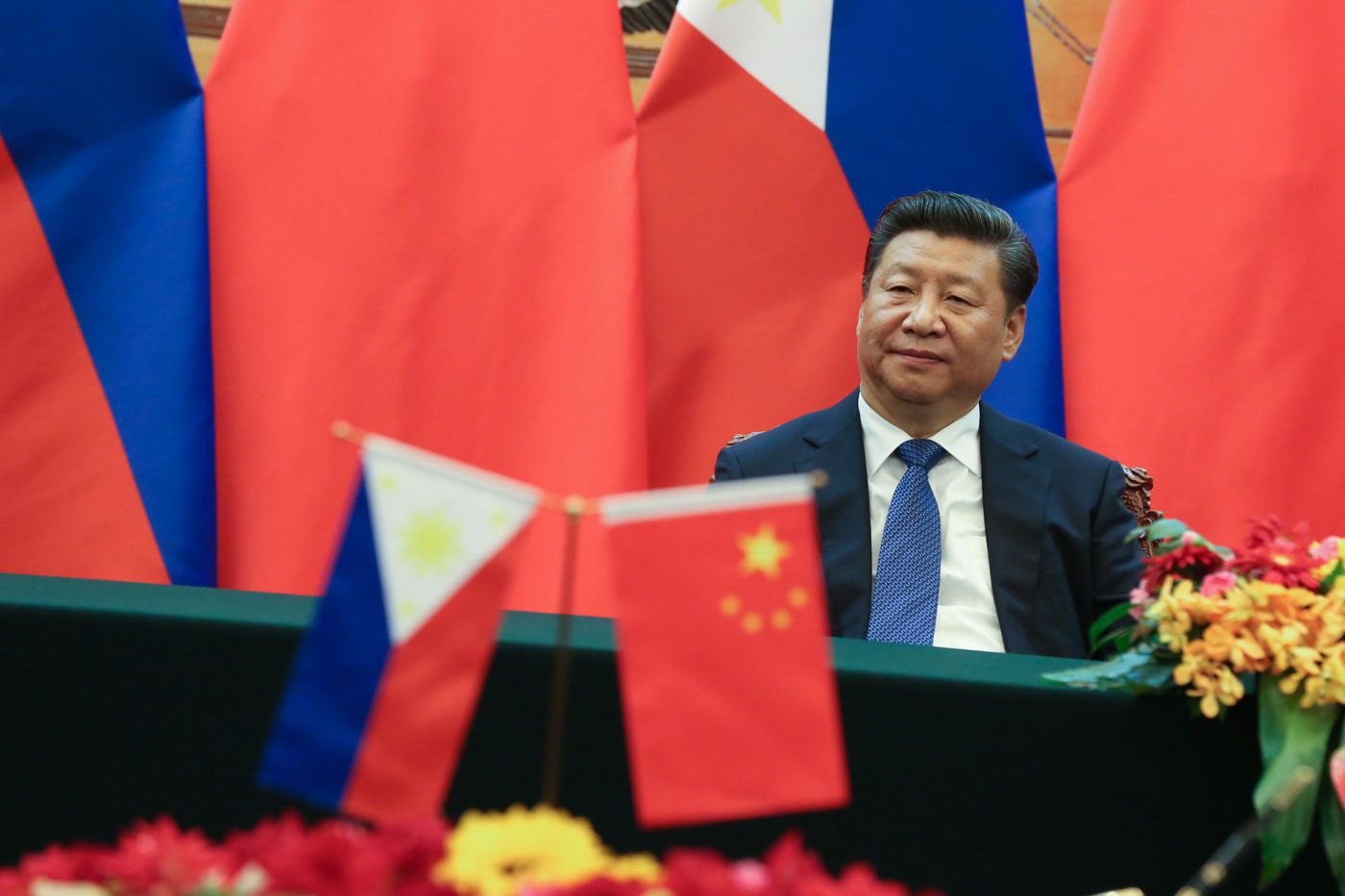 MANILA, Philippines – Long before the Philippines knew the United States, our ancestors already knew China. With such close friendship, Chinese blood even runs in the veins of many Filipinos, including our national hero Jose Rizal and leaders such as former president Benigno Aquino III and President Rodrigo Duterte.

Ties between the Philippines and China, in other words, stretch back hundreds of years – but power and money can complicate (not necessarily destroy) even the closest of friendships.

It is in this centuries-old context, complicated by a sea dispute and China’s economic rise the past few years, that we can view Chinese President Xi Jinping’s state visit to the Philippines from Tuesday to Wednesday, November 20 to 21.

Xi Jinping’s visit matters to Filipinos because of two major issues at stake:

Xi makes this trip as China redeems itself after losing the international case filed by the Philippines over the West Philippine Sea (South China Sea), and as China slugs it out with the US for dominance in the Asia-Pacific (or what the US now calls the Indo-Pacific).

The visit also comes as the Philippines redefines its foreign policy, with Duterte vowing to move away from Washington (despite his men doing otherwise on the ground), and with Foreign Secretary Teodoro “Teddyboy” Locsin Jr now classifying countries into 3: “friends,” “enemies,” and “false friends.”

While Duterte rolls out the red carpet for Xi, a harsh truth comes out hours before his arrival: most Filipinos gave China a “poor” -16 net trust rating in a Social Weather Stations (SWS) survey held in September but released only that day. This is a far cry from the “very good” +59 net trust rating of the US and the “moderate” +28 net rating of another Chinese rival, Japan.

At the same time, 84% of Filipinos reject the Duterte administration’s policy of doing nothing about China’s intrusion in the West Philippine Sea, said the SWS. (READ: LIST: Schedule of protests during Xi Jinping’s PH state visit)

Xi Jinping: ‘Rainbow after the rain’

Though China remains unpopular with Filipinos, Xi said in a statement on Monday, November 19, “I am full of expectations as I am about to set foot on this beautiful land, an ever-growing nation and home to an honest and friendly people.”

Xi then praised Duterte because under him, the Philippines and China “have reengaged in dialogue and consultation for the proper handling of the South China Sea issue.”

“Our relations have now seen a rainbow after the rain,” Xi said.

Gregory Poling, directory of the Asia Maritime Transparency Initiative of the Washington-based Center for Strategic and International Studies, said Xi’s state visit to the Philippines is symbolic.

“It is an important symbol of the closer ties between Presidents Duterte and Xi, and I expect both leaders will seek to drum it up for domestic political gain,” Poling told Rappler, as both sides “are expected to sign a bevy” of memorandums of understanding and other agreements.

“But much as happened during President Duterte’s October 2016 and May 2017 trips to China, those agreements will be more about political theater than concrete gains,” Poling said.

“Manila is really going out on a limb in the hopes of changing Beijing’s long-term behavior, but so far China hasn’t followed through. Chinese direct investment in the Philippines is still miniscule, there is no sign that a South China Sea joint development deal or a code of conduct are coming any time soon, and military-to-military relations have been limited to some small arms transfers and symbolic visits,” the analyst explained.

Other experts meanwhile continue to warn about China’s loans and grants. For analysts Walden Bello and Ia Denise Maranon, economic largesse from China “is turning into a debt trap even as the strategic situation of the Philippines gets worse.”

Former foreign secretary Albert del Rosario, under whose watch the Philippines sued China, said Xi’s visit “underscores the future of the relationship between the Philippines and China.

“Our peoples have had centuries-old ties that predate the advent of the West in Asia. Today, as Asia surges forward as one of the most economically dynamic regions, we hope to look forward to a closer cooperation by building on the foundations of our long-standing traditional friendship,” Del Rosario said in an open letter to Xi.

Del Rosario said he hopes China “will pursue the wise path of moderation, reason, and fairness with China taking into full account the legitimate national interest of its neighbors.”

“Given its stature and power, Your Excellency, it is imperative that China play its proper role in adhering to the rule of law to preserve stability, security, and peace in the world so that we may all continue to pursue our aspirations for development and progress,” Del Rosario told the Chinese president.

After centuries of friendship between Manila and Beijing, what kind of visitor will Xi Jinping be – in Locsin’s words, will he be a friend, enemy, or false friend? – Rappler.com