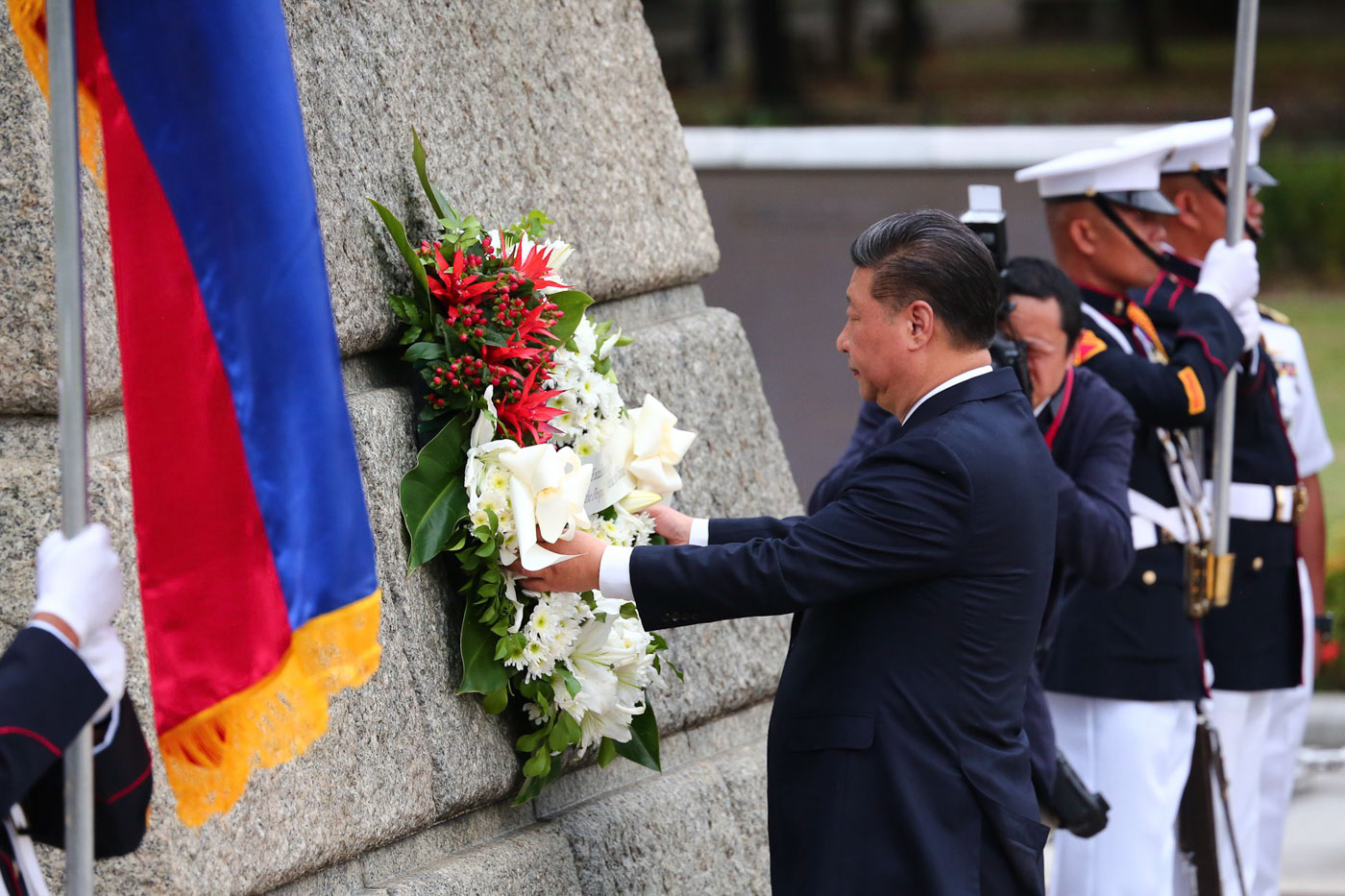 MANILA, Philippines (UPDATED) – Chinese President Xi Jinping honored Jose Rizal, a Filipino hero with Chinese roots, as he began his official activities for his two-day state visit to the Philippines.

Xi led a wreath-laying ceremony at Rizal Park in Manila at around 4:30 pm on Tuesday, November 20, the first day of his state visit.

He was accompanied by former president and now Manila Mayor Joseph Estrada, while a band played “Pilipinas Kong Mahal (My Beloved Philippines),” a song that speaks of offering one’s life for the country’s freedom.

In an article on Monday, November 19, Xi mentioned Rizal among notable Filipinos with Chinese ancestry. 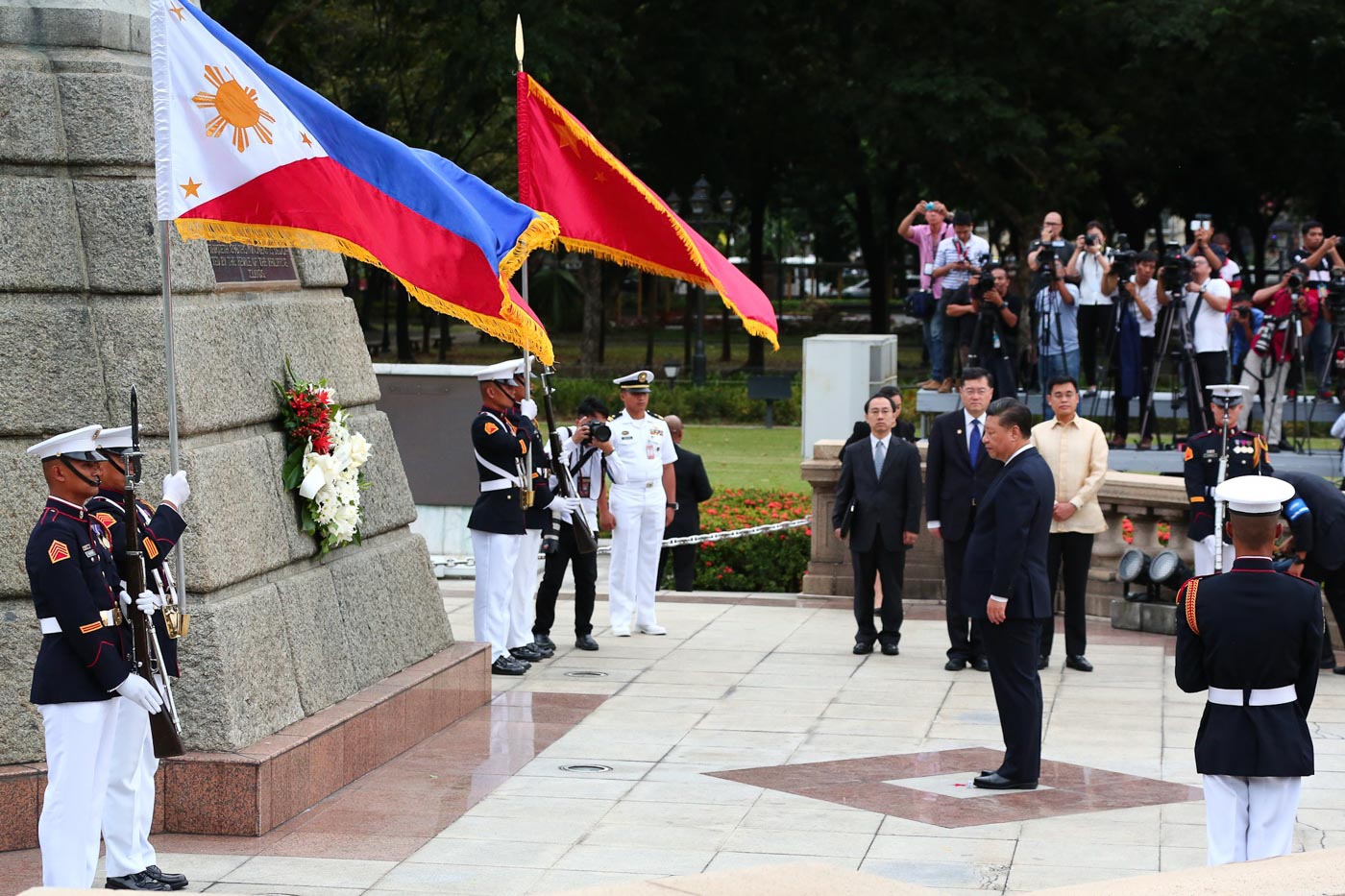 “Many born on the southeast coast of China sailed across the sea to settle down in the Philippines and have since lived in harmony with the local community,” Xi wrote.

“The ancestors of José Rizal, national hero and founding father of the Philippines, came from Jinjiang of China’s Fujian Province. The famed Chinese General Ye Fei, who fought for the founding of New China, was born in Quezon of the Philippines. For both our peoples, these are proud names to remember,” the Chinese president added.

Xi was a former governor of Fujian, the province of Rizal’s ancestors.

Xi then proceeded to Malacañang to meet with President Rodrigo Duterte and other Cabinet members, and to witness the signing of agreements.

“Ladies and gentlemen, I would like quote the words of Dr Jose Rizal: ‘It is a useless life that is not consecrated to a greater ideal.’ These stirring worlds of the founding father of the modern Philippines speak the minds of the Chinese as well as the Filipino people,” Xi said in his joint press conference with Duterte.

In his speech at the state banquet in his honor, Xi pointed out that Rizal “led the struggle against colonial aggressors and made the ultimate sacrifice for which he will always be remembered by the people of this country.”

“Some of you may not know that his ancestry could be traced back to Jinjiang City in China’s Fujian Province where there is also a monument dedicated to him and where his heroism is widely known. Jose Rizal is not only the father of this nation but also a symbol of fraternal relations between the Philippines and China,” the Chinese president said.

Xi then compared Duterte to Rizal, as he praised the Philippine leader for the “turnaround” in ties between the Philippines and China.

“I commend the President for taking on Jose Rizal’s mantle and for his commitment to an independent Philippines,” Xi said of Duterte. – Rappler.com