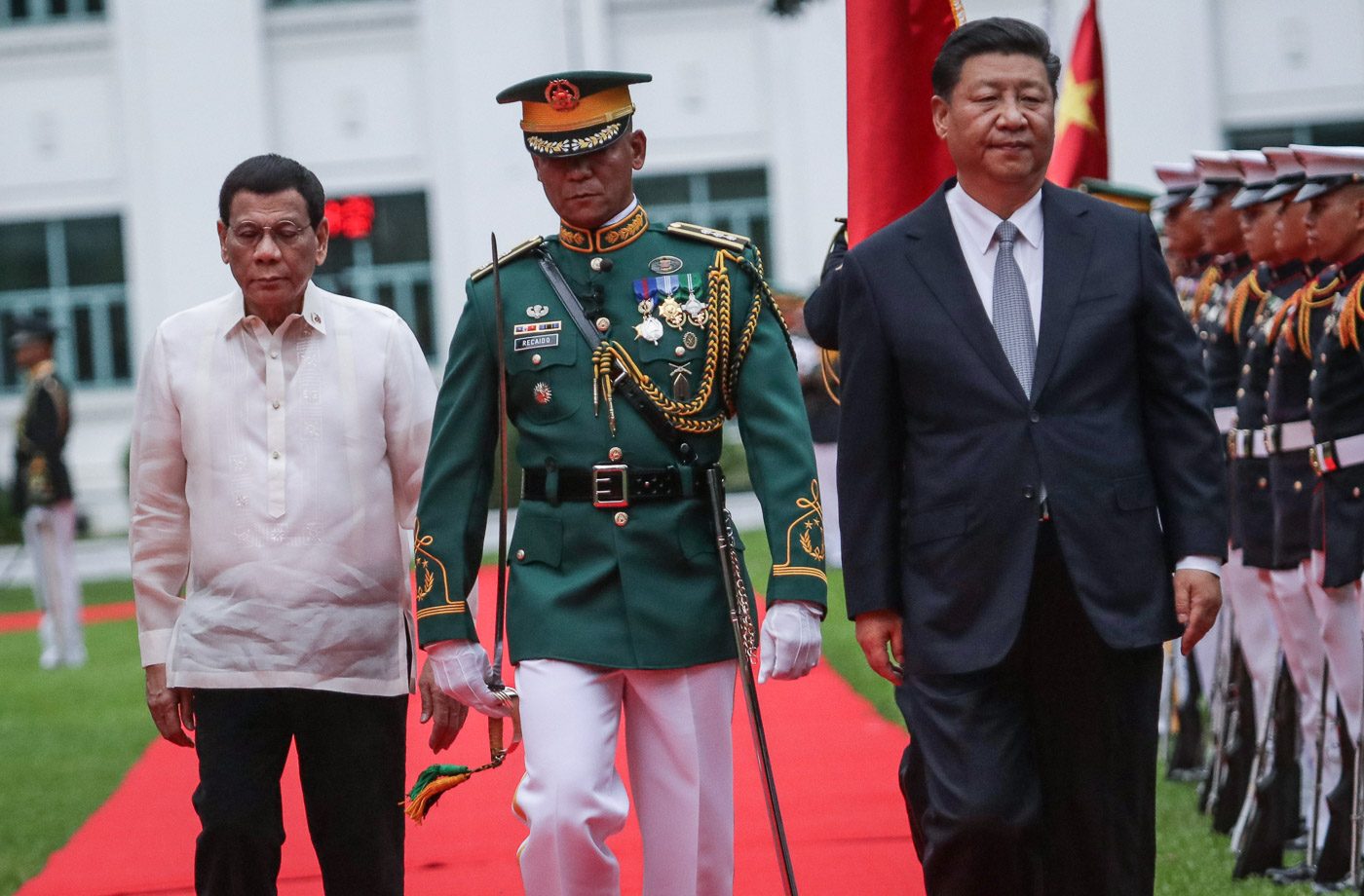 MANILA, Philippines – Chinese President Xi Jinping, in a historic visit to Manila, said the only “correct choice” for the Philippines and China is cooperation and being “good” neighbors.

“China and the Philippines are close neighbors with a thousand-year history of exchange; good neighborliness, friendship, and winning cooperation is our only correct choice,” he said through an interpreter in his opening remarks at the start of an expanded bilateral meeting with President Rodrigo Duterte in Malacañang on Tuesday, November 20.

Xi was flanked by his own ministers in the Aguinaldo State Dining Room, and faced Duterte and his Duterte and his Cabinet members seated on the other side of the long table.

The visiting leader emphasized the geographic proximity of China and the Philippines, saying the two countries will “always be good neighbors.”

He appeared to take a veiled swipe at other countries vying for influence in Asia as he spoke of a winter in the “northern part” of the globe compared to the mild weather in Manila, his host until Wednesday, November 21.

“As we speak, it is already winter in the northern part of the globe but here we are still enjoying refreshing breeze and exceptional scenes and this is exactly what China-Philippines relationship is like today. I am satisfied to see the growth in our relations and indeed I have been loking forward to this trip a long time ago,” said Xi.

He spoke of the supposed fruits of the now warmer ties between Manila and Beijing – how it has brought “benefits to our two peoples” and has made a “contribution to “peace and stability in the region.”

Xi also said he was touched by the “welcoming crowd of local people and young students” that greeted him upon his arrival earlier that day. (READ: Red-carpet PH welcome for Xi Jinping amid protests)

In his opening remarks, Duterte described the  two-day state visit as a “landmark moment” in Philippines-China ties.

“We have turned a new page and we are ready to ride a new chapter of openness and cooperation,” he said.

The Philippine leader said Xi’s visit would be a time to “review the progress we have made” and to proceed with an “enhanced partnership all in the spirit of friendship, mutual understanding, and respect for sovereign equality.”

Duterte looked up at the mention of “sovereign equality” while Xi could be seen nodding his head solemnly.

The two leaders are expected to witness the signing and exchange of around 30 agreements, Foreign Secretary Teodoro Locsin Jr said in an earlier interview with reporters.

Before the Malacañang meeting, Xi had been treated to a red carpet welcome on Palace grounds. Duterte, accompanied by daughter Davao City Mayor Sara Duterte, met Xi at the Palace gate.

After military honors and the inspection of the honor guard by the two presidents, Philippine cultural dances were performed for Xi as he and the two Dutertes walked down the red carpet toward the main Palace building.

Xi signed the Malacañang guestbook, a tradition for important Palace guests. From there, the two proceeded to their expanded bilateral meeting. – Rappler.com