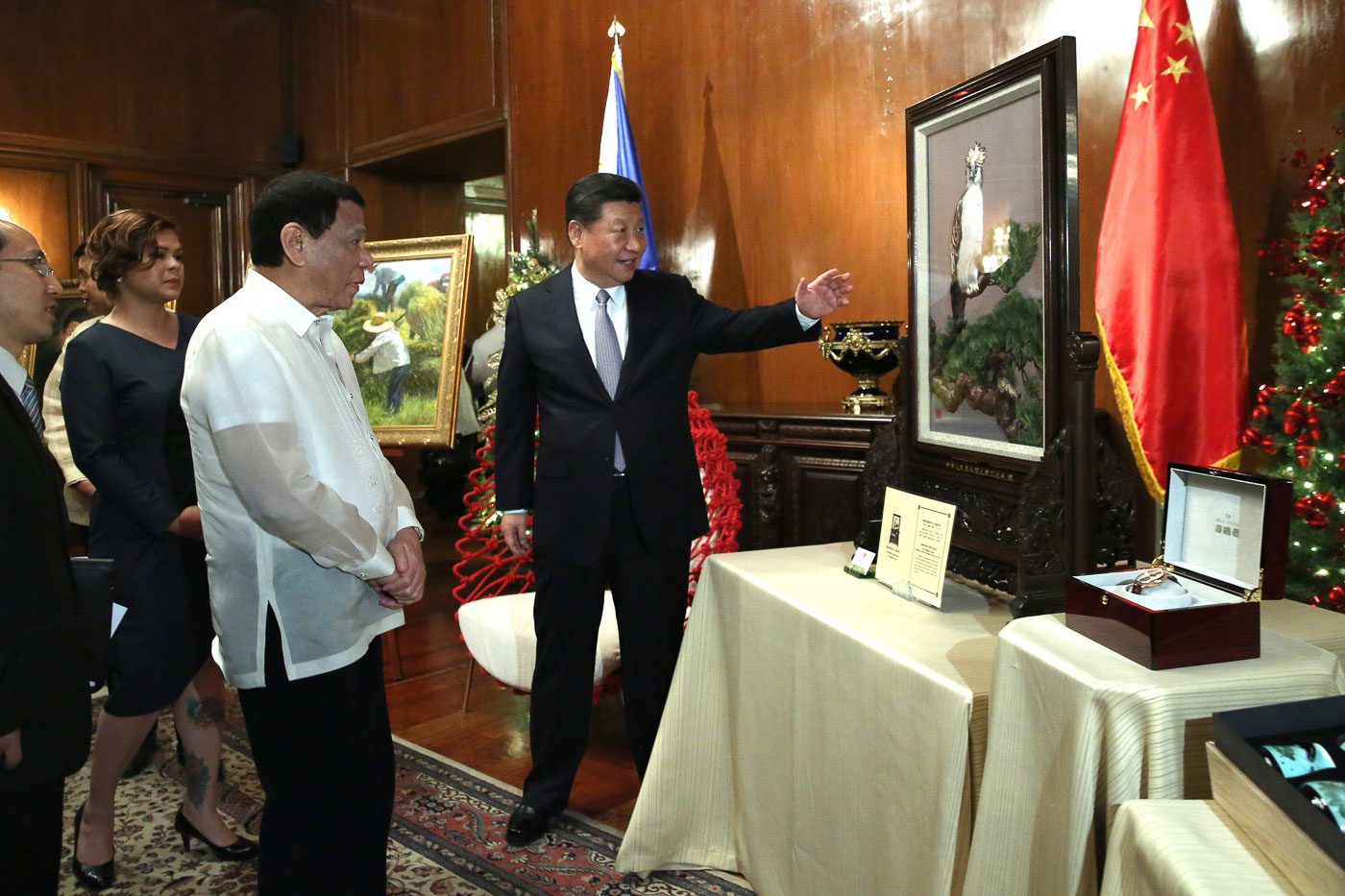 Facebook Twitter Copy URL
Copied
President Rodrigo Duterte has visited China every year of his presidency, while he refuses to visit the United States

“I have extended a sincere invitation to President Duterte to attend the second Belt and Road forum for international cooperation, which China will host next year to discuss China-Philippines cooperation,” said Xi in a joint press conference with Duterte on Tuesday, November 20.

The BRI refers to China’s revival of an ancient trading route so that it can link Asian markets with economic circles in Europe. A memorandum of understanding on the BRI was signed on Tuesday, during Xi’s state visit to the Philippines. (READ: FAST FACTS: China’s Belt and Road Initiative)

Duterte has visited China every year of his presidency: the first time, a state visit in October 2016, the second to attend the Belt and Road Forum in May 2017, and the 3rd to attend the Boao Forum in April 2018.

Duterte has vowed to move away from Washington, and closer to Beijing, as he detests so-called American interference in his bloody anti-drug campaign.

Xi invited Duterte to China again as the Chinese leader was visiting the Philippines. It was Xi’s second time in the Philippines as president, but it was the first time he was making a state visit, the highest level of visit a leader can make.

Xi’s current trip is the first state visit to the Philippines by a Chinese president in 13 years. – Rappler.com