Nov 23, 2018 12:53 PM PHT
Lian Buan
Facebook Twitter Copy URL
Copied
While the en banc awaits the proposed guidelines of reporters' associations, it orders the Muntinlupa Regional Trial Court to let in as many reporters as can be accommodated in the hearings 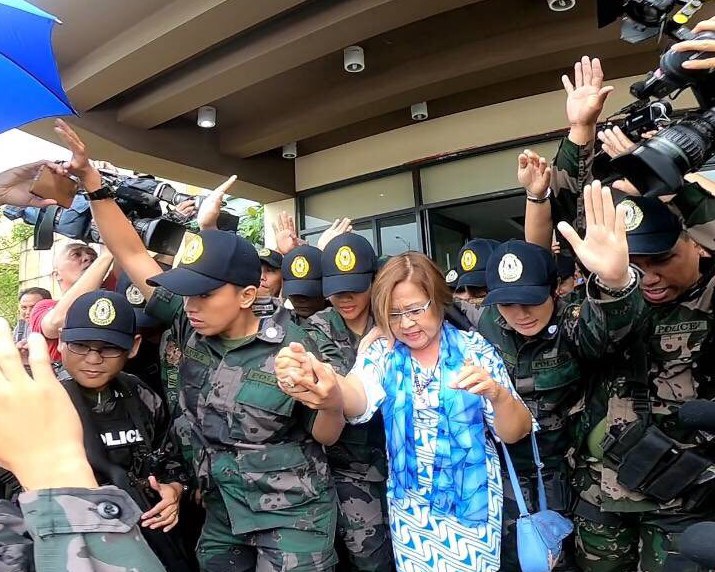 MANILA, Philippines – The Supreme Court (SC) has ordered the Muntinlupa Regional Trial Court (RTC) to allow media access to the ongoing hearings of detained opposition Senator Leila de Lima, who is on trial for 3 counts of conspiracy to commit illegal drug trade.

“The Branch Clerk of Court of the RTC-Muntinlupa is, in the meantime, directed to grant courtroom access to as many media representatives as may be accommodated,” said the en banc in a notice sent to this reporter on Friday, November 23.

The en banc was acting on a letter-request of Rappler.

Muntinlupa RTC Branch 206 Judge Lorna Navarro-Domingo had restricted reporters’ access to her courtroom. She was one of the two judges handling De Lima’s cases, but inhibited  on November 5.

Domingo verbally denied Rappler’s written request to cover the hearings, prompting this reporter to send a letter-request to the High Court on June 22.

In the resolution issued October 16, the SC technically deferred action on the request as it asks reporters’ associations to propose final guidelines. But the Court said that while the guidelines are still pending, the Muntinlupa RTC shall open the courtrooms to journalists.

“The number of media representatives to be granted access shall be no less than 4, and the determination of those who will be allowed inside shall be by drawing lots, which procedure shall be facilitated by the Branch Clerk of Court,” said the en banc.

The en banc added, “As manifested in the letter-request, no cameras and any other recording device shall be allowed inside the courtroom.”

The voting was unclear in the notice of resolution, but it indicated that Associate Justices Francis Jardeleza and Alexander Gesmundo were unable to vote because they were on leave.

Restricted media access was among De Lima’s grounds for a motion for inhibition against Domingo. Without upholding the argument, Domingo voluntarily inhibited, making her the 4th judge  in the De Lima case to inhibit. One judge opted for early retirement.

(Why is media being denied the exercise of part of their profession to be a watchdog and inform the people of what went on in the hearing? Is there something to hide, cover up, or  anything feared to be disclosed to the public?)

De Lima also slammed police escorts who she said were “getting more and more unreasonable” with their restrictions. Recently, De Lima and reporters alike complained that the police escorts would all loudly cough whenever the senator was trying to say something in an interview.

The verbal denial of this reporter’s request in Domingo’s sala came after some police officers tried to order members of the media out the courtroom in a hearing on June 22. Told of a pending written request, the verbal denial came almost instantly.

De Lima’s trial has moved at a slow pace, but drug convicts are about to start testifying against her. The opposition senator said the use of the convicts as state witnesses is illegal because it supposedly violates the rule that government witnesses  must not have been convicted of offenses involving moral turpitude.

Technicality protects the Department of Justice in this aspect. – Rappler.com