Q and A: Judge in PH-China case on why ruling is not ‘useless’

Nov 27, 2018 10:30 PM PHT
Paterno Esmaquel II
Facebook Twitter Copy URL
Copied
'It's in the interest also of China to be accepted as a good neighbor,' says Judge Stanislaw Pawlak, one of the 5 judges in the Philippines' case against China, on Rappler Talk 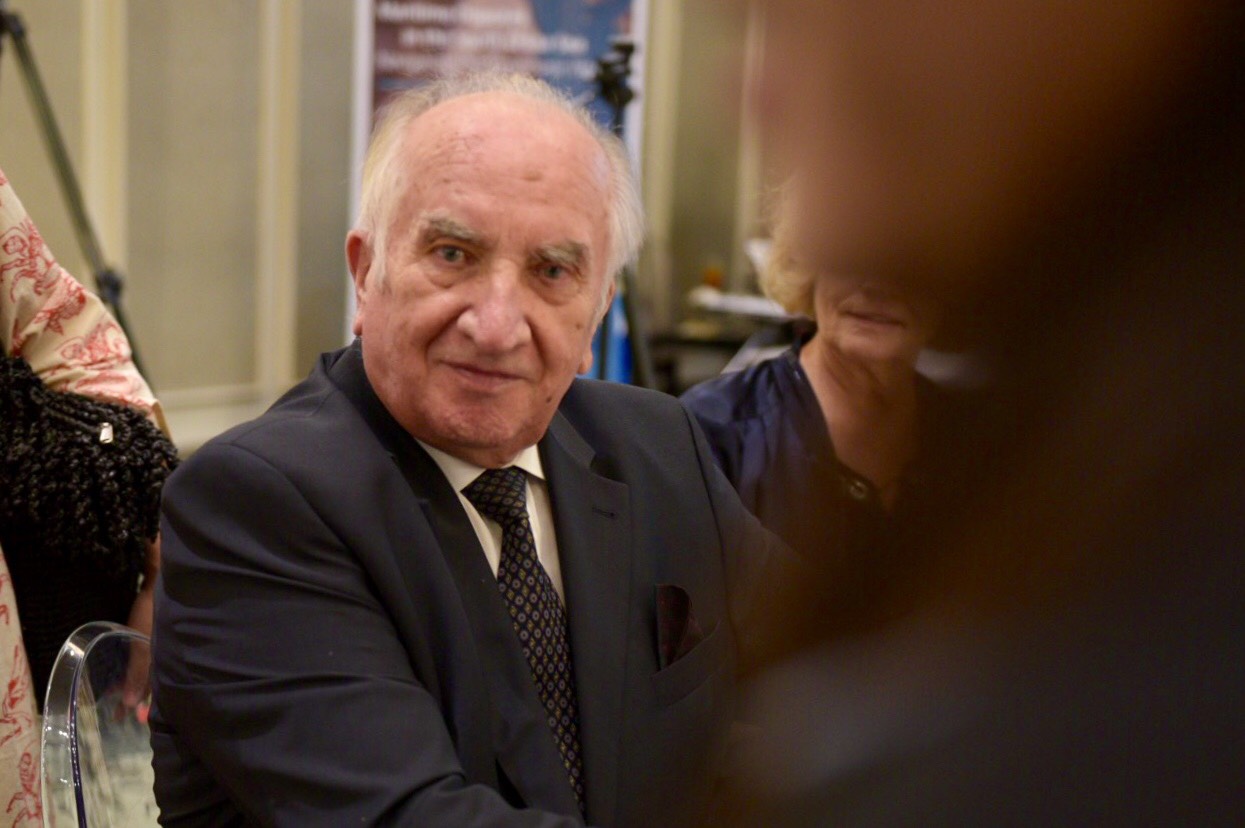 MANILA, Philippines – While there is no international police to enforce the ruling, the Philippines’ legal victory against China over the West Philippine Sea (South China Sea) can pressure China to behave for the sake of its economic and security interests.

Judge Stanislaw Pawlak, one of the 5 judges in the Philippines’ case against China, explained this in a Rappler Talk interview conducted on Friday, November 23, and aired on Tuesday, November 27.

“It’s in the interest also of China to be accepted as a good neighbor and also to have good trade with neighbors,” he added.

Pawlak, 85, is a Polish diplomat who belongs to the International Tribunal for the Law of the Sea, and whose experience in diplomacy spans more than 60 years. He recently visited Manila and spoke at a forum on the West Philippine Sea, organized by Konrad Adenauer Stiftung.

Pawlak’s explanation comes days after Salvador Panelo, spokesperson of Philippine President Rodrigo Duterte, claimed that the Hague ruling on the South China Sea is “useless” for now. “Who will enforce it? There is no power on earth presently that can enforce it,” Panelo said in a recent media briefing.

Acting Chief Justice Antonio Carpio earlier said, however, that “a core part of the award is being enforced by the naval powers of the world” whenever they sail or fly over the South China Sea to assert freedom of navigation and overflight.

While the Philippines won this case in July 2016, the Duterte administration has decided to set aside the ruling because the President fears offending China, wants more loans and grants from the Chinese, and claims that China has threatened war against the Philippines.

Here is part of our Rappler Talk interview with Pawlak:

RAPPLER: Judge Pawlak, many people in the Philippines say that the ruling was useless because there is no international police that can enforce the ruling? As a judge, how would you respond to these kinds of feedback?

RAPPLER: Because in internal law, there would be policemen to enforce it?

RAPPLER: Yeah. You can jail your opponent.

PAWLAK: Yes. But international law is based mosty on reciprocity.

RAPPLER: What does that mean?

PAWLAK: It means that if you are doing something wrong, you will be not accepted. But if you are doing good things, the other party should do the same. And if you are hostile to another country, that country is expected to be hostile to you. And this reciprocity question is important to diplomatic situations. You have a diplomat in your country and in my country. If we treat your diplomat badly, you have, in retort to me, to treat my diplomats badly. So this reciprocity goes. This is one principle.

And of course this is a question of general international law. General international law, as you mentioned rightly, has no police, has no prison. But it’s a kind of long-term interest. I think it’s better to have, for one country with another country, friends than enemies, because this is reciprocity: If you’ll be unfriendly to me, I’ll be unfriendly to you. And in the long run, I think economic interests, security interests, will prevail.

RAPPLER: What do you mean when you say that in the long run, economic interests will prevail?

RAPPLER: What do you mean?

PAWLAK: I mean that you expect that instead of having enemies and to defend yourself, you have a friend who will not attack you.

RAPPLER: And will give you money.

But I think the most important is good faith, because once you sign an agreement like UNCLOS, all parties should fulfill the obligations which are there and be entitled not only to have a good document but to have your interests protected. And you cannot expect that the other parties in this convention have more privileges than you have, otherwise everybody will be not equal.

RAPPLER: But China is more powerful militarily and economically, and they can always say that, you know, “We are richer than you so you have that ruling but we have the money. We have the arms.”

PAWLAK: This is a question of big-power policy. So this is a subjective approach to this. I understand and respect Chinese interests. I admire this country for its culture, for the activity and position in the world, but also expect that China will be dealing with the neighbors and not only neighbors based on the law, not on their own interests only.

PAWLAK: Because they are equal to others. And I think this equality will be the basis for cooperation. Otherwise in the United Nations, every small country, be it the United States, China, or Russia, or Palau, or Malta, have one voice and one vote. The Security Council has more responsibility, permanent members have more responsibility. But otherwise every state is equal, and once you have an agreement, you expect your partner will do the same. As a matter of fact, China got a match from UNCLOS because the UNCLOS granted China, like to other countries, their zones, territorial waters, adjacent waters, continental shelf, and the economic free zone. So if China got it, it’s about, I don’t know, about 40% of all of this 9-dash line area. But no more.

RAPPLER: What can a 500-page ruling do against a powerful country like China?

PAWLAK: You cannot compare these because paper is paper. But the contents of the paper are important.

RAPPLER: So what can the contents of this paper do against a powerful country like China?

PAWLAK: I think people in China, like we, like people in Europe and America, they have to stick to the principles of international law. Those principles are simple – every state is equal. And every state has equal rights.

There are no privileged states anymore. There are 5 super powers or 5 permanent members of the Security Council. They have additional obligations. They are responsible for peace and security of mankind, the whole world. But they have no other privileges.

Of course from a political point of view, the big powers try to influence others because of the military might, economic might, population might. But this is only a question of their own vision of themselves. But in law, everybody is equal, like in, say, internal systems. There are no citizens which have more privileges than others. They’re one state, they have the same privileges, same obligations.

But wisdom should prevail over the short-run interests. Wisdom is to have better friends. Otherwise you have the law of the jungle. – Rappler.com