Nov 29, 2018 9:41 AM PHT
Randy V. Datu
Facebook Twitter Copy URL
Copied
(UPDATED) Senators urge the Philippine National Police to 'use the full force of the law' to solve the murder of prominent businessman Dominic Sytin, regarded as one of the pillars of the Subic Freeport Zone 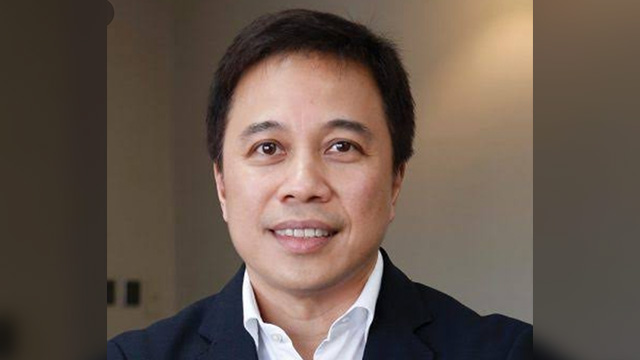 The victim was identified as Dominic Sytin, president and founder of United Auctioneers, a company engaged in the importation of secondhand vehicles.

Witnesses said Sytin was about to enter the Lighthouse Resort and Hotel with some companions when the suspects approached him and shot him in the head.

Sytin was dead on the spot while a still unidentified person was wounded in the attack.

The suspects got away using a motorcycle. Authorities are still investigating the motive for the killing.

“This is sad news for us, not only because a prominent businessman who has been a very active member of the Subic Freeport community has fallen prey to violence, but also because one life has been snuffed out just like that,” SBMA chairperson Wilma Eisma said in a statement.

“We condole with the family of the victim and pray with them that the perpetrators of this dastardly crime be identified at the soonest possible time so that justice can be served,” she added.

Eisma said the SBMA is working with the Philippine National Police and other investigating units.

“I have ordered at 7:28 pm a lockdown at all the Freeport gates as soon as I heard the sad news. I have also directed the SBMA SWAT team to double security at the gates and to thoroughly examine each person and every vehicle prior to their exit,” she said.

Senators on Thursday urged the Philippine National Police (PNP) to “use the full force of the law” solve the case.

“We condemn the drastic killing of our good friend and philanthropist Dominic Sytin…. We all call on the investigating body to use the full force of the law in catching the perpetrators,” said Senate Majority Leader Juan Miguel Zubiri.

Senators Nancy Binay, also a friend of the slain businessman, made the same call.

“I urge the PNP to thoroughly investigate the incident, and action must be taken against the culprits. I know that mere condemnation won’t be enough, but justice must be served,” she said.

Senator JV Ejercito condemned what he called a “cowardly act of violence against a good man” with “no known enemies.”

“This vile deed, committed through treachery, should not be countenanced. Hence, I am urging the authorities to resolve this case with dispatch and immediately bring to justice the perpetrators,” Gordon said.

“His niche was not in fancy cars that ferry people from point A to B, but in vehicles which move the economy forward. He made heavy equipment affordable to the small businessman, the countryside trader, to the promdi farmer, and to local governments,” Recto said.

“His was the classic story of guts and grit. He inherited neither great wealth nor a famous name. Far from being discouraged, he harnessed these handicaps to fuel his dream,” he added.

Recto noted that Sytin and his brothers’ businesses include a car assembly plant in Clark, resorts, and one of the Philippines’ biggest chemical companies.

“I am confident that his dreams will not die with him.

He was a good friend to me, as he was to many others, from all walks of life, in all parts of the country. He was a UP double business major who was a source of brilliant ideas. His death must be given justice, and his works honored,” Recto said.

Sytin is also known in sports circles, being a supporter of athletes in his alma mater, the University of the Philippines. UP athleters mourned his loss and condoled their condolences to his family.