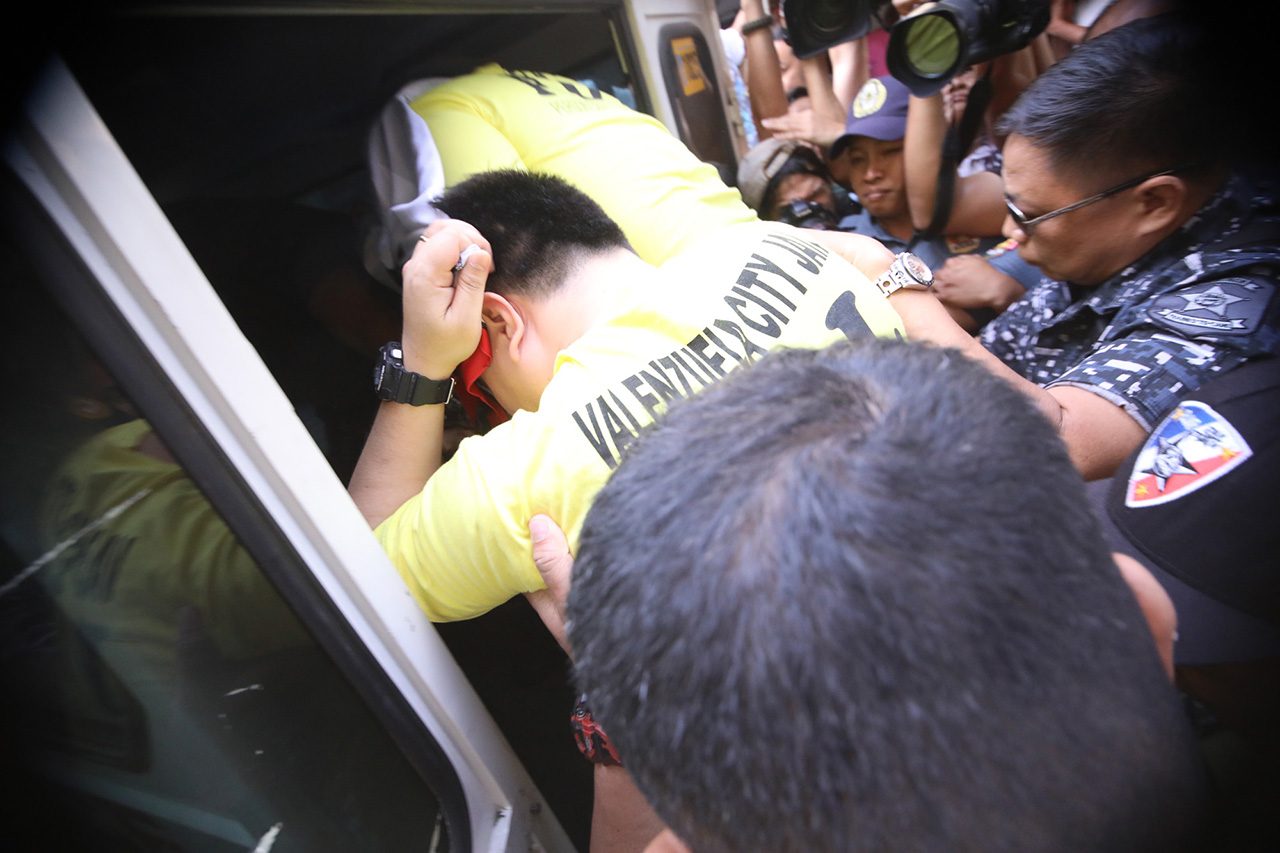 MANILA, Philippines – The guilty part does not define the whole.

This was how the Philippine National Police (PNP) looked at the conviction of 3 of its men in the murder of 17-year-old Kian delos Santos during an anti-illegal drugs operation in August 2017.

“This is not a perfect world. Any system is not perfect, so whether we like it or not there may be some quirks along the way, or flukes along the way, outliers. So this may be the case,” PNP spokesman Chief Superintendent Benigno Durana said in a Camp Crame briefing on Thursday, November 29.

“But this case does not define the whole picture in the way we wage our campaign against illegal drugs,” he added.

He was asked whether the PNP would even temporarily relent in its anti-drug campaign after the conviction of the Caloocan cops.

The 3 cops killed Delos Santos defenseless during a city-wide implementation of Oplan Galugad (Oplan Search) in August 2017. Cops first reported that the kid shot at them first with his own gun as they were searching for drug suspects, but CCTV footage and witnesses pointed to cops dragging him, and then shooting him in the back of his head while handcuffed and kneeling.

According to Durana, President Rodrigo Duterte and police chiefs had repeatedly said the government would only defend cops if they execute the anti-drug campaign within the bounds of law. (READ: Shoot to kill? Duterte’s statements on killing drug users)

He added: “So this particular incident does not define the entire, these 147,000-plus police operations so far conducted by the PNP. A tree does not define a forest, ‘ika nga (as they say).”

Durana said, however, that the case should serve as reminder to all cops not to exploit the government’s anti-narcotics campaign.

“This case can serve as a reminder for the rest of our personnel to be extra diligent in fulfilling the requirements of the law as we serve and protect our citizens,” Durana added.

The conviction of cops in the Delos Santos case taints the government count of almost 5,000 suspects killed in anti-drug operations. Until Thursday, cops had maintained all those killed had fought back against law enforcers.

Human rights groups count around 20,000 killings, however, as they also include killings carried out by vigilantes emboldened by the government’s so-called war on drugs. – Rappler.com